Interestingly, he actually likes the Model S overall and has plenty of positive information to share, too.

Tesla Model S owner and YouTuber Jesse Tyler Ridgway published a video about his overall experience with Tesla ownership. Of course, it got our attention since the title is as follows: "My Tesla Model S Regrets | How I Wasted $167,000.00."

This appears to be another case of, "Tesla stories with negative titles get more clicks." Like many Tesla owners, this Model S owner certainly has regrets, but he didn't really waste his money. In fact, we'll give him at least a little credit here for coming clean immediately at the beginning of the video. He opens with the following statements:

"Today we're gonna be looking at everything wrong with the Tesla Model S. But we're also gonna be taking a look at everything they did right with this beautiful car."

It's become more clear that Tesla reviews and videos often have a negative title, though they're also packed with positives. For the most part, it seems Tesla owners love their cars, but they wish some things were different. Since there's no real competition yet, they're stuck.

Ridgway takes us on a tour of the Model S and its notable features. The car is a mess inside, as if he hasn't ever cleaned it. At any rate, Ridgway loves the car's intuitive technology, generous cargo capacity, cheap energy costs, and outstanding road-trip potential. However, he says you can't charge a Tesla unless you have access to a Supercharger, which is simply not true.

Most people charge their Teslas at home. What Ridgway actually means is he can't charge his Tesla at a non-Tesla charging station (he's clearly joking here, and you'll see exactly what we mean when you watch the video). With a J-1772 adapter, which is supposed to be included with Tesla vehicles, you can charge at public charging stations. 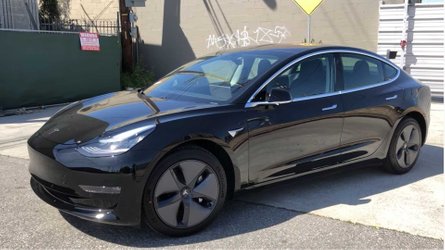 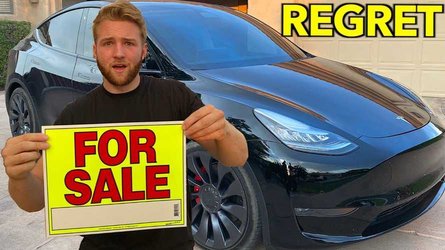 This Tesla Owner Hates 3 Things About The Model Y, So He's Selling It

As it turns out, Ridgway proves to be a comedian throughout the video. He does so far as to say Tesla CEO Elon Musk personally pressured him to buy the Model S. However, he does have a whole lot more to share, so check out the video for all the details. Then, leave us a comment.