We haven't heard as much about Model Y build quality lately. Here's a detailed look at a November delivery.

Tesla has been criticized for its cars' build quality and fit and finish for years. Many Model Y crossovers have been delivered with issues, though we mostly only see those issues rather than the cars that appear to be in tip-top shape. Do those even exist? According to some folks, they do. It seems the lack of consistency continues.

It's always difficult to know precisely what's a one-off concern and what's happening fleet-wide. Even if the issues are few and far between, with consistency, there shouldn't really be issues. Regardless, Tesla says it's making constant improvements. That proved true with the Model 3, though it took plenty of time. It's probably too soon to make a decision about the Model Y. Nonetheless, let's take a closer look.

How do you check on the current quality of the Tesla Model Y, or any car for that matter? While there are many variables, checking out cars at a delivery center/dealership is a solid start. YouTube channel The Electric Man does just that. He looks at three different Model Y crossovers to compare them thoroughly. As you'll see, there are plenty of inconsistencies. However, he notes that he doesn't see any imperfections in some cases.

Keep in mind, this is very subjective. We also have to be careful about where or who the video comes from. If it's a hardcore Tesla fan, they may overlook some issues or be happy with a car that's not "perfect." If it's someone who outwardly calls Tesla out when they feel it's necessary, we may see more issues pointed out. In this particular case, there's a comment below the video that may help:

"You do not sound the least bit impartial. It is painfully obvious!"

Is the commenter accusing The Electric Man of being a Tesla lover? A Tesla hater? We'll leave that for you to decide. However, the publisher did respond with the following comment:

"There are still a lot of imperfections with tesla. This is why I strongly recommend that you complain, if you are not happy with your delivery."

Check out the Model Y crossovers in the video and let us know what you think. Would you accept them? Are there just too many inconsistencies? Leave us a comment below. 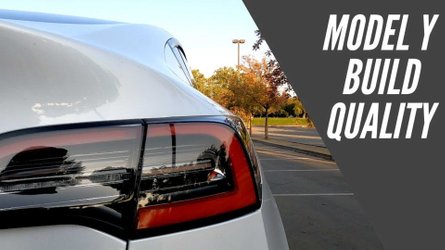 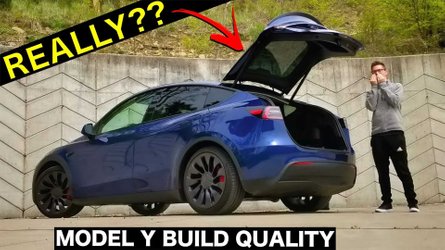