What Does Tesla CEO Elon Musk Do For Fun?

Running multiple companies is busy times, but Musk has a few hobbies.

Posted on EVANNEX on November 02, 2020 by Matt Pressman

Running Tesla and SpaceX doesn't leave Elon Musk a whole lot of free time. After all, when he's not working on cars and rockets, he's often busy with his other ventures like The Boring Company and Neuralink. That said, the real-life Iron Man does have some hobbies outside of work.

Above: Elon Musk records an EDM song 'Don't Doubt ur Vibe' on a whim with his musician girlfriend Grimes (Twitter: Elon Musk)

In a recent profile in the South China Morning Post, Kate Berbano explains Elon Musk "needs some downtime" just like everyone else. First and foremost, he's "a certified bookworm" who loves to relax with a good book. Looking back to his youth, "it came to a point where nine-year-old Musk had already read everything in the local library." Elon's favorite book growing up? He claims The Hitchhiker’s Guide to the Galaxy was highly influential in his formative years.

In addition, he's "an avid gamer. This should come as no surprise since Elon Musk even sold a video game called Blastar for $500 when he was merely 12 years old, and once worked at a gaming start-up called Rocket Science. Attributing his interest in computers and tech to playing video games, his favorites include Deus Ex, Fallout and BioShock."

He also likes to throw parties. "According to Ashlee Vance‘s book, Elon Musk: Tesla, SpaceX and the Quest for a Fantastic Future, Musk’s previous birthdays and office celebrations have included a rented castle in England where the guests played hide-and-seek and a costume party in Venice where he dressed as a knight. He has recently thrown an 'AI party/hackathon' at his house."

"Despite his jam-packed daily schedule, Elon Musk still finds time to binge-watch series on Netflix and HBO. He revealed before that he has seen Silicon Valley, which centers on a fictional tech company, and Black Mirror, which explores humanity‘s relationship to technology," reports Berbano.

According to Forbes, Musk enjoys anime and loved the Makoto Shinkai movie Your Name. He's also a fan of Studio Ghibli movies like Spirited Away and Princess Mononoke. This summer, in an interview with Maureen Dowd at The New York Times, Musk said he spent the weekend watching anime (including Death Note and Evangelion) with his girlfriend Grimes.

And he also likes historical documentaries. “Right now, we’re going back to Genghis Khan for like the third time, and the Mongols, I guess,” Grimes told Dowd. “You seem to be obsessed with that,” she teased her boyfriend about Genghis Khan.

Okay, so what about social media? "I’m, like, not pro-Facebook. I don’t have a Facebook page. SpaceX and Tesla deleted their Facebook pages. SpaceX and Tesla do have an Instagram but I think it’s relatively harmless," Musk told Dowd. "I deleted my Instagram. Technically, I have a secret account. It’s only to see links of things that people send me." 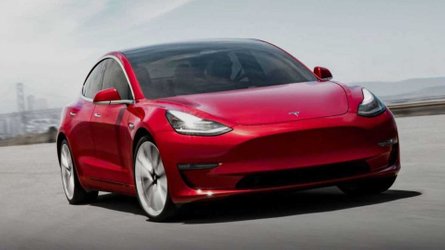 Is Elon Musk addicted to Twitter? Well, not exactly. Even he admits, "I think it’s good anyway to take a few breaks from Twitter and not be on there 24 hours a day. Twitter can mess with your mind.” He adds, "If you’re going down a negative rabbit hole on Twitter, it can make you miserable, that’s for sure."

“I spend a lot less time on Twitter than people probably think. It’s like maybe 10-15 minutes or something,” Musk told tech journalist Kara Swisher (via Vox). “It feels like dipping into the flow of consciousness of society. That’s what it feels like. It’s kinda weird,” Musk added. “Some people use their hair to express themselves; I use Twitter.”