USA / Global
HomeBMWFeaturesWhat Do I Drive? 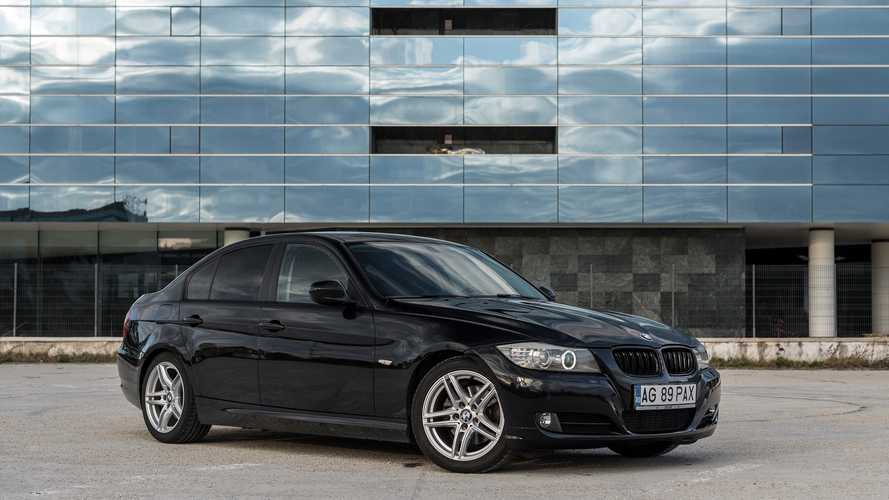 For some people, EVs are not an option right now, so they go for the car that is best at blending efficiency and fun.

I must start this piece by saying that I’m actually anxious to announce to the InsideEVs community that I drive an older diesel car, and I am expecting some backlash as a result. However, I will pull out all the stops (and by stops I mean favorable arguments) as to why this is my daily driver.

Writing about cars became an ambition and full-time job about ten years ago when I realized I didn’t want to be a small cog in the grand scheme of a major tech corporation. This is the path taken by so many acquaintances my age and while they all seem perfectly happy in their cubicle selling antivirus software, that really wasn’t for me.

What Do I Drive? BMW i3, Focus Electric, Mitsu i-MiEV, More: Here's Why

What Do I Drive? A Renault Captur And Here's Why

And I had been an avid automotive press reader for many years. At all my previous places of employment, whenever I had a few spare minutes, I would browse the car webzines for all the latest news and rumors, but at that time it never really crossed my mind that I myself could become an automotive journo.

At one point around the year 2011, I had reached quite a low point in my life, both professionally and personally, and I was in dire need of a big shift. Long story short, one (dare I say it well written) letter of intent later and I got my first job writing about cars - it wasn’t perfect, but back then it felt like a dream come true and I realized I could definitely do it for a living.

Over the years I wrote for several sites, but for each and every one of them, I observed myself concentrating on writing more about electric vehicles, EV conversions, fuel cell vehicles and other alternatives to the current crop of internal-combustion-engined cars. When I started working for InsideEVs, it fit my ambitions to write more (but also learn more) about EVs and plug-ins, plus it also fueled my longstanding desire to own a car with a plug.

I live in an apartment in Bucharest, Romania, a city (and country) of contrasts, contradictions and glaring omissions, where unless you have the possibility to charge at home (which I do not), owning an EV isn’t especially practical - it would probably drive me crazy as things stand right now. Yes, there is a growing number of charging stations in the city (some of which have rapid chargers), but they don’t all consistently work and it’s quite easy to find yourself stranded with no other choice but to call a tow truck...

The plan for the not to distant future is to ditch the apartment and get a house with a garage where I will be able to install a wall box. Until then, though, a car like my 2010 BMW 320d Efficient Dynamics is a great choice, I think.

Why the BMW 320d Efficient Dynamics?

Prior to owning this ten-year-old 320d Efficient Dynamics, my previous two cars were a Ford and Renault. They were both great in their own right, fairly reliable and pleasant to live with, but they didn’t tickle the driving enthusiast in me.

Over the past few years, I was fortunate enough to drive lots of new (and often sporty) cars, and I started to narrow the choice down in my head as to what car fit my needs and preferences. Browsing the classifieds early last year, I made the startling realization that BMW E90 3 Series prices had dropped dramatically and there were plenty of cars within my budget.

So after seeing a few cars, I settled on this black 2010 320d Efficient Dynamics. It had one previous owner in the Netherlands and now I’m its second owner and I intend to look after it as much as I can; I’m not going to treat it like a Fabergé egg, as some people do once they buy a car they actually like, but I’ll also do my best to keep it in tip-top condition. It's a pretty common and unremarkable car in the grand scheme of things - this particular example just happens to be special to me.

It’s not especially fast by any standard, but it’s quick enough, especially when taking its remarkable efficiency into consideration. Thanks to an active front grille that stays shut most of the time, suspension lowered by 15 millimeters and aero wheels (that are currently not on the car), BMW says the car should use as little as 4.1 l/100km on the combined cycle - that’s 57.4 mpg US.

It’s a preposterous number that you couldn’t possibly achieve in the real world, especially if you drive your car mostly in the city, as I do. However, since it is driven almost exclusively in town, I think that the current 7.6 l/100km (30.95 mpg US) that my car displays is very reasonable, especially since I don't try to drive it economically.

But it’s so efficient

It’s definitely not in its element being driven on short journeys in stop-start traffic (such a life is actually bad for its engine in the long run), but it does an admirable job. It’s at it’s best out on the open road, highway or otherwise, where it returns remarkable efficiency numbers - if I were to drive it with a very light right foot, it would dip below the 4 l/100km (58.8 mpg US) mark and stay there for the duration of the journey.

And while it can certainly eat up long stretches of highway, it really shines on twistier roads where its mix of tight body control, sharp steering and decent mid-range punch from the force-fed oil burning mill make it a rewarding drive. It has to be said - it’s really a joy to throw an E90 around a twisty road, maybe even more so than its newer F30 and G20 replacements whose steering is not as communicative (although it is a bit sharper).

I love this car to bits, for all of the above reasons (and more), but when the time comes to get something newer, I hope owning an EV will make more sense for me (I have very high expectations of the upcoming BMW i4 or the Mercedes-Benz EQE). If not, I’m probably going to go down the plug-in hybrid route and most likely go for another BMW - I recently drove the 330e sedan and I think one of those could be an alternative to a full EV if I won’t be able to have my own home charging solution.

The thing is it really wouldn’t be practical for me to own two cars, for various reasons, but if I did get a second car right now, it would probably be either a used BMW i3 or a used Hyundai Ioniq. Prices for the former have really gone down, but since I’d only be able to afford early examples with the 22 kWh battery pack, I wouldn’t really get much usable range out of it.