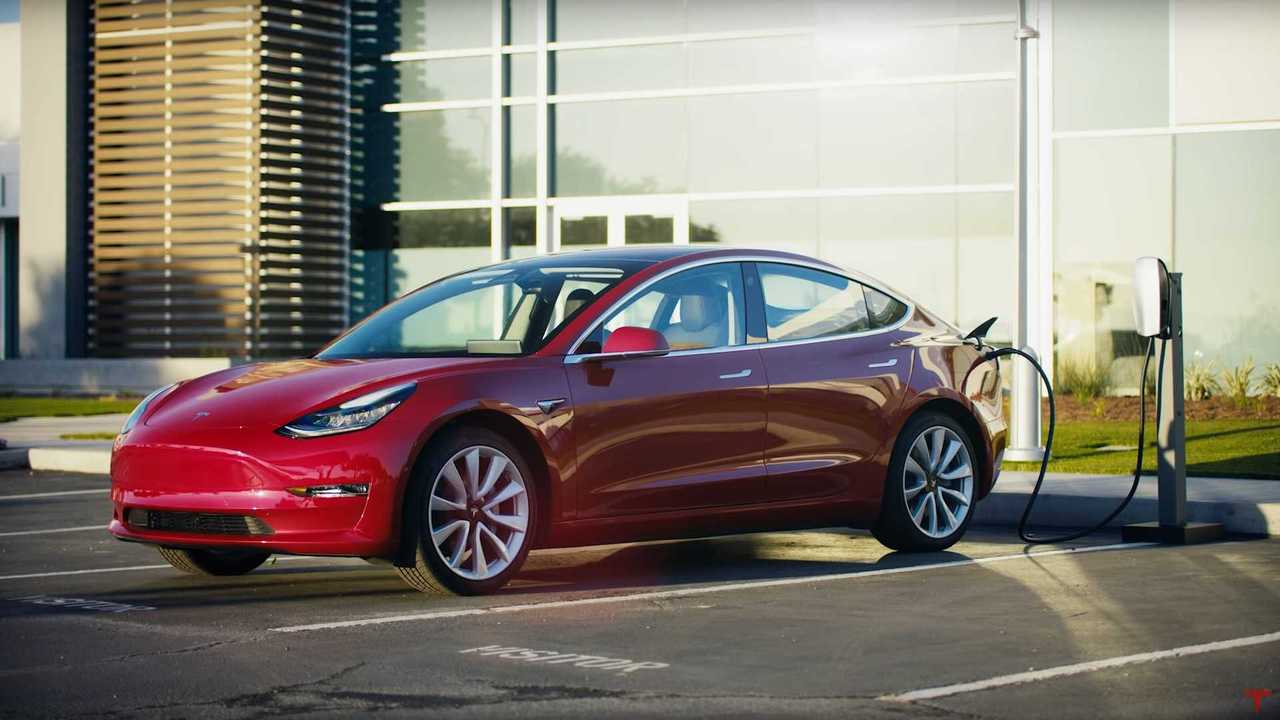 If you're the owner of an electric car, the first question you probably get is ... how do you charge it?

EV Charging 101: How Long Does It Take? What Do You Need To Know?

I know. You probably want to say, "Just plug it in!" However, it gets a bit more complicated when you dive (a bit deeper) into the answer. Hopefully, this short article can serve as a quick tutorial for those interested — in fact, forward this along to anyone interested in learning the basics of EV charging.

Above: A look at a Tesla Supercharger station (Source: EVANNEX; Photo by: Casey Murphy)

HOW DO YOU CHARGE AN ELECTRIC CAR?

Charging your electric car is even more convenient than refueling a traditional ICE car (except for time, but we’ll get to that later). Your primary option would be to have an electric car charger at your residence which would allow you to charge the car overnight. This means that you wake up every morning with an almost full battery. Of course, not everyone has that option.

For those who live in multi-unit dwellings (apartments, condos, etc.) it can be more difficult but charging there is definitely doable. And there are new initiatives making it easier than ever before.

Also, when you're away from home, there's a multitude of public electric car charging stations currently being built to further expand worldwide charging infrastructure. Tesla's Supercharger network is a great example of what the future holds for the industry. Your daily route shouldn't, and won't have to change in order to charge your electric car.

WHERE DO YOU CHARGE AN ELECTRIC CAR?

While currently there are not as many electric car charging station companies as there are petroleum companies (at least not in the United States), more and more are popping up to provide energy for electric cars as time goes on. Just to name a few (non-Tesla) networks that are already around and expanding rapidly: EVgo, ChargePoint, Greenlots, IONITY, e.on, and Electrify America.

To make navigating all of the different electric car charging stations easier, we recommend that you look into PlugShare which lists every company’s charging stations in one convenient map. If you have a Tesla, it's even easier. Tesla's navigation will also point the driver to the company's Superchargers and Destination Chargers along any given route.

HOW FAST DOES AN ELECTRIC CAR CHARGE?

To start off, we have a Level 1 charger, which is essentially just plugging in your car into your standard household wall outlet. Level 1 charging presents the slowest charging speed as it only provides around 1 kW of power (meaning if you wanted to fill up a 50 kWh battery, it would take you at least 50 hours). Although, this can still be helpful if you own a plug-in hybrid with a very small battery or if you don't drive your EV very far on a daily basis.

Next up, we have Level 2 chargers which are commonly found in parking lots, at businesses and in private homes. This is the type of charger you would likely install in your garage if you plan on charging your electric car at home. These level 2 chargers provide anywhere from 3-20 kW of power. Meaning that if your charger is anywhere on the higher end of the range, your electric car can be charged to 100% overnight. Most homes in the US have the electric capacity to install a level 2 charger without significantly costly electric service upgrades.

Then, we have DC fast chargers (sometimes referred to as Level 3). These are the chargers that you most likely find on the side of highways and highly-populated electric car areas. These provide anywhere from 20 kW all the way up to 350 kW of power on some of the newest stations being built, such as the Electrify America and IONITY networks. Tesla's new V3 Superchargers can deliver up to 250 kW and are just beginning to proliferate. When charging at these new ultra-high-speed charging stations, you could possibly charge from 0-80% in about 20 minutes.

But hold up, we say possibly because not every car is capable of charging at these maximum speeds. A BMW i3 or Nissan LEAF, for instance, can only accept a maximum of 50 kW, meaning that you cannot reap the benefits of ultra-fast 350 kW charging. So before you buy an EV, make sure you know the maximum charging rate so you're not surprised about that important factor after you get the car home.

In fact, there's no car currently on the market that can take advantage of that 350 kW maximum charging speed. Currently, the only vehicles that can charge over 100 kW are the Jaguar iPace, Audi e-tron, the Porsche Taycan, and the Tesla Models S/X/3/Y. However, the Model Y and Model 3 hold the record for the fastest Tesla charging rate of 250 kW — you'll just need to find one of Tesla's new Supercharger V3 stations that can deliver such power.

The Porsche Taycan actually can accept the highest charging rate of any EV currently available, at 270 kW. Porsche has even promised to up that charge rate to as high as 350 kW at some point in the future.

As you can see, charging speeds have progressed drastically over the past decade and it might only be a matter of time before charging your electric car will be faster than refueling a gas-powered one.

WHERE DO YOU CHARGE A TESLA?

Charging a Tesla is not too different from any other electric car. However, while most North American and European electric cars use a CCS Combo plug, and Japanese electric cars (with the exception of Honda) use a CHAdeMO plug, Tesla uses a proprietary plug for their cars.

As such, only Tesla owners can use the company's massive Supercharger Network. Meanwhile, Tesla owners can also use an adapter if they prefer (note: newer Tesla's have built-in hardware already) to use a charger with the CHAdeMO plug. In Europe, Tesla also offers an adapter for the European version of the CCS plug called CCS2. However, in North America, we use CCS1 plug and Tesla hasn't yet developed an adapter to allow US Tesla owners to utilize public CCS stations.

Keep in mind, Tesla's Supercharger Network is the most extensive in the country (and the world). However, there's been a bit of a shift (for increased versatility) in the Tesla charging hardware over the years. After the release of the Model 3 on European shores, Tesla opted to equip the Model 3 with a CCS2 plug, also. Tesla is also retrofitting European Superchargers to also have a CCS2 plug in order to provide more optionality.

HOW FAST DOES A TESLA CHARGE?

The DC fast charge arms race is definitely happening, and that's good news for EV consumers. Tesla has been enjoying a long lead in regards to charge rate with a rate of 120 kW for its Model S and Model X which allowed an 80% charge in about 30 to 40 minutes. There was a short period where the Audi e-tron took the crown with a charge rate of 150 kW. Then, Porsche came along with the Taycan's 270 kW rate. It was not long thereafter, however, before Tesla introduced Supercharger V3 which allows for 250 kW charging on Model 3/Y and 200 kW charging on Raven powertrain Model S/X. Supercharger V3 charges at rates of up to 1,000 miles per hour.