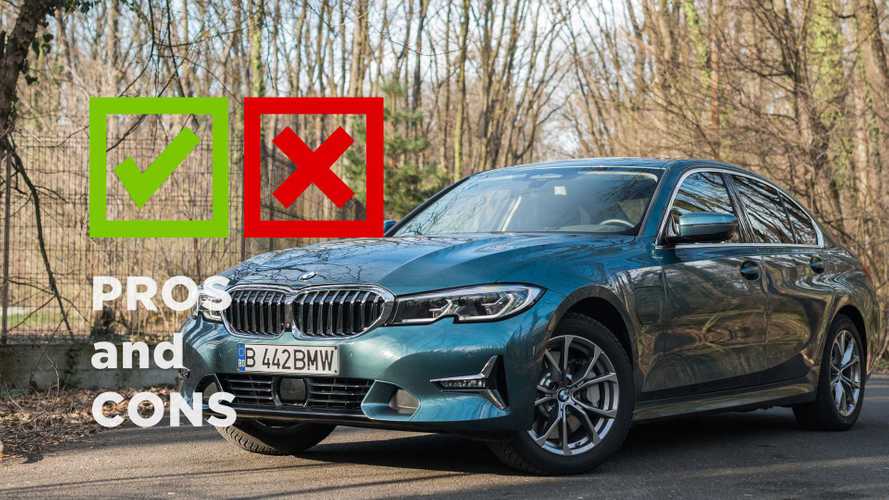 This is a big claim, but it’s probably the best PHEV available right now.

BMW launched the second incarnation of its 3 Series plug-in hybrid, the 330e, not so long ago, and it builds on what made the first such model good. It retains the scintillating straight line performance and impressive cornering ability while giving the interior a much needed upgrade and the battery pack a welcome increase in capacity.

There really is a lot to like about the 330e, starting with the way it looks. I wasn’t an especially big fan of the previous F30 3 Series, which I think only looks good when specced right, yet the latest G20 is far more attractive, even without lowered suspension and M bits sprucing up its look.

Inside, the G20 feels a world away from the F30. It is a much bigger leap in terms of design than the what BMW when it replaced the E90 with the F30 and it turns the 3 Series into a much nicer place to travel. It’s also more spacious, since the entire car is noticeably longer, so much so that it’s actually better at carrying passengers in the back compared to its arch rival, the Mercedes-Benz C-Class sedan.

BMW says that with the new 12.4 kWh battery pack, the 330e should nudge 60 km (38 miles) in pure-electric mode. However, drive it in slightly colder weather without any special consideration for preserving range, and you’ll get around half that in the real world - it’s still a decent number, and if you keep the battery topped up, you will actually come close to the car’s claimed efficiency numbers.

It definitely makes a case for itself, even in Europe where the supreme efficiency of diesel models is still hard to ignore. The new 330e might even be the pick of the range.

With a combined output of 288 horsepower from its 2-liter turbocharged four-cylinder and the electric motor encased in the eight-speed automatic gearbox, the 330e can really shift. It can sprint to sixty in under 6 seconds, but what is hard to convey through words is just how strong the surge of acceleration feels when you’re in the car.

BMW’s previous 3 Series looked okay, but you needed to dress it up with the bigger rims and M Performance parts to really make it pop, plus its interior looked drab and outdated by the end of its life. This new G20, though, looks so much more posh and sophisticated from the outside and the interior is miles more nicer and more advanced.

The suspension is a particular highlight. In the previous F30 generation 3 Series, it was quite firm, whichever version you went for, yet in this new G20, it is so much more relaxed riding, rivaling the Mercedes C-Class for ride comfort. Opting for the adaptive dampers further enhances both its comfort levels and its cornering ability at the press of a button.

My 330e tester cost nearly €70,000, which is a lot, considering its base price (for the Luxury line model) is around €48,000. However, while it is far from spartan in base trim, it’s hard to ignore some of the cool optional extras it had on it: the laser headlights are a particular highlight, as well as the new infotainment with gesture control, the semi-autonomous driving or the surprisingly competent voice control.

It’s definitely hard to justify paying €22,000 in optional extras on a 3 Series, the smallest rear-wheel drive sedan BMW makes. Sure, they dramatically improve the experience of being on-board, driving and safety, but it’s a lot of money, whichever way you try to spin it.

I’m pretty sure you can close to double the 330e’s price if you tick every single available options box. You will get one of the most advanced sedans on the market, but you will definitely be paying for the privilege.

Just like the MINI Countryman PHEV that I tested a few weeks back, the 330e can only be charged at a rate of 3.7 kW. During my time with the car, I only took it to a charger once, and I waited to see how long it took for it to put 1 kWh back into the battery - it took some 18 minutes, so putting any kind of meaningful charge back into the pack will take over two hours.

The 330e suffers from the same problem pretty much all PHEV have: unless you keep its battery charged, it’s not particularly efficient. Since it weighs some 200 kg (440 pounds) more than an equivalent 330i, and the engine acts as generator to charge the battery, it will probably be less efficient than the aforementioned non-PHEV model in mixed driving conditions.