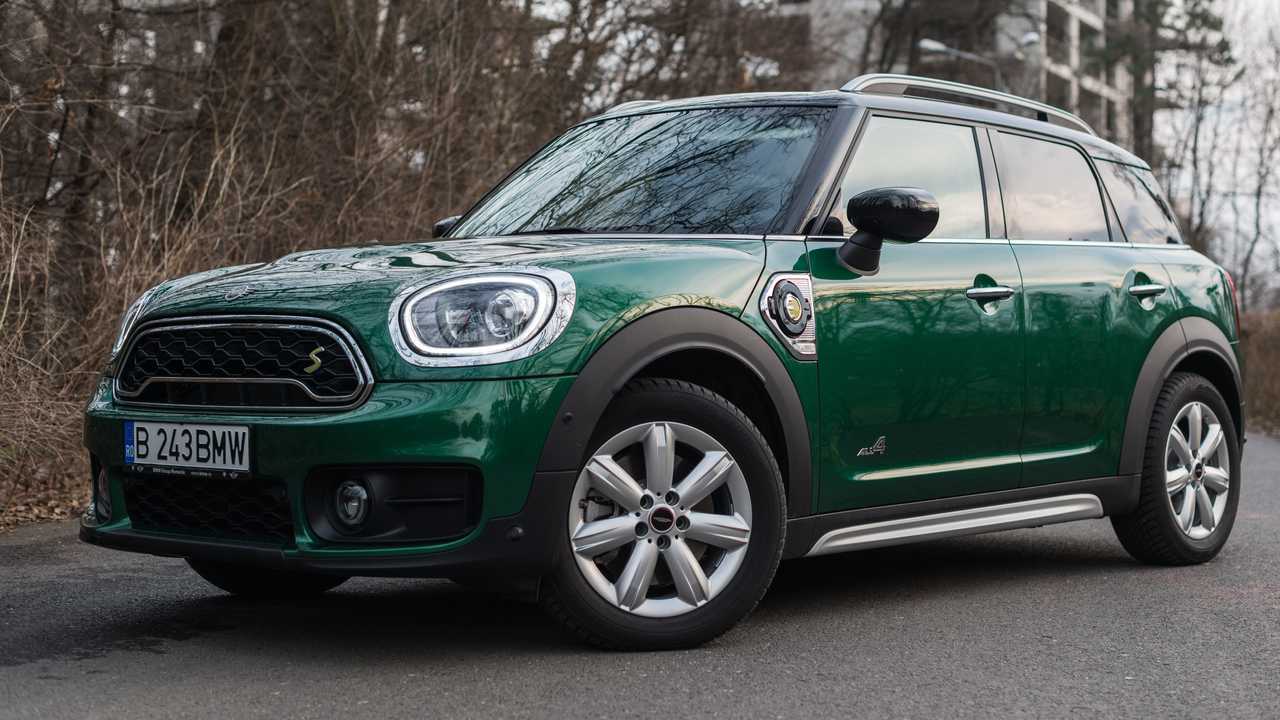 This electrified, high-riding MINI is my ride for the weekend.

MINI makes some great, fun-to-drive cars, definitely some of the most enjoyable and best handling front-wheel drive cars on the market. The Cooper S E Countryman isn’t one of them, but that doesn’t mean it’s not likable.

Non-plug-in Countryman models are as light-footed and agile as you’d expect from a MINI crossover, but this PHEV is the heaviest model in the lineup. And you can really feel it, particularly in the corners, where it tends to push wide sooner and also lean a bit more - it weighs nearly 200 kg (440 pounds) more than the Countryman Cooper S, tipping the scales at 1,640 kg (3,615 pounds).

It also gives up some cargo room too. The Cooper S can hold 450 liters, whereas the PHEV model can only muster 405 liters. But you won’t really notice this, and if you fold the rear seats down, it’s decently cavernous regardless of version. Oh, and the gas tank is also slightly smaller in the plug-in, shrinking to 36 liters (9.5 gallons U.S.).

The Countryman PHEV used to be the fastest Countryman in a straight line, before the 306 horsepower JCW model was added to the range. Its sprint time to 100 km/h (62 mph) in under 7 seconds is certainly brisk, and from behind the wheel you really feel like it has all the claimed 224 PS (220 horsepower) and 385 Nm (284 pound-feet) of torque.

It achieves these figures by combining a 1.5-liter three-cylinder turbo with an electric motor mounted on the rear axle. This makes the vehicle all-wheel drive in its sportiest mode and it also means it’s rear-wheel drive when just cruising around in pure-electric mode.

Speaking of this mode, it’s worth mentioning the Countryan PHEV has a 7.6 kWh battery pack that can be charged at up to 3.7 kW with an AC charger. This gives you about 13 km (8 miles) of charge per hour, so it takes some two hours to top it up.

When I got the car from BMW, it was plugged in to charge, but some trickster fiddled with the charging station and it had only charged to 52 percent. The car’s trip computer said this was enough for 8 km (5 miles), so a rough estimate would do no more than 20 km with it fully charged if driven with extreme care.

Outside temperature was around 10°C (50°F), so the range would probably improve a bit if it was warmer. MINI claims this plug-in hybrid should have a maximum range of 42 km (26 miles), but that seems quite out of reach, even in ideal temperature conditions. The EPA estimate for the U.S. is much closer to what it can actually do.

So now that I have the car, I’ll be driving it in and around the glorious Romanian capital, Bucharest, and I also plan to take it out of town, maybe up into the mountains over the course of this weekend. The weather forecast here says it will keep getting warmer over the next few days, and temperatures could even hit 15°C (59°F) on Sunday.

I’ll begin writing my review of the car after I return it to BMW on Monday, so until then you are encouraged to ask questions about this car, ones I’ll be able to answer while it’s still with me.