This Guy Traded A Mustang GT For A Model 3 Performance, Has No Regrets

In this video, he explains why this was the right decision for him.

We never get tired of seeing Teslas beat combustion-engined cars in drag strips. That is a way of proving how fast they are, but a lot of people will stick with their sports cars. Well, not this guy. His name is Alex, and he runs the Redskull YouTube channel. In this video, he tells us why he sold his Ford Mustang GT and bought a Tesla Model 3 Performance instead. So far, he has no regrets whatsoever. 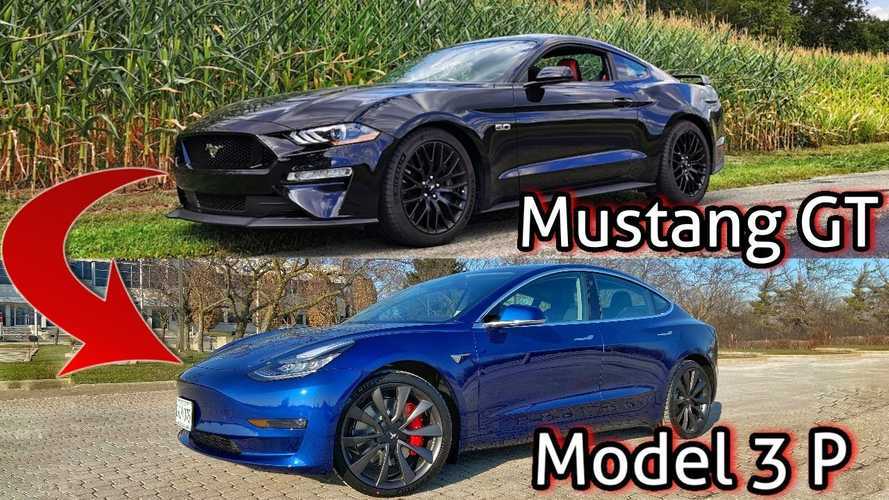 This is an educational video in the sense that Alex is new to EVs. His surprises with the Model 3 ownership are probably the same any die-hard fan of ICE would have. Truth is most of these fans really like the acceleration power provided by combustion-engined vehicles. When they realize the Model 3 offers that with benefits, they start to see why an EV would make sense to them.

Obviously, that is just the beginning of the surprises. Alex tells us how much he saves with charging instead of refueling. He expresses his relief with the fact that there is much less servicing needed. But what he really enjoys is the fact that the Tesla accelerates in a way he never felt before.

Autopilot is something that he enjoys, as well as the only central screen for everything. That was an aspect of the Model 3 he was not comfortable with at first, but that he now says is all that he needs to drive his car. Anyway, going from 0 to 60 mph in 3 seconds is what makes him happy about his purchase decision.

There is much more on the video that he tells his audience, and it is worth watching it entirely. He mentions people giving him their condolences for trading a Mustang GT for a Model 3 Performance and seems to be sorry for them.

Not only because they will probably have to eat their hats when they drive a Model 3, but also because they could also be enjoying a swifter car that is cheaper to run.

Alex is not the first case of a petrolhead that converts to EV lover we report. We bet we’ll probably have more of them, especially when the Cybertruck goes on sale. Turning pickup owners from coal rollers to EV believers may be one of Tesla’s most significant achievements.