An 8-Day Road Trip In A High-Mileage 2012 Tesla Model S, No Autopilot

Four days each way, no Autopilot, and plenty of stops to charge. Is this Tesla Model S owner crazy? 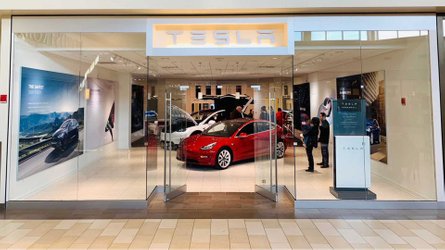 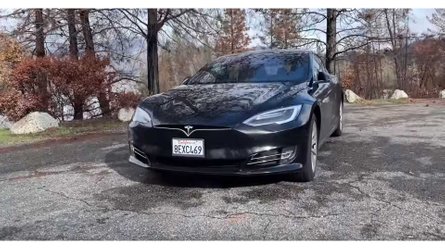 What Can We Learn From This Extraordinary Tesla Road Trip?

Above: Only on a Road Trip… and yes, I slept in my Tesla Hotel several times on the trip (Source: Tesla Renter)

I know, I know. The naysayers out there are 100% sure of one thing: "You just can't road trip in a Tesla." Hahahahahhahah. Not only can you, in my opinion, a Tesla is THE BEST Road Trip Vehicle on the planet.

Yes, when I did my first 48 state road trip in 2015, it was somewhat of a challenge when there were just 185 Supercharger stations in the USA. Now there are almost 650. It’s so easy a cave… you get the point. Simply enter your final destination, and the Tesla calculates all your stops and navigates you there.

A perfect example is my recent trip from Scottsdale AZ to Cape Canaveral FL since I was invited to see the SpaceX Rocket Launch as part of the Tesla Referral Program.

The funny thing is I could have taken a $300 round trip flight and been there in 4 hours. However, the Tesla is such a dream to drive that – without a gun to my head – I chose to drive for 4 DAYS each way instead. I had 100% confidence my old beater Tesla would get me there flawlessly… and it did.

Did I mention my 2012 Tesla Model S doesn’t even have Autopilot? Any Tesla owner will tell you AP takes Road Tripping to a whole new level, so if it’s that good without Autopilot…

Still, I know what you’re thinking: "Are you out of your mind to drive that far?"

Absolutely - But that’s how enjoyable Teslas are to drive… they make you consider crazy adventures. That being said, road tripping does have its benefits.

One is getting to see new places and meet new people along the way. Another is getting to visit a place you were born, like Del Rio, a small border town in Texas where I had not been back to since I was 2 months old. When both your parents have passed away over 15 years ago, it brings back fond memories thinking about where they were around the time I was born.

Above: Going back to my roots (Source: Tesla Renter)

By the way, the small 2 lane road from Del Rio to Ozona was a driver’s dream. A twisty, deserted 113-mile road where I saw maybe 5 other cars was the perfect place to let the Tesla loose. Living in a city, there’s something refreshing about being in a place where you are the only human in sight.

Above: The empty backroads of Texas were food for the soul (Source: Tesla Renter)

In August of 2018, I set out on my second 48 State Road Trip. This time, it was to promote the last chance to get Free Supercharging for life. To make it more interesting, I also visited ALL 107 Tesla Stores in the USA and met over 500 incredibly passionate Tesla employees. Thanks for keeping the stores open, Elon! These people are tremendous assets to Tesla. Please note, I did the first 42 States in the 2012 P85, I did the last 6 in my new Performance Model 3. I literally took off within 45 minutes of taking delivery of the lightning-quick Silver Bullet below.

Above: The Tesla Crew that welcomed me to Store #100 (Source: Tesla Renter)

Another gripe from the haters, "Charging a Tesla is so inconvenient compared to a gas station visit." Actually... this is a myth I once believed too. But once you own one and have a home charger, it’s actually much easier. The “gas station” is in your garage, with – bonus – no oil spots. It takes 5 seconds to plug in at night, and you awake with a full battery every day.

And, unlike a gas car, you are always multitasking when charging. You’re either sleeping while charging at home, or on a road trip you’re eating, using the restroom or shopping while the car is charging. No more sucking in gas fumes while watching your credit card get dangerously close to its limit.

After this is explained, the doubters will agree (at lest a little bit), but they usually say, "Yeah, but SuperCharging adds so much time to your trip." Okay, I don’t know about you, but stopping every few hours to eat, use the restroom, catch up on emails/work is a good thing. And since most stops are 20-40 minutes (and will be 1/2 that with the new chargers coming online later this year) oftentimes the car is done charging before you are even done taking care of business.

On a full day of driving for 9 hours in a regular car, it might take you 10 in a Tesla. This is assuming you’re not eating in your car and peeing in a bottle at 80 MPH just to avoid stopping.

But guess what? You'll arrive feeling fresher and less-stressed from breaking up the drive and you'll have already knocked out some work that would have to be done anyway if you arrived an hour earlier. Let’s not forget SuperCharging is also much cheaper, usually about 1/3 the cost of gas, or like in my case, 100% free if you have an older Tesla.

In the end, after clocking 200,000 miles on my Model S, it's obvious that buying a Tesla is not only incredibly fun and rewarding from a driving standpoint, but also a smart financial decision. And, yes, it's a fun road trip car. Couple that with the spacious cargo room, ability to camp in the car, and also the safest car ever tested, buying one is a complete no brainer.

Will I ever consider going back to a gas car?

*Steve Sasman is a Tesla experimenter and 48 state road tripper at TeslaRenter.com; he's also a sharing economy enabler at FlagstaffRentalCabin.com. Editor's Note: To catch the first installment of this two-part series, check out Steve's cost analysis of owning a Tesla after 200,000 miles.