Tesla Model Y Vs BMW X3 & Mercedes GLC: How Do They Stack Up?

It's time to see how the Model Y electric crossover compares to sought-after luxury gas-powered rivals.

Tesla calls the Model Y electric crossover a midsize SUV. We've learned that today's crossovers and SUVs are defined mostly as a marketing tactic. In fact, very few "real SUVs" (hardcore body-on-frame versus unibody construction) even exist these days. In terms of size class, it really boils down to overall space and has nothing to do with the vehicle's "looks."

As Ben Sullins points out, the crossover SUV segment is by far the largest on our shores in terms of sales. Crossovers and SUVs come in many shapes and sizes. While the Model Y has excellent passenger and cargo space, it looks more like an inflated sedan or a raised wagon than a typical SUV. However, this also proves true of many of today's sporty luxury compact crossovers.

While the Model Y more closely resembles luxury compact crossovers, there are many traits that set it apart. It's based on the Model 3 sedan and shares many of its parts, so it makes sense that the two look a lot alike. Some people argue that this decision may be a mistake on Tesla's part, since the Model Y may not appeal to traditional SUV shoppers, and it also may not work to move many people to part with their Model 3 to get another vehicle that's exceedingly similar in many ways.

The BMW X3 and Mercedes-Benz GLC are arguably the most refined luxury compact crossovers on the market today. Some would argue that both appear much more "SUV-like" than the Tesla Model Y, but neither is an SUV in the true sense of the definition. In addition, regardless of shape, size, and design cues, the Tesla isn't any less of an SUV than these rivals in terms of performance, capability, and passenger and cargo space.

Sullins asks if the Tesla Model Y really has what it takes to "conquer" the SUV market as Elon Musk predicted. Thus far, it seems to be selling well, but Tesla doesn't break down sales numbers by individual vehicles, so we have no concrete way to know for sure. Sullins looks at the three crossovers, how they compare, and what we do know about the data to provide us with some insight.

Have A Look At These Related Tesla Model Y Articles: 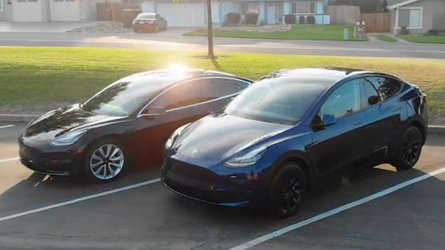 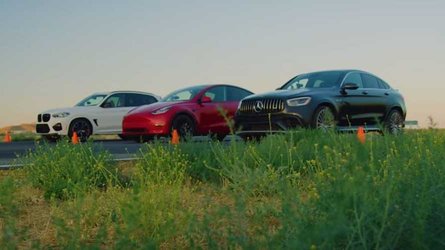 Check out Sullins' video for his take on the Model Y as compared to other luxury compact crossovers. You can watch these three SUVs (all in performance trim) race by following the link above. Once you've taken it all in, scroll down and leave us your thoughts.