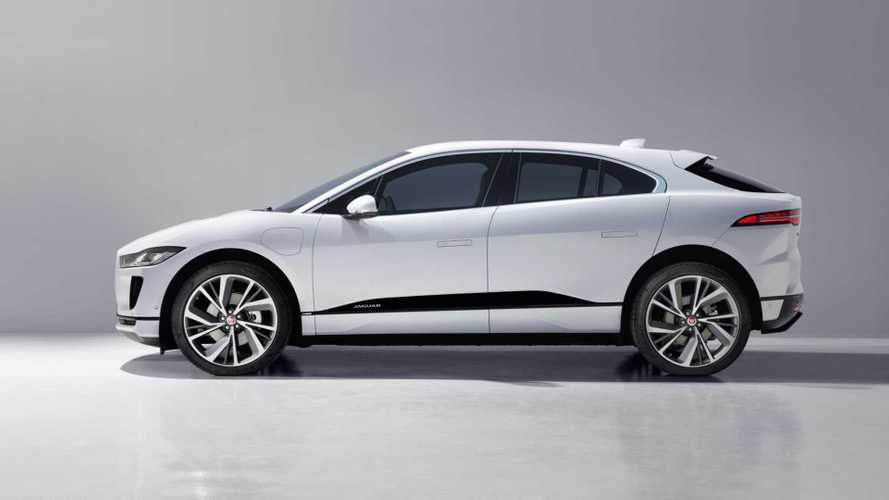 The Jaguar I-Pace is arguably the Tesla Model Y's closest rival in many ways.

You Can Now Apparently Buy A Brand New Jaguar I-Pace For Over $20,000 Off

Tesla finally completed its S3XY lineup with the release of the Model Y, but while the S, 3, and X released into unchallenged market segments, other manufacturers have beaten Tesla to the electric midsize crossover punch.

Specifically, the Jaguar I-Pace looks like a fitting rival to the Model Y. It’s luxurious, sporty, and practical – an excellent first entry into the electric vehicle ring. It also begs the question: does Tesla need to worry about the electric up-and-comer? Or, is the Model Y a solid knockout blow of this seasoned British vet?

Aside from competition from other automakers, the first comparison Tesla fans will be putting the Y through is a point-by-point match up to its simultaneously older and littler brother: Model 3. It’s basically impossible to discuss the Y without talking about the 3. They’re built on the same platform and share a little over 75 percent of the same parts. Their interior styling is the same and exterior styling is so close that Model Y looks exactly like a taller and longer Model 3 – and that’s basically what it is.

The point of stretching out a Model 3 is to make a bigger and more practical family car more in line with current American buying habits. Sedans are deposed, Crossovers are king.

You sit higher on the road compared to the Model 3 and there is significantly more head and legroom for rear passengers. Taller passengers who eat their knees in the back of the 3 will appreciate the higher rear seats.

The Model 3’s trunk is also dwarfed by the gaping hatchback found on the Model Y, which provides more than four times as much cargo space. A useful cherry on top is the power liftgate, though the lack of a remote open or motion sensor is a miss, especially since it is present on most other vehicles in the segment.

Bigger families can also take solace knowing that a 7-seat Model Y should come in 2021. Tesla will even take your order on one now – though just how much room the third row will get is still unknown.

The size and practicality do make Model Y a winner as a daily driver. But bigger means heavier and heavier means less sporting. The Model 3 is beloved for its driving characteristics – can the Y compare?

Fortunately, the Model Y Performance packs the same heart-pounding, face-melting, stomach-weakening acceleration to be expected from all performance Teslas. 0-60 happens in just 3.5 seconds and you can mash the go pedal at any speed for an intoxicating rush of power.

The Y will even take corners with confidence. Its center of gravity is still sedan-low thanks to the placement of the heavy battery pack underneath the car. Frankly, it has more grip than most drivers have skill to use. But you do feel that extra weight. It has more body roll and it is less nimble than the 3. The Y is good to drive, but it’s not as rewarding as the 3 is to drive hard.

One quibble: the Model Y is suffering from the same batch of issues its older little brother did during its initial, early production ramp: build quality. Our Model Y has a few minor panel gaps and the rear bumper doesn’t quite match the rest of the car’s paint perfectly.

That said, Tesla will improve build quality of the Model Y over time. The company is constantly making small improvements to each car and the build process to ensure that quality is constantly improving. New buyers, now, will likely have less to worry about than the Y's early adopters.

On the other hand, when it comes to the Jaguar I-Pace, build quality isn't a worry.

This electric crossover has an old-school luxury badge and the old-school luxury fittings to match. The interior is covered in real leather, made from real cows. Two touchscreen control panels are accompanied by weighty metal switchgear and smooth metallic trim highlights the curves of the interior. There’s even that solid luxury-car thunk when closing the doors.

The downside to all that luxury material? Weight. The I-Pace weighs almost 300 pounds more the Model Y. It’s smaller too, with a shorter roofline that leaves less headroom for passengers and less space for cargo.

Yet its smaller footprint makes the car feel a bit more nimble. It’s eager to turn in and eggs the driver on. It’s so easy to lay down the power coming out of a corner and quickly reach highly illegal speeds.

True, it is slower off the line than the Model Y Performance, but to borrow a phrase from the Brits themselves: 0-60 in 4.5 seconds is still bloody quick.

Above: Exterior styling includes old-world touches including a front grille, although it's not needed to cool an internal combustion engine (Source: Current Automotive)

You pay a lot for that legacy badge though: the I-Pace starts at $69,850 – far more expensive than the starting price of the Model Y Performance. A loaded I-Pace can get even pricier. Our 2019 Jaguar I-Pace HSE is the top-trim model and stickered at $80,500.

But, Jaguar I-Pace suffers from a demand problem. It's not as sought-after as Tesla's Model Y. So the I-Pace suffers from extreme initial depreciation thanks to incentives to move them off the lot – and it’s still eligible for the $7,500 federal tax credit. With just one owner at 4,400 miles, this like-new I-Pace is now retailing for $58,990 — which can be cheaper than a new Model Y Performance. That said, Model Y prices recently dropped too.

Pricing aside, the Jaguar I-Pace does have a fundamental shortcoming. Jag's EV is inefficient and lacking in endurance – squeezing out just 234 miles of range out of a 90 kWh battery pack. This issue is compounded by a slow DC fast charge rate. A maximum 85-kilowatt charge speed means it’ll take about an hour to recharge the car from 0 – 80%. That’s a long time to wait for not very much range, especially when compared to the Model Y.

Meanwhile, the Model Y packs a 75-kilowatt-hour battery pack, and the high-consumption Performance model (even with bulkier wheels) still manages a far higher 280 miles on a single charge. Without its 21” wheels, the car can achieve an impressive 315 miles on a single charge. Plus, you get access to Tesla’s unbeatable Supercharger network. Tesla's Superchargers are all over the country and a 250-kW charge speed, in many cases, has drivers charged up from 0-80% in just 30 minutes, and they can play games or watch Netflix or sing karaoke in the car while they wait.

Sure, you might appreciate aspects of Jaguar's interior trimmings, build quality, and driving characteristics. But Tesla's newest offering is simply a better electric car — with convenience, range, and nifty tech features that make Elon Musk's car company so popular. And with Tesla's software updates, its cars are always improving. Aside from a few pesky panel gaps, there remains an undeniable charm to Tesla's cars that keep people coming back for more.

The Model Y is no exception.