Audi E-Tron GT Versus Tesla Model S: By The Numbers 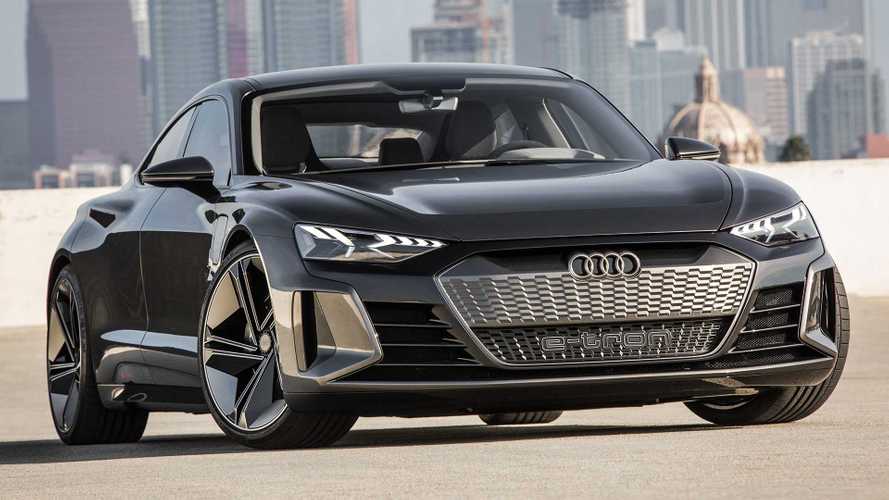 Battle of the electric sports sedans!

The Audi e-tron GT  might be seen as a warning shot across the bow of any and all who would offer the world an all-electric sports sedan. That small, select group includes the Tesla Model S, the Fisker EMotion, and the Porsche Taycan, the corporate cousin with which it shares a platform. Since only the Tesla is in production, and its exterior dimensions are extremely similar, we'll take an early look at how it stacks up against this freshly revealed concept.

Fisker EMotion Gets Full Unveil At CES - 0-60 MPH In Under 3 Seconds, Range Over 400 Miles

The two share a number of features: four doors, dual motors for all-wheel-drive, and a sporty level of performance. But, they also have distinct differences. The Audi puts the accent firmly on the first word in "sports sedan," while the California car puts it on the latter. For clarity's sake, we're going to use the Model S 75D variant as we believe it is the most likely version to be cross-shopped with the e-tron GT.

Charging times, another key metric by which electric vehicles are judged, is an area that it is difficult to be concise about. For DC fast charging, the way most people would prefer to charge while away from home, Tesla doesn't publish a specific number, saying only that the Model S can recharge "170 miles in 30 minutes." Unfortunately, this figure may only apply to the 100D variant.

On the plus side, new Model S customers can still fast charge for free the company's vast Supercharger network *(for six months, after that, they'll be subject to Tesla's extremely competitive pricing) if they purchased their car using a referral code. Another thing to keep in mind is that by the time the first deliveries of the e-tron GT occur in early 2021, both the Model S battery and the Supercharger network may be somewhat improved.

The Audi e-tron GT is said to be able to charge to 80 percent from empty in 20 minutes. Of course, most will not roll up to a charging station completely empty, and the rate at which it will accept energy after the 80-percent level is unknown.  This, then, should be considered a rough guide. One positive note, though: charging networks for non-Tesla vehicles should be much better developed in two years time given the effort being put into the Ionity charging network in Europe and Electrify America system in the U.S.

For home charging, the two are quite close, but with an interesting difference. The Tesla comes with an 11.5 kW onboard AC charger which would be plugged into a Tesla Wall Connector. The Audi features 11 kW wireless charging, which would be extremely convenient: just park over the charging pad and the charging just happens.

Not only that, but the German automaker claims its Grand Turismo can continue to perform at its peak without having to make concessions. This is a direct shot at Tesla. Its full-size sedan famously cuts back power after a period of hard usage to protect itself. Advantage Audi.

When it comes to handling, we can not perfectly judge the two, but we have to believe the Audi would come out on top here as well. The Tesla comports itself pretty well through the twisties, but the e-tron will have both torque vectoring and four-wheel-steering. We think these factors will help it straighten the curves impressively and make it quicker around a track than the Model S.

One area the Tesla Model S has a clear advantage is seating capacity. It can comfortably fit five, and has a set of optional jump seats in the rear for children that have outgrown their car seats, but are still not adult size. It also has a clear edge when it comes to holding cargo. Though both have similarly-sized frunks (front trunks), the Model S has a hatchback rear which opens up to accept and hold large objects. With the rear seats folded down, it is a moving-day monster.

The e-tron, on the other hand, may only comfortably accommodate four on trips of any length — it remains to be seen how the rear seating will handle a fifth passenger. And, though its traditional trunk arrangement might be spacious enough for most usage, it can't rise to the occasional enthusiastic trip to Ikea like its competitor can.

Inside a Tesla Model S

When it comes to making a decision between the two, the outcome will be determined by the specific needs and desires of the buyer. The Tesla Model S offers classic styling with great useability. It's is constantly being improved via software (for free) through over-the-air updates, which is a huge bonus. It also has a great optional advanced driver assistance system (ADAS) in Autopilot.

The Audi e-tron GT puts the emphasis on performance. Though it may be toned down somewhat in the translation to production, it will no doubt still be capable of making a splashy entrance. We also have to believe it will be a great driving car, ready to plaster a smile across the face of a driver after pulling away from a traffic light or making their way up a twisted mountain road.

For ourselves, we're happy to see another all-electric sedan on its way. Competition is good for both companies and consumers and the success of this newcomer puts another nail in the coffin of internal combustion.