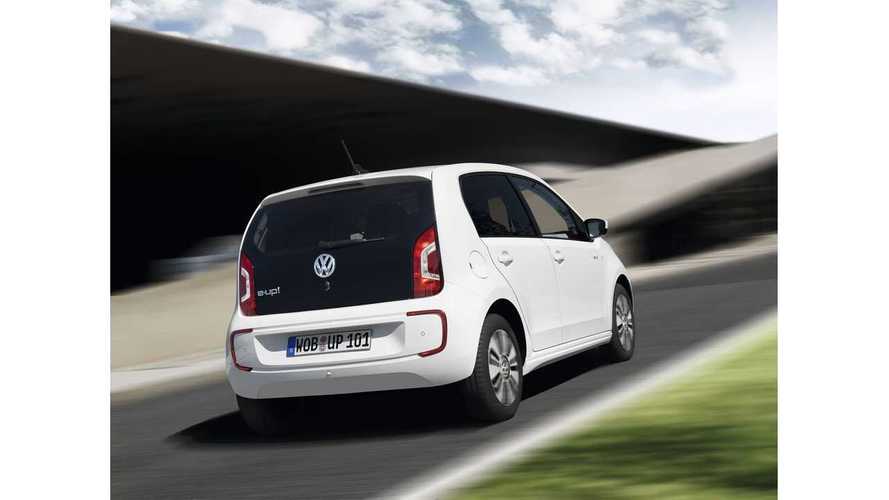 The Volkswagen e-Up! is the German automakers first attempt at a mass-production electric vehicle.

The e-Up! is already selling in volume (275 units in November in Norway, for example) in select European countries.

Though we'll never see the e-Up! on US shores, it's still of interest to us for the simple reason that is shows us what VW is capable of in the entry-level electric segment.

Before diving into the test-drive review, here are some basice-Up! specs:

But specs are just numbers on paper.  What's the e-Up! like to drive in the real world?

For an answer to that, we turn to Autocar who recently drove the e-Up! and actually came away rather impressed:

"The e-Up is no half-measure battery car, though, featuring a 81bhp, 155lb ft AC electric motor in place of the regular Up’s 74bhp 1.0-litre petrol engine, and drawing power from an 18.7kWh lithium-ion battery pack in place of the regular Up’s fuel tank. It has the same passenger space as a normal Up, it’s quicker to 62mph, and it’ll do up to 93 miles on a nine-hour three-pin at-home charge – according to the claims."

Volkswagen e-up! Gets Crashed for Safety

So, no compromises then...aside from range, says Autocar:

"A thoroughly idiot-proof and very reassuring drive, and one that – leaving range to one side for a moment – imposes few apparent compromises."

How's it compare to the somewhat similar Renault Zoe?  Here's what Autocar says:

"The car rides, for the most part, like any other Up – which means very well for such a small car. You can tell that mass has been added to the car, and extra suspension stiffness to control that mass specifically at the rear axle, but the chassis handles bumps small and large pliantly and with limited body pitch. It’s certainly more comfy in town and at low speeds than a Renault Zoe."

"There’s some body roll to negotiate, but the steering stays precise and consistent of weight even when you lean hard through a corner, and there isn’t excessive understeer."

Moving past some of the particular e-Up! attributes discussed by Autocar and onto the conclusion, we see this "Should I buy one?" answer:

"It isn’t cheap; VW wants close to £25k for this car before you take into account the £5000 government grant for electric cars. But unlike with a Renault Zoe, there are no battery lease payments to factor into your monthly outgoings here – and that could make the sums add up for the e-Up compared to a high-spec, fairly high-mileage Zoe."

"There’s no answer here for the Zoe’s superior size and usability, mind."

"But size isn’t everything, particularly for people who see merit in characterful, economical small cars that serve their purposes better than larger ones. Those people will see plenty of merit in an e-Up. And so do we."