It's a massive 2-ton vehicle with a huge drone strapped to the roof that just successfully completed its maiden flight.

The arrival of commercially viable flying cars has been erroneously foretold countless times before over the course of the last century, but in recent years, with the popularization of electric vehicles, the idea that we will travel around like the Jetsons in the foreseeable future seems to be gaining traction again. Companies dedicated to providing such a product are now popping up, and other companies like China’s Xpeng are also looking allocating resources for this.

They even created a separate company, Xpeng HT, with the sole focus of creating eVTOL (electric vertical takeoff and landing) vehicles and now that company shared video of its prototype’s maiden flight during a larger Xpeng presentation in China. The final part of the video embedded at the start of the article is dedicated to the Xpeng AeroHT’s first flight - we get to see it drive out of a garage (or hangar), then it is weighed, revealing that it weighs just under 2 metric tons (4,400 pound), before firing up its eight large rotors and lifting off. 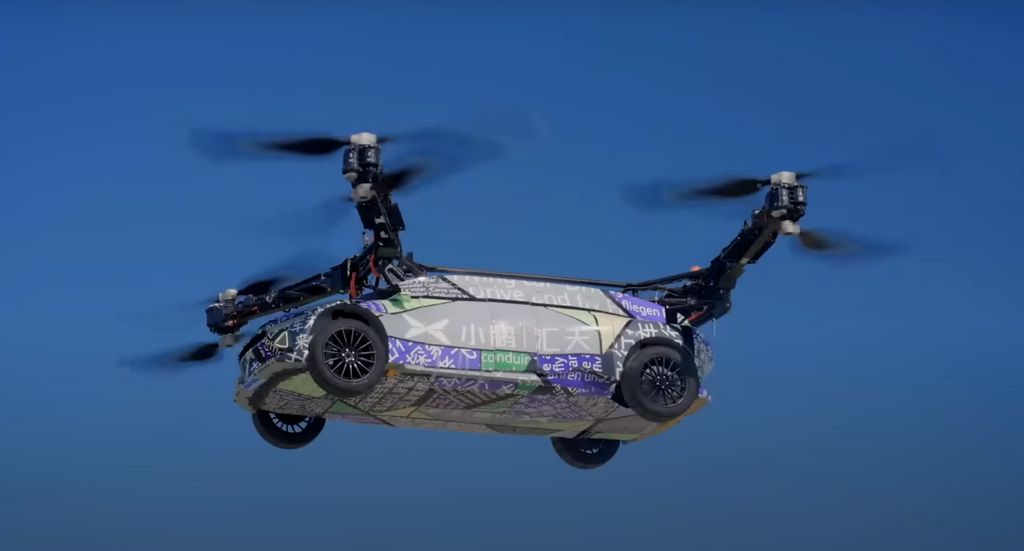 The test went smoothly and the vehicle landed successfully, with the company noting that it even stopped one or more of the rotors in mid-flight to explore what happened in the event of one or more motors failing while the vehicle is in the air.

And if you were thinking that this vehicle looks like a normal car with a huge drone strapped to its roof, well, that’s exactly what it is. Just like with some consumer drones, though, the arms can be folded away so that they don’t stick out when you want to drive the vehicle on the road like a normal car. 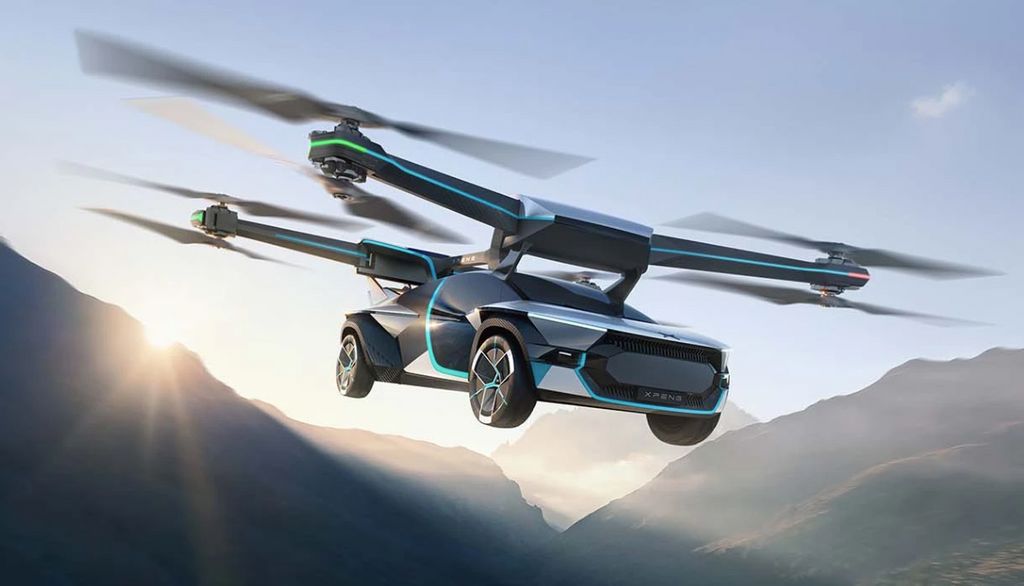 You actually still use the steering wheel even when flying, and the experience of guiding it through the air wouldn’t be too different from just driving the vehicle, according to Xpeng. Aside from the steering wheel, the driver/pilot would also need to use a right-hand lever to get the vehicle to move forward and back, up and down, as well as to perform turns and hover.

It is not completely clear if Xpeng is intending to bring this very vehicle into production (it is camouflaged like a test prototype would be), or if it’s merely a development prototype for data gathering. The company admits that it is very difficult to get a 2-ton vehicle airborne and that it couldn’t currently fly more than a few dozen miles on one charge of its battery, but that the test flight was a success and it is optimistic that it will be able do deliver the world’s first electric vehicle that will be able to both drive and fly.