XPeng has conducted the first global public flight of its electric flying car, the XPeng X2, at Skydive Dubai.

The event marked the XPeng X2's first public display after completing the specific operations risk assessment and achieving a special flying permit from the Dubai Civil Aviation Authority (DCAA). Over 150 people witnessed the demonstration flight, which took place on the opening day of the GITEX Global tech show at the Dubai World Trade Center.

During the demonstration flight the XPeng X2 received appraisal from the DCAA reviewers for the stability and the standardization of the entire flight operation process. It wasn't a very complicated flight, however, as the video shows the flying car taking off vertically and hovering tens of feet above ground in similar fashion to a drone.

Developed and manufactured by the Chinese automaker's subsidiary called XPeng Aeroht, which describes itself as the largest flying car company in Asia, the XPeng X2 is a two-seater flying car designed for future low-altitude city flights, especially short-distance journeys such as sightseeing and medical transportation.

The vehicle features a minimalist teardrop-shaped design with an enclosed cockpit for efficient aerodynamic performance, and a complete carbon fiber structure to reduce weight.

"XPENG X2's public display in Dubai represents a significant milestone for XPENG AEROHT and the international achievement of flying cars. Dubai is a world-renowned 'City of Innovation', which is the reason we decided to hold the X2 first public flight event here. Today's flight is a major step in XPENG's exploration of future mobility."

The XPeng X2 offers two driving modes: manual and autonomous. The latter is said to offer passengers a safe and intelligent flying experience with simple start, return and landing operations at the touch of a button.

The XPeng X2 used during the demo flight is a fifth-generation model, but the company is currently working on the sixth-generation version that will bring significant upgrades. The future model will be equipped with both manual and automatic flight driving modes, and will be able to drive in the air and on roads—the fifth-gen vehicle is only capable of flying, not driving.

XPeng Aeroht will reveal information about the configuration, exterior design and air driving method of the sixth-generation XPeng X2 at the 1024 XPeng Tech Day on October 24, 2022. 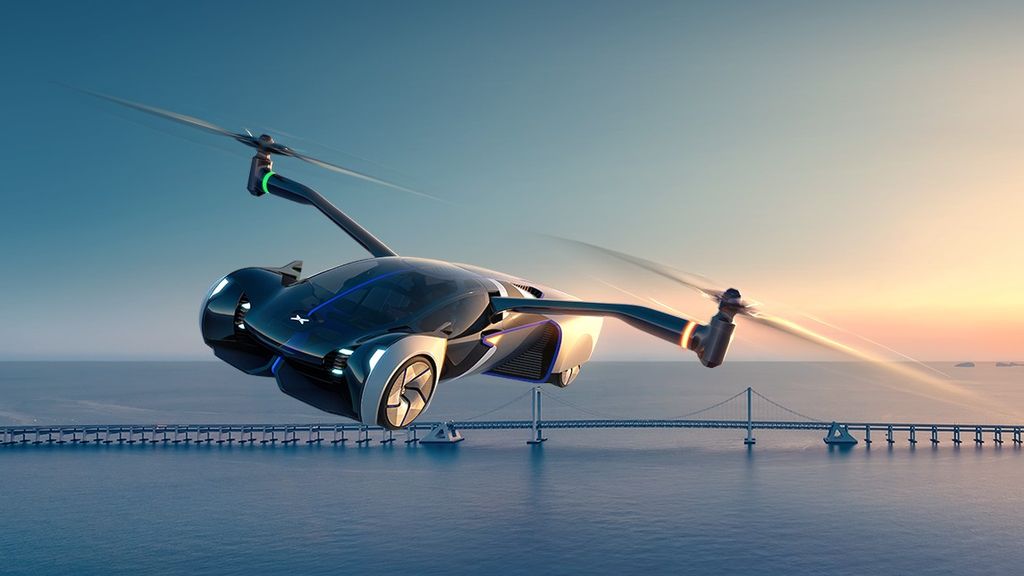