Another positive quarter for Tesla is in the books.

Tesla just released its Q3 2022 earnings report and the numbers are impressive. Tesla again turned a profit, which makes that twelve quarters in a row in which Tesla has reported a profit. Tesla basically met expectations last quarter.

The main financial details from the Q3 2022 report are as follows: 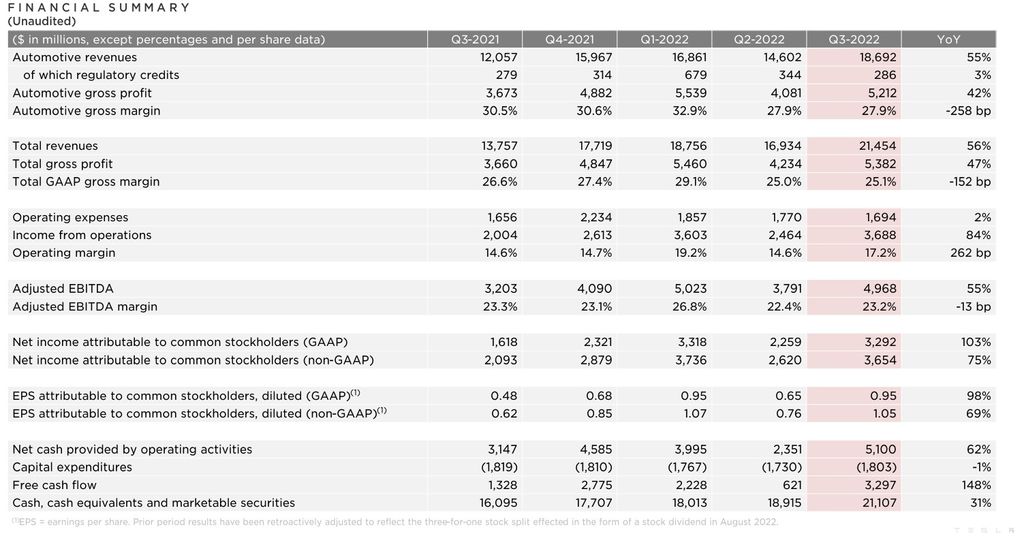 The third quarter of 2022 was another strong quarter with record revenue, operating profit and free cash flow. 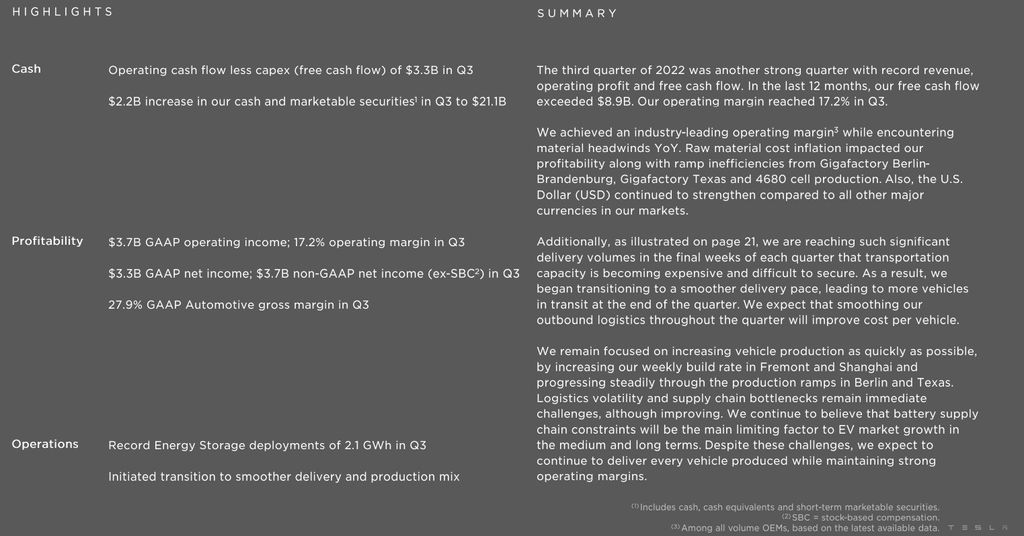