It doesn't preview a production electric model, although one is coming from Apollo in 2024.

Apollo Automobil, formerly Gumpert Sportwagenmanufaktur, has revealed a prototype electric sports car that it will use to develop future production models. This development vehicle has a far more restrained look compared to other previously revealed models from Apollo, so it’s no surprise that it doesn’t actually preview a production car - it just wouldn’t be fitting for the brand.

Called the Apollo G2J Engineering Prototype, it has been in development for almost two years and it is currently mainly being used for aerodynamic and materials testing - many of its panels are made from carbon fiber, which presumably will be the material of choice for a future EV. We expect the first series Apollo EV to look more like the Arrow, Project EVO and Intensa Emozione.

However, if we look at the EV (pictured below) the company only shows glimpses of in videos on its official website, that vehicle definitely looks a lot more restrained than any other Apollo produced, although they are still a bit more exciting to look at than the G2J development prototype. This is definitely a much better indicator as to what a future Apollo EV might look, especially since from what the company is saying, it doesn’t sound like Apollo’s electric offerings will be quite as extreme and expensive as its gas-burning supercars.

In fact, it is apparently planning to build its electric cars on an unnamed Japanese EV platform, and the focus seems to be more on the luxury of these vehicles, as opposed to their on-track performance as has so far been the case with all Apollo’s offerings. The company plans to have these electric vehicles built in China presumably through a joint venture with a local manufacturer. 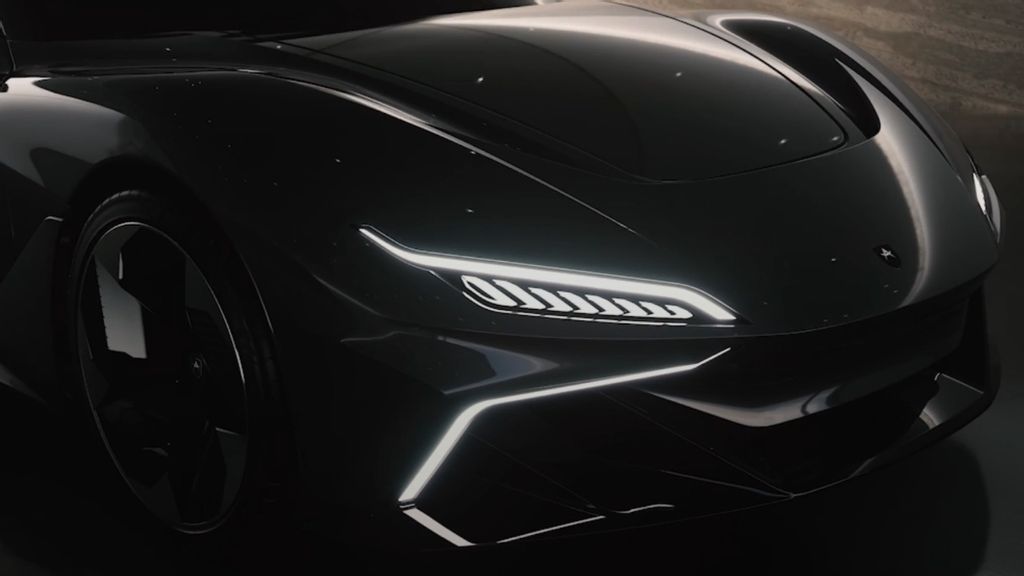 Apollo says its first electric model, an EV roadster, will debut next month at the 2022 Guangzhou Auto Show before it officially goes on sale in 2024. The company says it “will inherit Apollo’s hypercar DNA. It is a drivable concept car and an interesting technology toy featuring carbon-fiber bodyworks in a two-door pure electric smart sports car and impactful aesthetics, design concepts with a cool outlook and minimalist futuristic interiors.”