The Tesla Model Y crushed the EV competition with a massive 8,315 units sold, becoming #2 overall for the month.

In September, new passenger car registrations in the UK increased by 4.6% year-over-year to 225,269, but remains 34% below pre-pandemic levels.

Despite this strong result (September is typically the second biggest month of the year, because of the plate change), year-to-date sales (1,208,368) are 8.2% lower than in 2021 at this point.

The Society of Motor Manufacturers and Traders (SMMT) explains that the industry continues to battle issues constraining supply to fulfill a backlog of orders.

Last month, some 50,397 plug-in electric cars were registered, which is 16% more than a year ago and 16.9% of the total market. It's also the second-highest month ever.

All-electric car sales continue to grow relentlessly (in September by 16%) while plug-in hybrids remain in the red for the seventh consecutive month. However, at least the rate of PHEV decline is smaller.

So far this year, more than 249,000 new passenger plug-in cars were registered in the UK, reaching an average market share of over 20%.

"September has seen Britain’s millionth electric car reach the road – an important milestone in the shift to zero emission mobility. Battery electric vehicles make up but a small fraction of cars on the road, so we need to ensure every lever is pulled to encourage motorists to make the shift if our green goals are to be met." 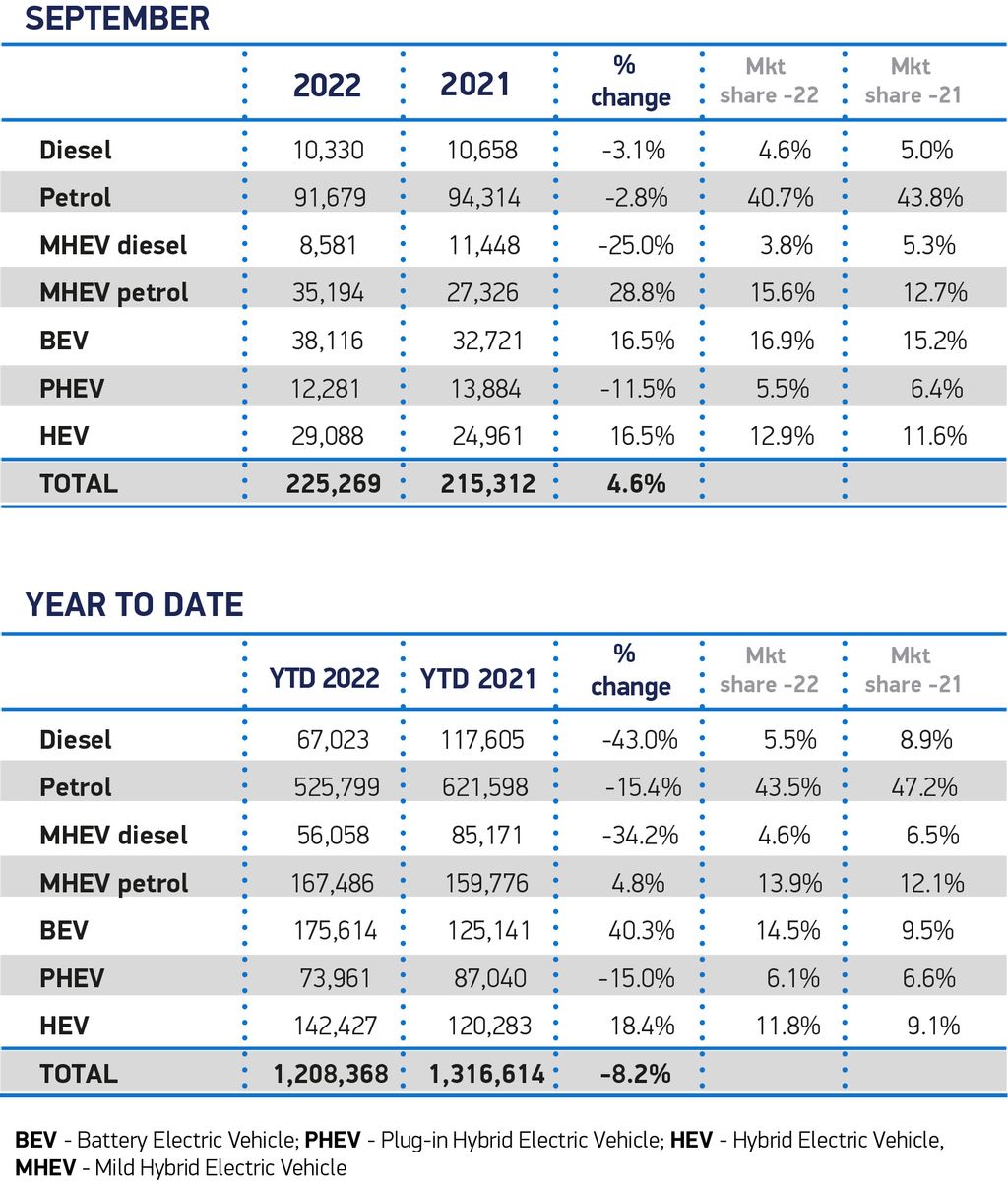 According to the official data, the Tesla Model Y noted 8,315 first registrations in September, which is the second-best result overall. This allowed it to also become #8 year-to-date with 20,654 units.

The Tesla Model Y remains the top-selling electric model in the country with a potential for even higher results in the near future.

The brief report does not list other plug-ins, although Kia reports that its Kia Niro EV (e-Niro) model is the third best-selling BEV year-to-date with 9,366 units. We assume that the second best must be the Tesla Model 3, which had 7,773 in Q1 alone.

Opel's Vauxhall reports that its Vivaro Electric and Combo Electric are the best-selling electric LCVs in their segments (respectively medium and compact vans). In the case of Vivaro Electric, 3,010 were sold so far this year. 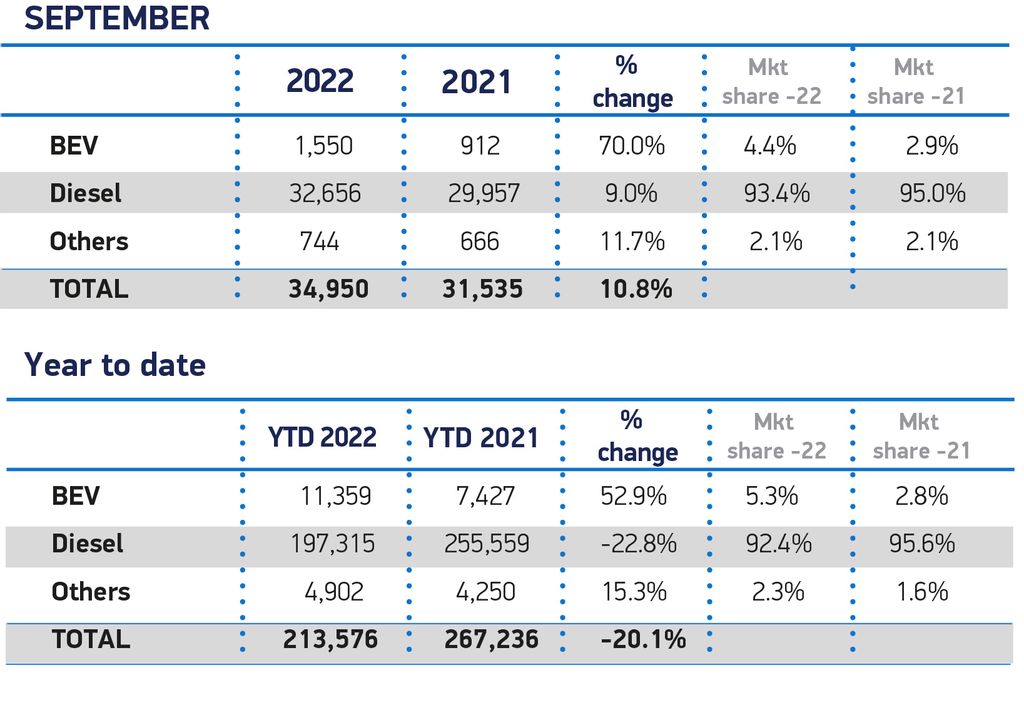