This new survey rates how easily users got along with the tech in their cars.

Genesis has again been ranked as the best automaker when it comes to the technology experience inside its vehicles, keeping the position it gained last year. Its innovation score of 643 ranks it way above the segment average and ahead of more established names, consolidating its position after in 2020 it ranked fourth, below Volvo, BMW, Cadillac and Mercedes-Benz all of which it has now beaten for two years in a row.

The JD Power User Tech Experience Index (TXI) looks at 35 automotive technologies that it divides into several categories: convenience; emerging automation; energy and sustainability; and infotainment and connectivity. Interestingly, even though Genesis won with the highest score, it didn’t actually receive an award in any of these specific categories. 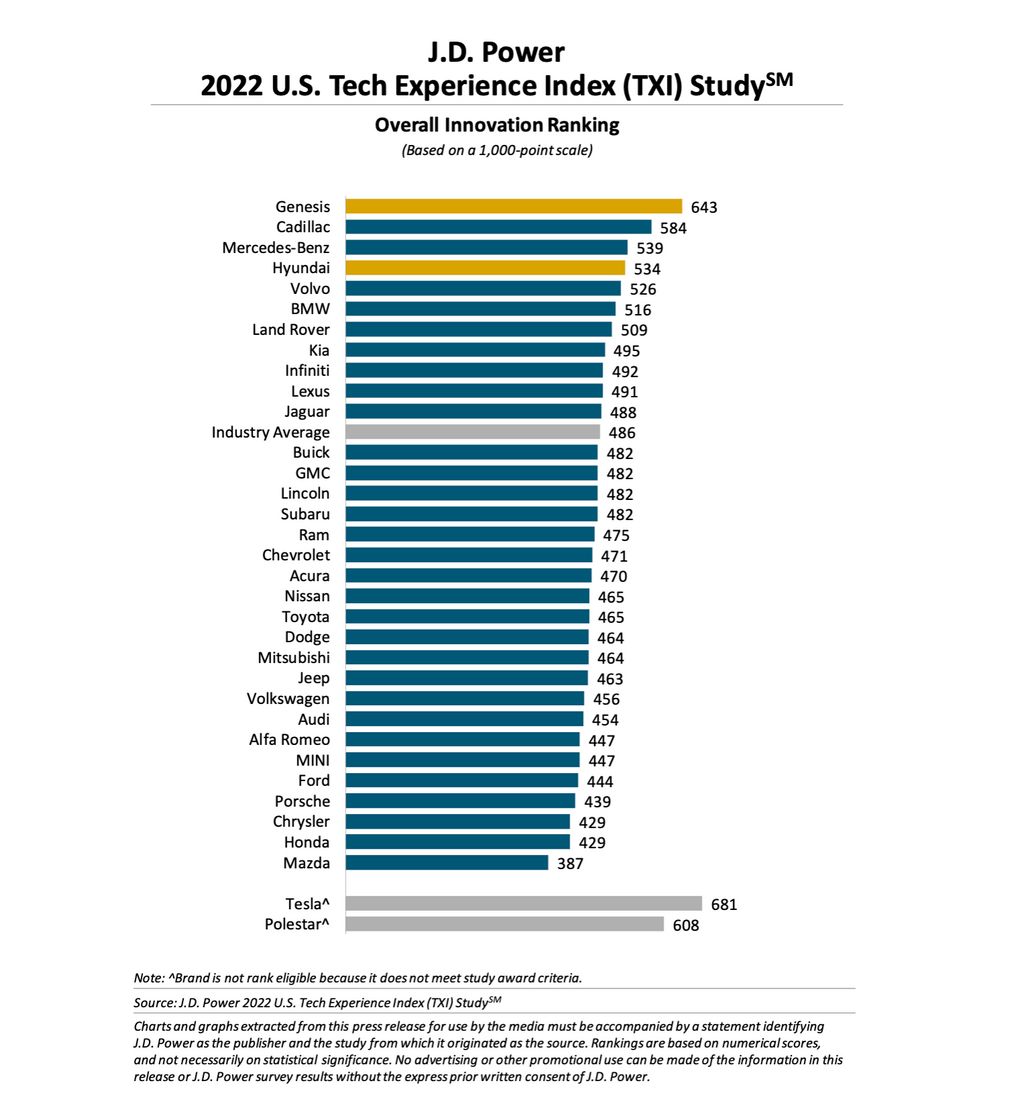 It’s worth noting that Tesla would have won this with a considerably higher score than Genesis, but it was not ranked because it apparently did not meet the study’s criteria. This is because Tesla doesn’t allow access to owner information without permission in some states, thus making it ineligible for ranking. Polestar also had a high score but was also not ranked, although JD Power doesn’t say what the specific reason was in this case. 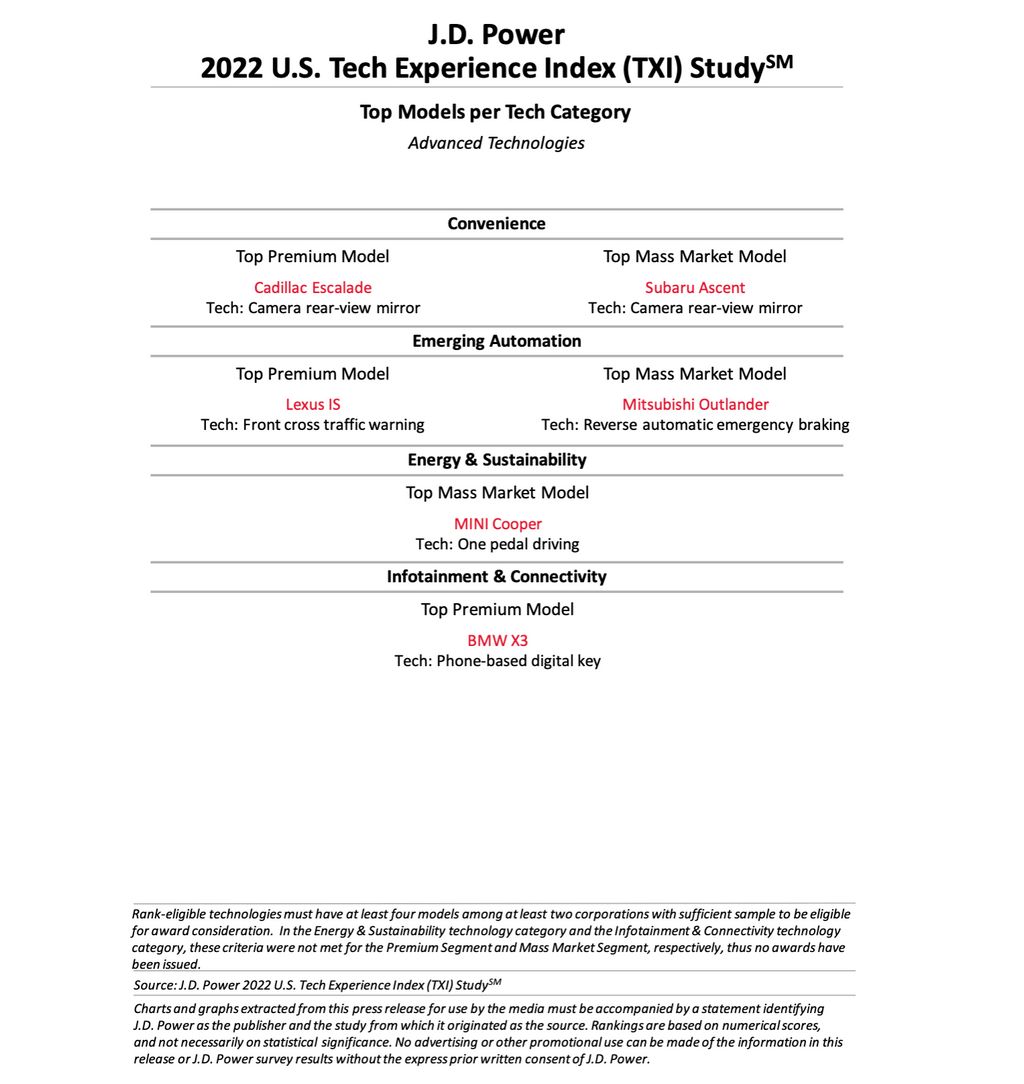 JD Power also noted the most problematic pieces of technology from the data that it had gathered was the fingerprint reader. This feature is apparently bad in most applications and users who currently have it on their vehicle would not choose this feature for their next vehicle.

Automakers should consider benchmarking brands that innovate well for a technology, which would allow them to identify and then integrate best practices. Effective innovators understand that new technologies can be introduced successfully with proper design and execution.

When owners get the technology features they really want—and which meet their user-experience expectations—the results are positive and those owners tell their friends about the experience.