The company already delivered roughly 2,600 i4 and iX so far this year.

The BMW Group (BMW and MINI) is experiencing some difficult times in the US right now, as its vehicle deliveries decreased 20.6% year-over-year in Q2, to 84,036.

The company explains that it's due to supply constraints and inventory availability. A positive thing is that the BMW Sports Activity Vehicle sales improved slightly, thanks to local production in Spartanburg, SC.

In terms of all-electric car sales, we can see a noticeable increase in Q2, thanks to the all-new BMW iX and BMW i4, which entered the market in March.

The company does not say the exact number of BEV sales, but the BMW iX noted 1,081 units during the period, which alone is two times more than the retired BMW i3 a year ago. We guess that the BMW i4 adds another several hundred units on top of that (unfortunately the i4 is counted together with conventional 4 Series models).

Nonetheless, with BEVs representing 1.7% of the total BMW's volume, there is still a lot to do (ramp-up deliveries and introduction of new models).

“We are pleased that demand remains strong, however this quarter was not without its challenges, as our sales were constricted only by the limitations of available inventory. Since the arrival of the iX and i4 in market this past March, it is clear that enthusiasm for BMW electric vehicles is here to stay. In April, we hosted the world premiere of the first-ever, fully electric BMW i7, to rave reviews from dealers, customers, and press.  We look forward to launching this incredible vehicle later this year.” 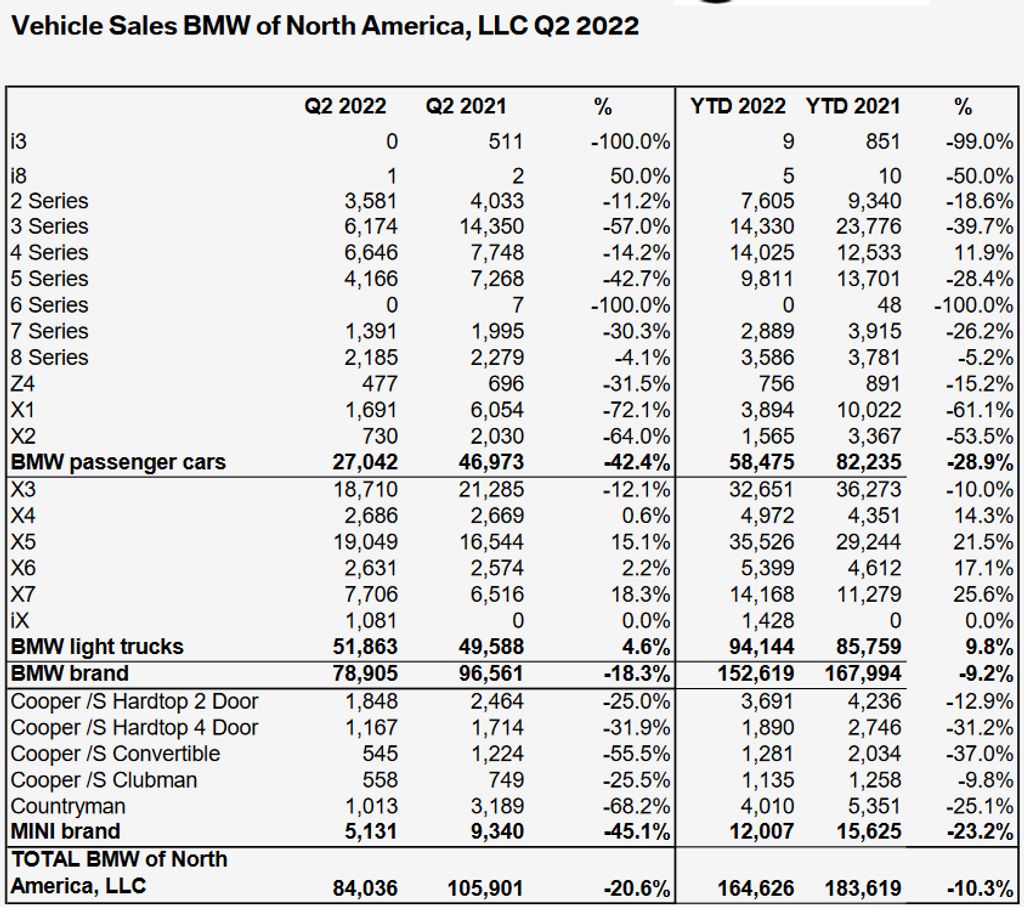