Panasonic: Tesla Asked Us To Speed Up Development Of 4680-Type Batteries

Panasonic CFO Hirokazu Umeda revealed this week that Tesla asked Panasonic to speed up the development of the new 4680-type cylindrical battery cells.

Since Tesla introduced another battery cell format - the 4680-type (about 5-times larger than 2170), Panasonic started development of the 4680-type at "Tesla's request." The prototype was shown in October 2021.

In February, the company officially announced that will build two production lines at its Wakayama Factory in western Japan to manufacture 4680-type battery cells, starting in the fiscal year ending in March 2024, which means that it might happen between April 1, 2023 and March 31, 2024. At the time, rumors said that the output would be 10 GWh annually.

More recently, there have been reports that Panasonic is scouting for a site for a new battery gigafactory in the US (most likely related to 4680-type cells). But the rumored timeline is even further away (production start between April 1, 2024 and March 31, 2025).

It's probably not optimum for Tesla, which is one of the largest consumers of batteries for EVs and would like to secure battery supply in high volume. The company already produces 4680-type battery cells on its own (initially for the Made-in-Texas Tesla Model Y), but we don't know the details (chemistry, volume, or even specs of the Model Y).

According to Bloomberg, Panasonic notes strong demand for 2170-type battery cells as well (those are produced at the Tesla Gigafactory in Nevada for the Model 3 and Model Y).

“We can’t say more than what has been released, but we are getting many requests. We seeing continued strong demand from Tesla, for 2170 batteries, but also for faster development of the 4680.” 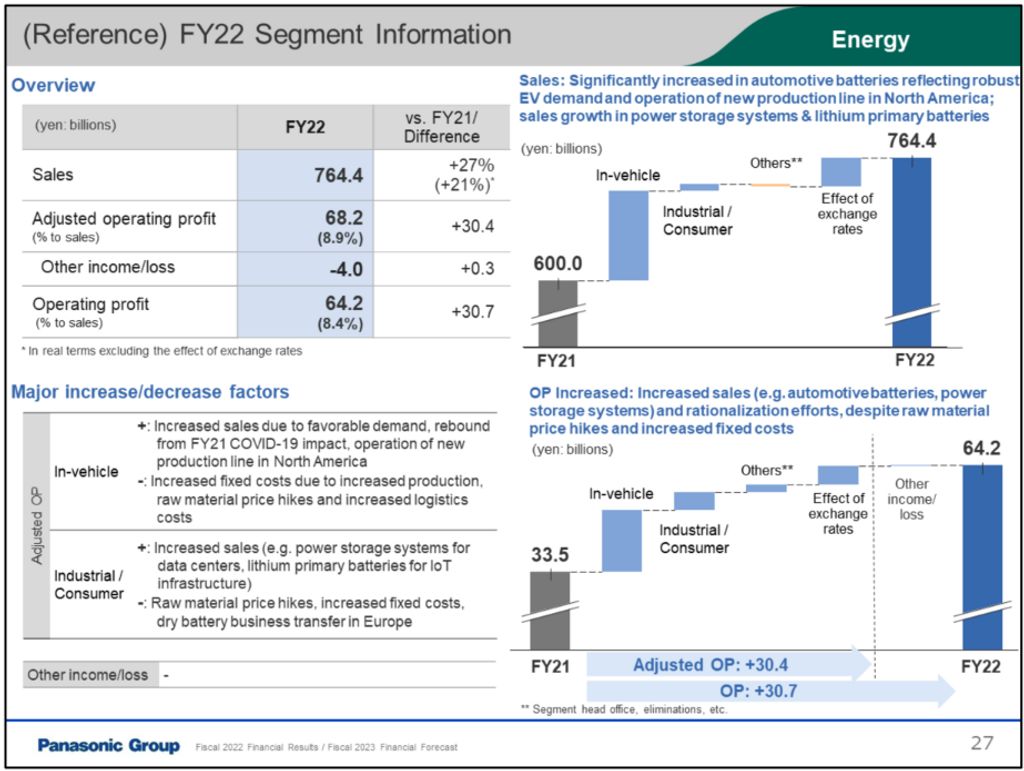 We can be pretty sure that if sales and profits are positive, sooner or later Panasonic will trigger the decision for a large 4680-type battery gigafactory.

There are also other companies, including LG Chem's LG Energy Solution, which might be interested in a deal with Tesla related to 4680-type (LGES already produces for Tesla 2170-type batteries in China, supplying the Tesla Giga Shanghai plant).