Syrah Technologies will use the money to expand its natural graphite-based active anode material plant in Vidalia, Louisiana.

A Tesla supplier of battery-ready graphite has been awarded a conditional loan of up to $107 million by the US Department of Energy (DOE) towards expanding its US plant.

Syrah Technologies LLC, a US subsidiary of Australia's Syrah Resources Ltd, will use the loan offered through the DOE's Loan Programs Office (LPO) to expand its manufacturing facility in Vidalia, Louisiana.

The loan is part of the Biden Administration's plan to create and strengthen a domestic supply chain for electric vehicle batteries and grow the US workforce to support domestic battery manufacturing for EVs.

Syrah Resources has a four-year offtake agreement with Tesla to sell the majority of the graphite anode material produced from the Vidalia plant. The US EV maker has the option to buy more subject to the expansion.

The Vidalia facility plans will become the first US-based source of graphite anodes for the domestic EV and lithium-ion battery manufacturing industry. The factory will process graphite from a mine in Mozambique, which is also owned and controlled by Syrah Technologies' parent company. This makes the Syrah Vidalia Facility the only vertically integrated, large-scale AAM producer outside of China, and the first such supplier in the United States.

This will help diminish America's dependence on China, which supplies all the graphite imported in the US. The Asian country produces nearly all the high-purity mineral needed to make the batteries, the DOE noted.

If it goes through, this loan would be the first from the agency's Advanced Technology Vehicles Manufacturing Loan Program in more than decade. It would also be the program's first-ever loan to support a supply chain manufacturing project.

The loans program previously provided $465 million to Tesla and gave a $535 million loan guarantee to Solyndra LLC, a California company that went bankrupt in 2011.

The loan announcement builds on a recent authorization by President Biden to use the Defense Production Act to secure sustainable and reliable domestic sources of critical materials for large-capacity batteries, including graphite. 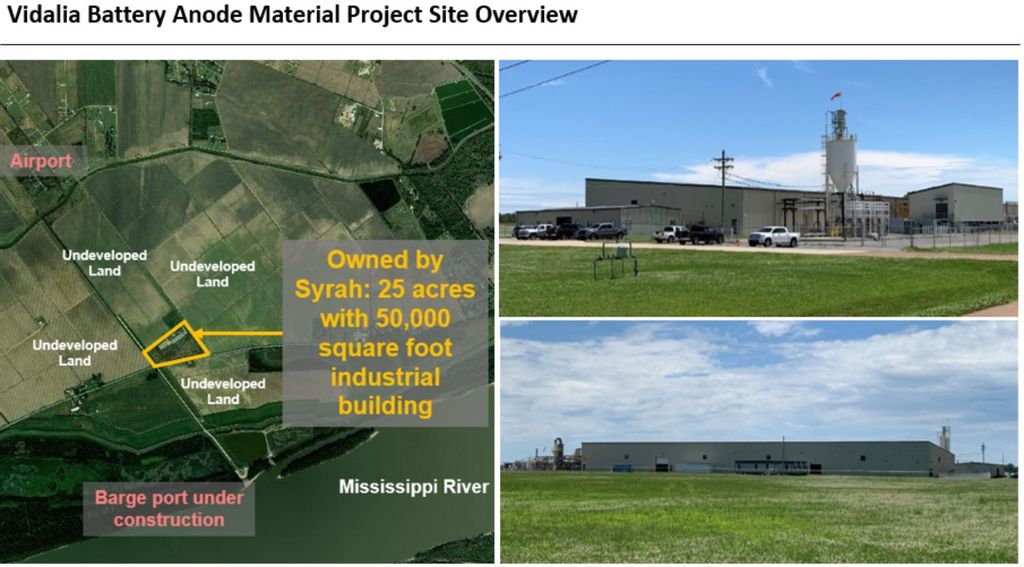 Source: US Department of Energy