EV sales in 2021 were quite impressive, especially considering the circumstances. However, 2022 brings more uncertainty.

The race of Italy’s electric car market shows signs of fatigue, as 2022 started off with mixed results. While other European countries continued boasting exponential rises in January consistent with the exuberance of year-end, the same was not completely true in the continent’s fourth largest car market.

Unrae statistics for the Italian auto market show how uncertainty is creeping in. January saw an almost 20% decline Year-On-Year (YoY) in overall car registrations, a trend in line with previous months that is showing no signs of stopping. Petrol and diesel powertrains also maintained their downward spiral trajectory, with 27.2% and 19% market share respectively (coming from 36% and 27% a year prior), in favour of plugless hybrids, which increased their lead to a hefty 34.9% (from 24.3% twelve months before).

Full electric vehicles scored 3,658 registrations for the month, an almost 50% increase YoY from less than 2,500 units a year ago. This means a 3.4% market share, much higher than last year’s 1.8% but also far from the results of recent months, typically close to twice as many sales and share. This less than exciting result was certainly due to the end of financial incentives earlier in December, with the last deliveries under the outgoing scheme completed at the start of the year. Until new incentives are put in place, no further growth can be anticipated in the short term.

Plug-in hybrids had a similar performance to BEVs, and a better overall result. With 5,461 units, they also jumped almost 50% YoY (from 3,758 registrations in January 2021) and gained a round 5% market share. This result was in line with previous months, which bodes the question as to whether PHEVs will still be the plugged powertrain of choice in the Italian market for 2022, after a slight predominance in the full-year results of 2021. One thing is for sure, they will also be impacted by the lack of incentives going forward.

As the first month went by without fiscal boosts to electric mobility, the resulting combined 8.4% market share for plug-ins should probably be considered a good result – it is, after all, substantial YoY growth without any financial support. One can only wonder, however, the difference that even little and well-aimed incentives could do to support growth at a wildly different level, as the rest of Europe is showing.

Which models made it to the Top 10 in this lukewarm start to the year? The cheapest wins. 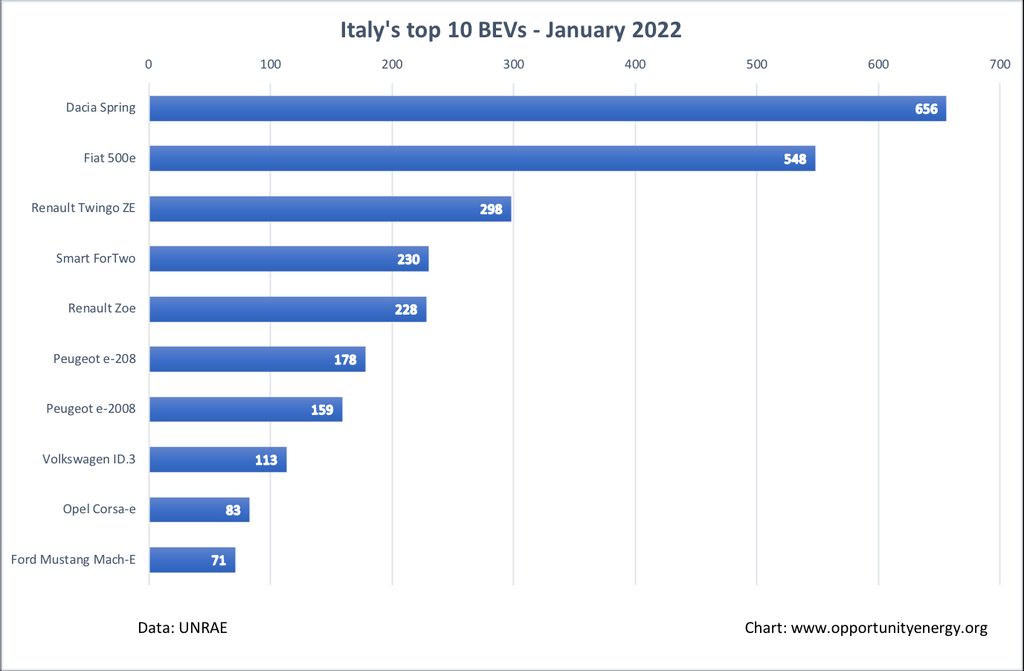 Dacia Spring took the first monthly crown of 2022 with 656 registrations, quite far from its September records (three times as many units), but sufficient to stave off the competition of Italy’s BEV queen the Fiat 500e, second at 548 units. The two minis couldn’t be farther from each other – a basic car with no frills and an upmarket fashionable product – however, they are likely to be the main fighters for the top spot throughout the year. If Dacia won’t experience production constraints, it may easily win the battle based on sheer price difference from the domestic hero of mini BEVs.

Let’s not forget the Renault Twingo ZE, which closed the month in the third position with 298 units, a stable presence in the Italian BEV monthly podium which could also aim at the top spot, if produced in sufficient numbers and properly advertised in this ideal market. More of the usual A- and B- segment models followed, starting with Smart ForTwo in fourth place at 230 registrations, trailed closely by former European favourite, the Renault Zoe (228 units).

With less than 200 units, Peugeot e-208 and e-2008 took sixth and seventh place, before finally seeing a higher segment model, the VW ID.3 in eighth position, still struggling to make a mark in the tough Italian market. Opel Corsa-e and the outlier Ford Mustang Mach-e, the only D-segment car in the Top 10, closed a chart starved of Tesla sales, as rather frequently happens in quarter-start months. We will see Model 3 and Model Y again soon, just not this month. 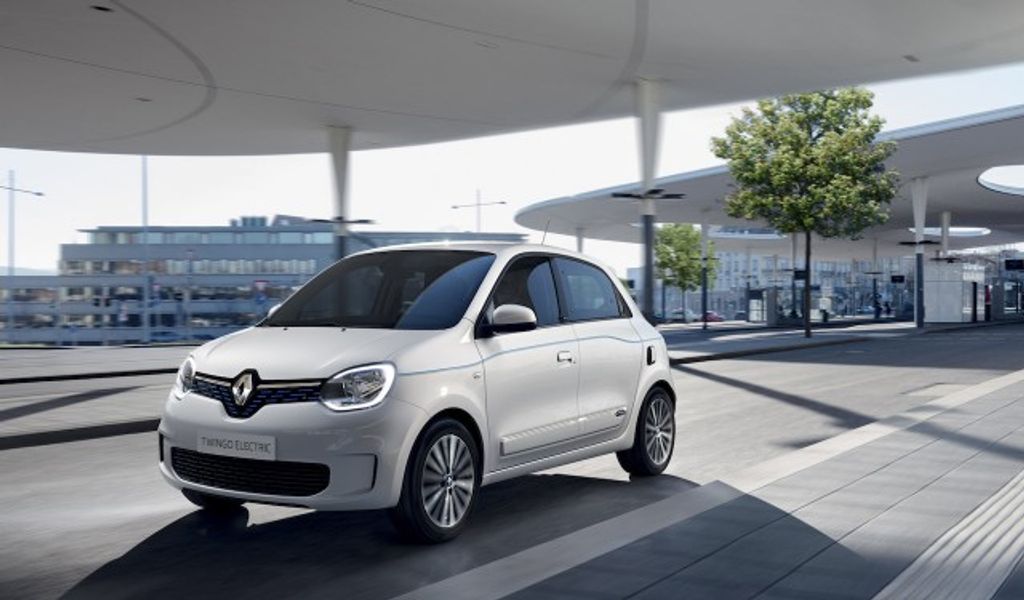 As the Italian auto market reacts to the technology transition and a break to eco-incentives, overall car sales crater in this cost-sensitive region, and impacts can already be seen in less-than-expected growth levels for the still expensive full electric models.

There is reason to believe this to be a short-lived glitch in an otherwise unstoppable long-term transition. However, Italy’s government should also ponder the industrial implications of this lack of support, in a country with such a legacy of automotive industry excellence. Unwittingly – or knowingly – slowing the pace of change won’t pay any dividends.