It happened. CCS2-compatible electric cars can charge at all Tesla Supercharging stations.

Tesla announced that all of its Supercharging stations in the Netherlands are open for use by non-Tesla electric vehicles (compatible with the CCS2 DC fast charging connector standard).

The Netherlands is actually the first country where the company launched the Non-Tesla Supercharger Pilot on November 1, 2021 (10 stations) and the first where the full opening happened - about three and a half months later, on February 14, 2022.

EV drivers will be able to use about 35 Tesla Supercharging stations in the country (at least several more are planned for 2022).

Non-Tesla Supercharging in the Netherlands - February 15, 2022 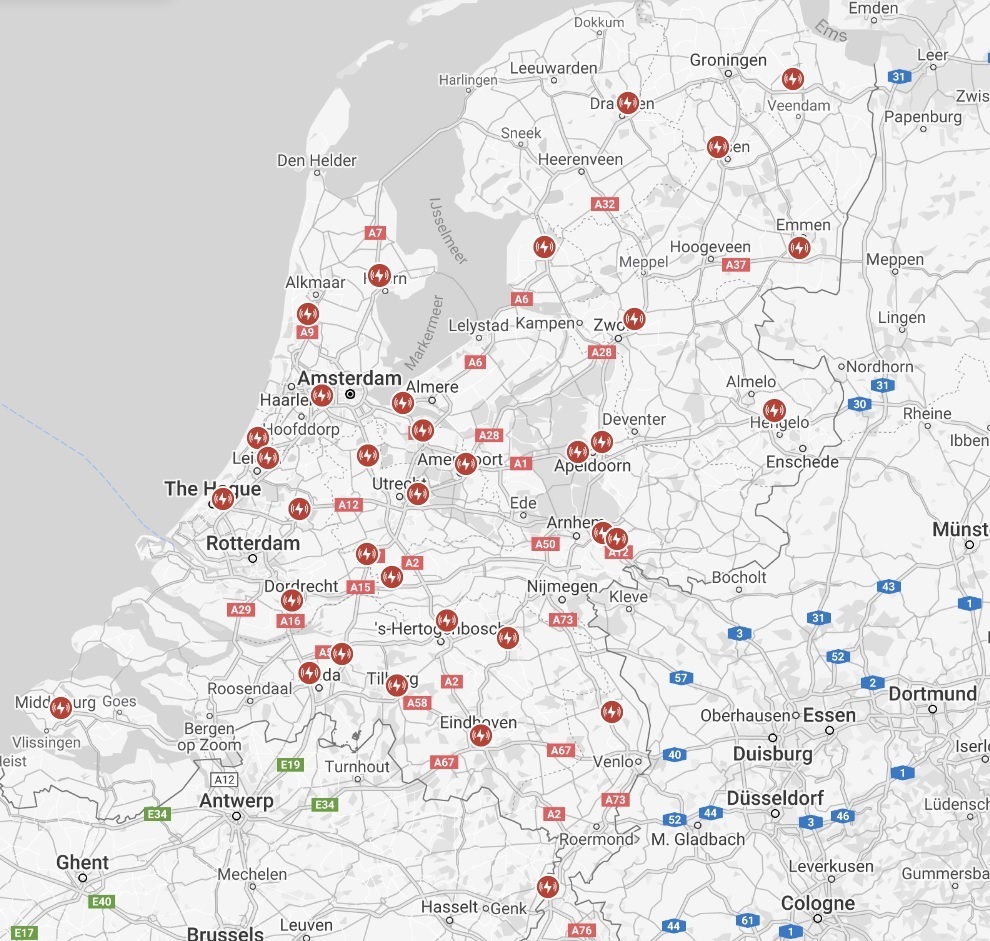 Non-Tesla EVs can use Tesla Supercharging via the Tesla app - by selecting Charge Your Non-Tesla option.

Tesla offers a single-use, as well as a subscription (Members) with a lower price per kWh - basically similar to Tesla drivers (who do not have to pay a monthly fee). The prices vary (depending on place and time) so we can't include general pricing, but they are considered very competitive (according to single-case reports).

Meanwhile, in late January 2022, the Non-Tesla Supercharger Pilot expanded to Norway (15 stations) and France (16 stations). We guess that later this year, all Supercharging stations will be available for non-Tesla EVs as well. It's also possible that other countries will gradually join the non-Tesla pilot/full opening.

Because all new Tesla cars are also natively compatible with the CCS Combo 2 charging connector, as far as Europe is considered, all new EVs are just a few steps away from full two-way compatibility everywhere (Tesla EVs vs. non-Tesla EVs and Superchargers vs. general fast-charging infrastructure). Older standards EVs (like CHAdeMO) are in the minority and are gradually fading away.

One thing that might still need to be addressed is the layout of the Tesla Supercharging stations, which due to short cables might not work with all non-Tesla models. A separate issue is that the fast charging infrastructure as a whole is not yet ready for vehicles with trailers and larger vehicles (trucks). Only some stations (Tesla or non-Tesla) have a drive-thru layout.

⠀ Watch Why A CCS Adapter Might Be Important For Tesla In The US
Tesla Announces Free Off‑Peak Supercharging In Europe (Holidays)
By: Mark Kane
++
View Comments
++
View Comments
Got a tip for us? Email: tips@insideevs.com