The company notes record production and deliveries, combined with a record operating margin.

By the way of the Q4 2021 financial report, Tesla announced the final vehicle delivery numbers for the fourth quarter and full-year 2021, which as usual, are marginally higher than in the preliminary report.

The company noted record production and delivery numbers for both Q4 and 2021, as well as record operating margin and a record low global vehicle inventory. The results, visualized below, are truly remarkable.

Let's take a look at the details and then check out the outlook.

Tesla produced 305,840 electric cars and delivered 308,650 during the period, which both are record numbers.

The growth is associated with the Model 3/Model Y, as the Model S/Model X are in the ramp-up phase after a major refresh.

As we can see, the global vehicle inventory (days of supply) further decreased to just 4 days. That's an amazing result and a true sign of how high the imbalance is between demand and supply.

* The company doesn't break sales between the individual models.

Tesla repeats its expectation that the long-term average annual growth of vehicle deliveries will be at around 50%.

50% growth in 2022 would translate into 1.4 million - we guess that 1.5 million should be achievable. In the best-case scenario, it could be even more. By the end of 2022, there might be close to 4 million Tesla cars on the roads.

"We plan to grow our manufacturing capacity as quickly as possible. Over a multi-year horizon, we expect to achieve 50% average annual growth in vehicle deliveries. The rate of growth will depend on our equipment capacity, operational efficiency and the capacity and stability of the supply chain. Our own factories have been running below capacity for several quarters as supply chain became the main limiting factor, which is likely to continue through 2022."

Here is how quickly the company increased vehicle deliveries in the past (slowdown appears to be mostly related to lockdowns in 2020): 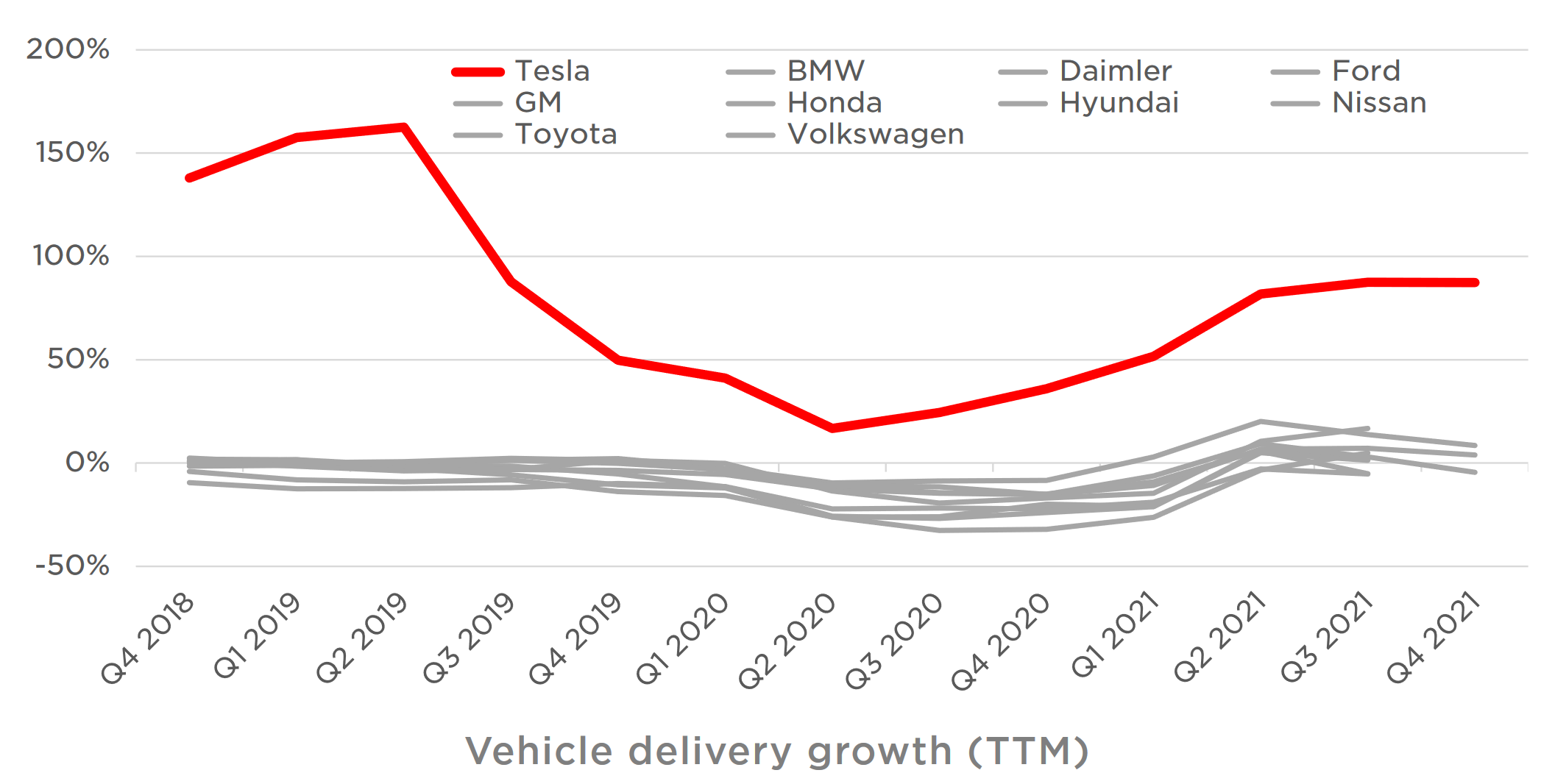