Currently, the lineup consists of five models (some very similar to each other - SUV/Sportback versions). The Audi Q4 e-tron and Q4 Sportback e-tron joined the party recently. The duo noted, respectively, the first 45 and 19 sales (described as "Launch preparation vehicles") in Q4.

It's not a surprise that the electric Q4 entered the market in Q4 right?

It's expected that results will increase significantly in 2022 thanks to the Audi Q4 e-tron.

BEV sales by model in Q4:

Audi sells also PHEV cars (A7, Q5), but sales volumes for plug-in hybrid versions of conventional models were not released. 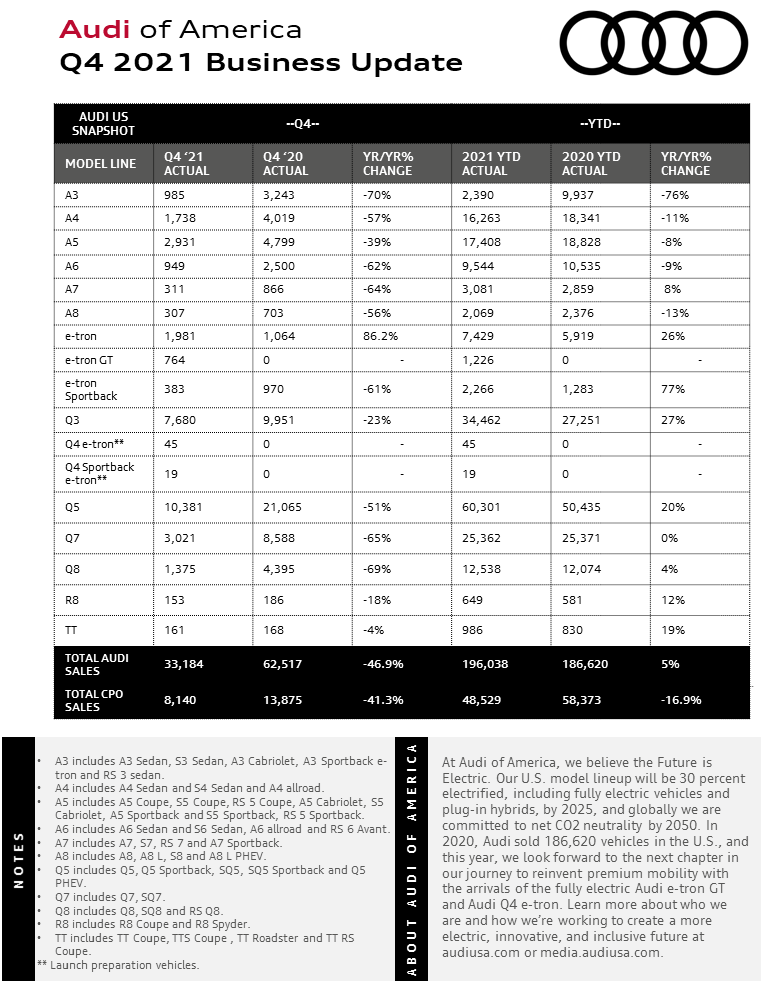