They argue that this solution is cost-effective and it no longer requires the vehicle with the charger to connect to the grid.

Most mobile charging services for EVs rely on installing a big battery pack in a van, then sending that van to charge stranded EVs just enough so they can reach a charging station. There is, of course, an easier way, installing a gas generator instead of a big battery, which is what a Russian startup called L-Charge is proposing.

They want to use gas generator-chargers that can run on liquefied natural gas or hydrogen that will in turn provide the electricity needed to charge an EV. L-Charge says its charger can put 80 percent back into an average EV’s battery pack in around 7 minutes and that even though burning fuel generates harmful fumes and byproducts, the company says its solution is around three times cleaner than a comparable diesel vehicle.

However, L-Charge’s solution is still more harmful to the environment than a typical charger that just draws from the grid. The company will tell you that not requiring a grid connection is a positive and that its solution produces cheaper electricity that costs a claimed 0.80 Euro cents per kWh. 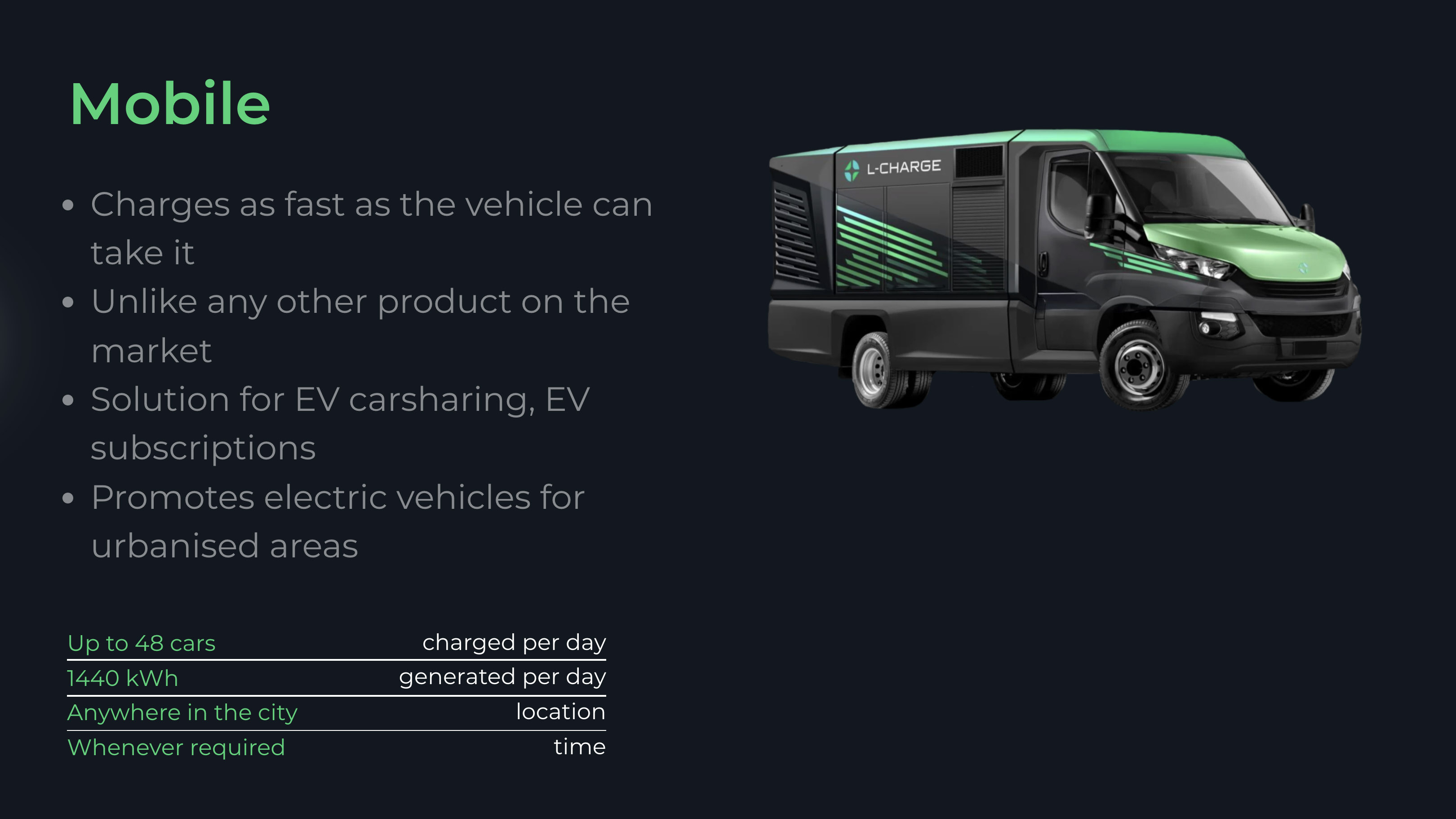 L-Charge is based in Moscow but it wants to launch this service in the United Kingdom first, with the declared goal of promoting the purchase and use of more electric vehicles. According to the company’s founder, Dmitry Lashin,

The problem with electric cars is that even if you have 98% of the battery filled, you still put it on charge. As a result all the slots are occupied and no one is charging.

The plan is to bring the cost down for each individual mobile charging station to around $200,000 and each would have the capacity to charge up to 25 electric vehicles per day. The service will be introduced in London at some point in 2022 and in the future it is also looking at installing stationary charging points too, as the company says on its official site

Our innovative EV charger is actually a mini power plant. It is offered in two variants – stationary and mobile. The stationary version can be installed in any location – supermarkets, hotels, roads, traditional petrol stations, etc.

The mobile version is an on-wheel unit that can move around a city and charge EVs. We use the cleanest fuel types for our chargers: LNG (liquid natural gas) or an LNG/H2 mixture (the ratio depends on regulations and fuel prices) or pure H2.

We out-perform any type of grid-connected charger network in terms of scalability, charging speed and EVEN in the impact on the environment