They could have the same EPA range only if Polestar 2 had 25-30% higher battery capacity.

The recently released EPA range of the entry-level Polestar 2 Single Motor version is an impressive 270 miles (434 km). It's basically on par with the entry-level Tesla Model 3 RWD with the same wheel size - 267 miles (430 km).

EPA numbers for the Tesla Model 3 RWD are not yet released, but the manufacturer usually is correct with its estimation.

However, when we take a closer look at the battery capacity, we can see something strange. The Polestar 2 SM has a 78 kWh battery, while the Tesla Model 3 RWD has about 60 kWh (give or take a few kWh, as the manufacturer does not release a specific number).

That's a 30% difference. How it could be that the cars have a similar range, while Polestar 2 has maybe 16-18 kWh more?

There must be some devastating efficiency differences between the two. And that is despite the fact that the Tesla has more power.

The price of the cars is very similar, however the Polestar 2 is eligible for a tax credit, while Tesla Model 3 is not.

It might make a difference for consumers, but on the manufacturer level, we see a big problem - a substantially bigger battery means that the costs are higher, and the margins are lower, especially if we consider that Tesla has switched to the less expensive LFP batteries, while the Polestar has NCM lithium-ion chemistry.

Let's now take a look at the dual-motor, all-wheel-drive versions of both cars - once again, with 19" wheels.

The battery pack sizes are now similar - Tesla might have a few kWh more battery capacity (it could be even 4 kWh, assuming 82 kWh total). But the range is then substantially different and Tesla Model 3 can go 334 miles (537 km). The Polestar 2 has a quarter lower range, at 249 miles (401 km).

It's also a proof of a vast difference in efficiency of both cars that were supposed to be closer to each other.

Anyway, the Polestar 2 offers similar acceleration and its price is almost a fifth lower, which combined with the attractive design - that many customers prefer - might be an interesting option.

Update: We are aware that EPA range might not be matched in a particular test or use case, but the main point of the article is the significant efficiency difference (including charging losses) between the two models. The difference appears also in other tests. 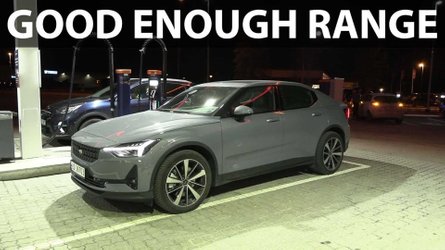 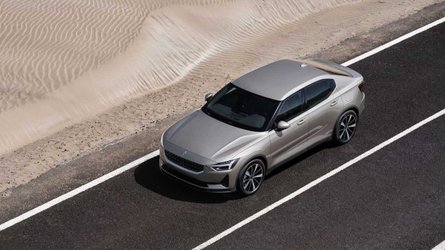 US: Polestar Announces 2022 Polestar 2 Specs And Prices
By: Mark Kane
++
++
Got a tip for us? Email: tips@insideevs.com