These Rivian employee-owned R1Ts are likely the first ones sporting cosmetic touches.

Rivian R1T owners have started to customize their electric pickup trucks, and these are the first cosmetic tweaks we've seen so far.

It’s plain to see that the tint on the front charging status LED bar does not seem to affect visibility when it’s turned on, making this feature noticeable only when the vehicle is parked. While beauty is in the eye of the beholder, we should point out that tinting the front LED charging status bar is legal as it does not include the Daytime Running Lights (DRLs)—those are the ovals surrounding the headlights.

However, as one forum user puts it, tinting the taillights’ stop light segments is not legal as it affects the brightness and visibility of the stop lights which must meet DOT standards. As for the tinted windows, they look alright and can prove useful in states with lots of sunshine year round.

Other than these changes, the R1Ts look stock, even sharing the same alloy wheel design. We’re definitely going to see more substantial custom modifications for the Rivian R1T with owners trying to have their trucks stand out from other R1Ts as the EV maker ramps up production and deliveries.

Speaking of deliveries, some R1T owners recently received emails from Rivian informing them of their projected delivery dates. According to a poll on Rivian Forums, most R1T reservation holders taking part in the survey (17.4%) said their delivery windows are March–April 2022. 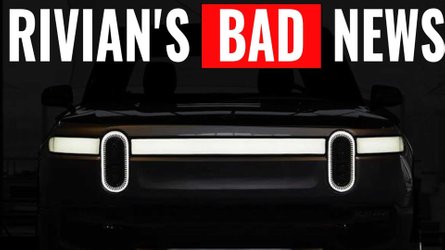 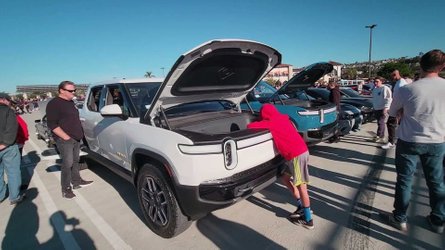