Mind you, this is an estimation based on one photo, although that’s not to say it’s not accurate.

Towing capacity and its effect on the Rivian R1T’s range will be an important point for some buyers. They do know how much the Rivian truck can tow, 11,000 pounds or 7,700 pounds for the R1S SUV, but they don’t know what that has on the vehicle’s real world range.

Well, we now have part of the answer to that question courtesy of a photo that surfaced on the Rivian Forums. The photo shows an R1T’s predicted range, speed and other parameters while the truck was towing a Ford Mustang on a flatbed (open air) trailer. Combined, their total weight is 14,260 pounds, according to McMoo, the forum member who posted the photo.

It’s worth noting that since it was being driven at 73 mph, this surely had an impact on the range projection. Had the vehicle been driven slightly slower, at around the 60 - 62 mph (96 - 100 km/h) mark, then the estimated range would surely have been higher.

Rivian says that towing the maximum allowed 11,000 pounds with the R1T will drop the range by about half and even though the trailer and Ford Mustang didn’t quite add up to that, the manufacturer’s estimate seems to be accurate.

More on the Rivian R1T 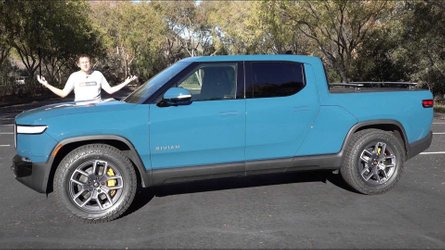 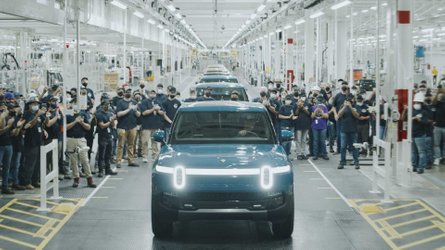