Southern California-based EV startup Mullen Automotive has announced it has increased the reservation limit for its Five compact electric crossover from an initial 5,000 to 25,000 vehicles due to strong demand.

The company says the Mullen Five’s world debut at the Los Angeles Auto Show on November 17 generated increasing media attention and consumer interest, leading to “overwhelmingly high” demand. Mullen claims that vehicle reservations reached “all-time highs” on Nov. 20, but does not say how many reservations it has for the electric crossover.

We can assume it has at least 5,000 preorders, otherwise raising the reservation limit would not make much sense. Now, you’ll be forgiven for suspecting this announcement is just a marketing stunt, especially since some publications rushed to say Mullen already has 25,000 reservations for the Five. That’s not accurate as the press release clearly states that reservations are currently open for a refundable $100 deposit.

“I am gratified by the level of interest on the Mullen Five. Our LA Auto Show booth is seeing strong traffic, positive reaction and response to the Five, the center point of our company effort and focus. We’ve decided to increase the limit of the total number of Five reservations from 5,000 to 25,000 vehicles due to the strong demand in the first three days of the show.”

Previously known as the MX-05, the Five is built on an EV skateboard platform said to offer multiple powertrain configurations and trim levels. The vehicle features a 95 kWh battery pack enabling a range of 325 miles (523 km) on one charge and 21-minute fast charging to 80% SoC.

Mullen says the base model does 0-60 in 3.2 seconds and tops out at 155 mph (250 km/h), while a range-topping RS model needs just 1.9 seconds (!) to cover the same sprint. Prices will reportedly start at $55,000 before incentives for the entry-level model. The company claims the Five electric crossover will enter production in Q3 2023 at a new plant in Tunica, Mississippi, with deliveries to begin in the second quarter of 2024.

Before you consider buying Mullen stock (yes, it's NYSE-listed under the MULN ticker symbol), you'll probably want to know the announcement drove the share price down 17% according to MarketWatch. That's quite strange seeing as Mullen's claim of having way more reservations than anticipated is a positive one.

As a reminder, we're talking about the same company that was supposed to build the Qiantu K50-based DragonFly electric sports car in the US in mid-2020 at a plant in Washington state. That is yet to happen, although its website still lists the DragonFly as "coming soon." 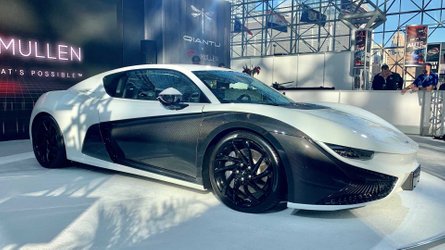 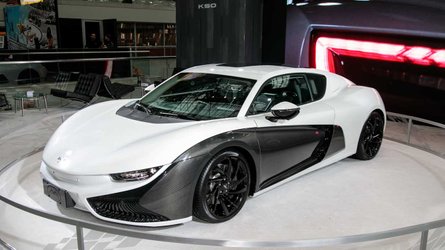 Qiantu K50 To Be Produced In Washington State