The year is 2012…you’ve just bought a brand new Nissan LEAF. Zero tailpipe emissions and life is good! But fast forward 10 years…and the battery has really degraded. You only get about 40 miles out of a charge now. Time to chuck it in landfill, right? Or is it? Stay tuned as we talk about ‘Where Batteries Go To Die!’

Put out to stud

For the last decade, EV naysayers have been drawing attention to the millions of EV batteries that will be thrown into landfill after 3 or 4 years of use. But what has transpired is a very different story! EV batteries are holding up so much better that people anticipated. Early Nissan LEAFs and Renault Zoes are staying on the road years after the naysayers said they’d be in landfill.

Now we’re not going to go over how resilient the batteries are as we made a full video about that a few months ago. Suffice to say that plenty of Teslas are doing 100,000miles and still have more than 90% of their battery health left!

This is obviously great news, but at the same time it’s suppressing an industry that’s just waiting to be unshackled! EV battery recycling just hasn’t experienced the necessary supply of used EV batteries yet. At least not to scale up like it will in the future.

But why is that? Why are we not recycling these batteries at volume yet?
Well…I suppose you could say that these batteries are increasingly like quality racehorses…when they finish their useful lives in cars, they’re put out to stud for a few more years! Let’s find out more…

But before we get on to talking about what happens when a battery has finished its useful life in a vehicle…let’s just think about when that is for a moment. It’s not like a switch flicks and the battery health goes from to 100% to 0% overnight! It’s a gradual process. And the reality is that a tiny range, even something like 30 miles, is more than enough for a large portion of people in the majority of their daily journeys.

So let’s say you bought a Nissan LEAF in 2015 and you do a lot of mileage. There’s 150,000 miles on the clock and the battery has degraded to something like 70%. Does that mean that the car is useless? Absolutely not. Consider most of the trips you do in your car. Or maybe your family has a second car that is just used for the school run and a bit of shopping. So the end-of-life tipping point for EVs is much farther away than you might have thought. And fair enough, the car may not suit your needs anymore, but there’s someone out there who will happily buy it off you as the range plenty for them!

So let’s finally accept that the battery in your old Nissan LEAF isn’t worth running in a car anymore. Or that the rest of the car has had so much wear, it’s not worth keeping. Or, as is unfortunately the case, the car has crashed and is a write-off.

This is finally where it goes to landfill, right? It’s useless now, isn’t it? Nope! It can actually still be worth a bit of money! You see there’s plenty of people and companies out that that will want to repurpose the battery. They might be hobbyists looking to convert an old internal combustion car to electric. Another is that they might want to use the battery for storage.

We’re going to have a quick look at energy storage now. So, in a nutshell, we’re talking about taking battery packs out of used or crashed EVs and installing them in a house, or some sort of commercial building.

You may have already heard of an off-the-shelf version of this…the Tesla Powerwall! They are in high demand, and people love the idea of having a backup energy supply in their house. And there are plenty of uses for them, depending on where you live in the world. You can purchase cheap electricity at night to charge up the battery, then use it during the day when the rate is much higher. They can contribute energy to your house for a few hours in the event of a power cut, which is hugely beneficial in some regions! You can also use it to harvest energy that would have otherwise gone to waste. If you had solar on the roof, but your house didn’t need all the energy that was being produced, you can divert it into the battery instead of going back to the grid.

So, many people are starting to use EV batteries for this purpose. It’s not as straight forward as just plugging in a double AA battery like you would into a remote control. You need to be fairly proficient at working with electrics and batteries. But if you are, or if you hire somebody that is, the benefits can be huge.

But those benefits are not just to the owner of the battery. The longer the battery stays in use, the more it offsets its manufacturing emissions and raw material usage. Also, batteries will help to balance national grids. Typically, the energy will be used when the most strain is being put on the grid…and this is when we typically burn more fossil fuels to power it. Thus the energy that you harvest and use will be cleaner.

Let’s jump away from the theory and from home storage and think bigger. We’ll take the example of the Johan Cruyff ArenA in Amsterdam. It’s 55,000 seat stadium that doubles up as a green energy producer and storage facility. What? Yep, you heard me right.

The roof of the stadium is plastered with 4,200 solar panels that harvest clean energy. But there is also a huge amount of energy stored in the form of repurposed EV batteries! They took the old batteries out of 148 Nissan LEAFs for a total capacity of nearly 3MWh of storage. It massively cuts down on the peak demand of the stadium, and helps to balance the grid. In the event of a power failure, they have up to 3MWh of energy on tap.

This is hugely impressive, but it’s only scratching the surface of what can be achieved. The Johan Cruyff ArenA uses just 148 Nissan LEAF batteries, for an average of about 20kWh per pack. But modern batteries are frequently in the 70-100kWh size. And we’re now producing EVs in the millions. The future is bright, we just need the will to make it happen.

So after years in an EV, and then a good few more years in home and commercial energy storage, batteries may well reach the end of their time. But thanks to the increasing longevity and robustness of batteries, the end-of-life moment is being delayed and delayed.

At that stage they are finally ready for recycling. It’s a nascent industry, and has barely had the chance to get going yet. So only time will tell how well it shapes up. Either by the carrot or the stick, it is crucial that companies are ready to recycle the materials in batteries. It’s all well and good to say that they will be recycled. But the reality is that the materials have to be financially viable to break down and refine.

It’s time to wrap up now as I’m pretty sure we’ve gone over time! Wow, I could talk about this stuff all day!

But we want to know what you think! Let us know in the comments.  Are there any aspects of the video that you’d like us to go into more detail? Do you have an EV, and if so, how is your battery faring? Do you have any battery storage at home or in work? 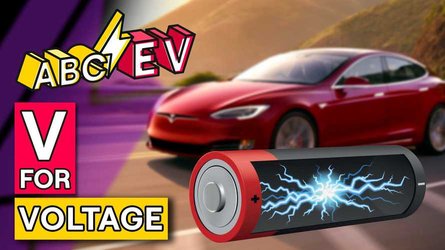 ABCs Of EVs: V For Voltage
⠀ 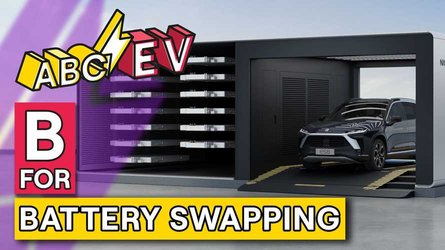 ABCs Of EVs: B For Battery Swapping
By: InsideEVs Editorial Team
++
++
Got a tip for us? Email: tips@insideevs.com