Several second-generation prototypes of the fully electric Honda AWV underwent a month-long field test at a Black & Veatch construction site in New Mexico, performing a range of functions. Those included towing activities as well as transporting construction materials, water, and other supplies to pre-set destinations within the large-scale solar energy construction project.

According to Honda, the field test was the first to deploy multiple units working collaboratively to support construction use cases.

The AWV is an AWD work vehicle that combines Honda’s rugged and durable off-road side-by-side platform with advanced autonomous technology, including sensors like GPS for location, radar and lidar for obstacle detection, and stereoscopic (3D) cameras for remote monitoring. The vehicle also can be operated by remote control.

"With our test partner, Black & Veatch, Honda was able to demonstrate the performance of our rugged all-electric Autonomous Work Vehicle prototype in a large-scale construction environment. We believe the Honda AWV has the potential to bring greater efficiencies, higher levels of safety and better environmental performance to the construction industry, and to other industries seeking an autonomous off-road solution.”

The 1,000-acre solar energy construction site proved to be ideal for testing the capabilities of the AWV, especially its ability to stop at precise points along a pre-set route. Thanks to a high-definition map of the site produced by Honda, Black & Veatch operators were able to precisely set start and stop points for multiple Honda AWVs using a cloud-based app interface that runs on tablets and PCs.

The vehicles performed the transport tasks assigned to them and proved capable of stopping within centimeters of the pre-set points. The test also demonstrated the viability of the AWV’s battery system while operating up to eight hours in a high-temperature environment.

The vehicle carried payloads of nearly 900 lbs (408 kg), and in a separate use case towed a trailer carrying over 1,600 lbs (725 kg). Honda has not announced commercialization plans for its AWV yet, but it will continue developing the platform through field testing. 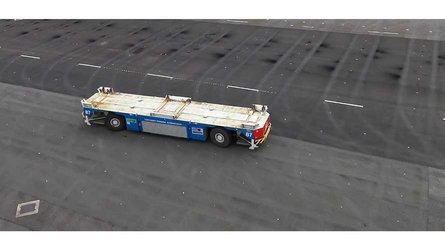 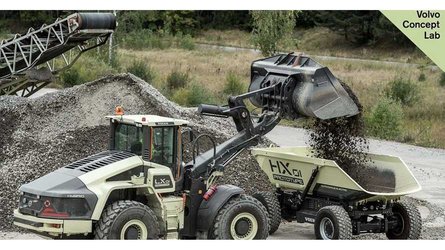 The Future Of Gold Rush? Volvo CE Unveils It Autonomous Electric Load Carrier HX2
By: Dan Mihalascu
++
++
Got a tip for us? Email: tips@insideevs.com