Elon Musk warned people that they need to pay attention, and Tesla is watching.

Tesla continues to make it abundantly clear that the Autopilot and Full Self-Driving Beta systems require the driver to pay attention and be ready to take control at a moment's notice. Its new Safety Score attempts to weed people out who aren't driving in such a way that would help the beta program, or are making unsafe driving decisions in general. In addition to those measures, Tesla is kicking beta testers out of the program for "improper usage" of the technology.

Our team was just talking the other day about an FSD Beta tester who reportedly had the technology revoked. The Tesla owner may have taken some folks for a ride to check out the technology. We have no way of knowing for sure what played out, but it seems other Tesla owners have also been removed from the beta program.

According to Teslarati, Tesla has sent emails to some FSD Beta testers letting them know that their driving activity has been "flagged." More specifically, these owners were simply warned that they were using the technology incorrectly or irresponsibly.

It seems if you misuse FSD Beta, you'll be warned once. If the problem continues, Tesla will remove you from the beta portion of the program. However, these people have paid for the technology, and once it rolls out to the general public, they'll almost certainly still be eligible to get the updates. If not, Tesla would have to issue them a refund.

You are receiving this email because telemetry from your vehicle was flagged for improper usage of the FSD Beta feature.

Specifically, while using the FSD Beta feature, you or another driver of your vehicle received:

This is your only warning to please keep your hands on the wheel and remain attentive at all times when using Autopilot. The car is not autonomous, and if you aren’t paying attention, a crash could happen, and you or others could get hurt, or worse, so failure to abide by this warning will result in removal of the FSD Beta feature from your vehicle.

Unfortunately, we have no idea what the drivers did to cause the warnings. And, sadly, based on similar reports we've seen on Twitter, the drivers also appear unaware of what behavior contributed to the warning. Most have just commented that they'll work to drive more safely so they don't lose access. 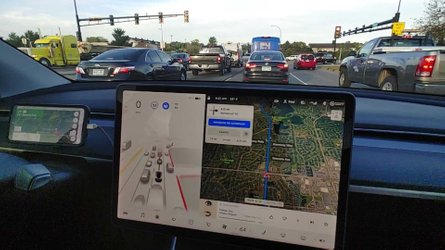 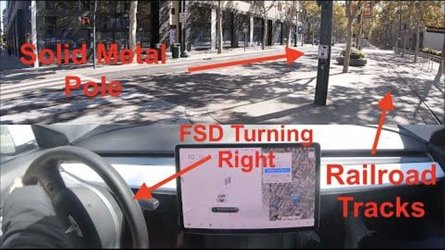 Teslarati says Tesla is specifically paying close attention to drivers who are looking at their phones, or not paying attention to the road. While there are likely some Tesla owners who are pushing the limits of FSD Beta in other ways, inattentiveness seems to be Tesla's biggest concern, and that makes perfect sense.

Tesla CEO Elon Musk recently tweeted that FSD Beta testers must remain vigilant no matter how capable they believe the technology is becoming. He also made it clear that they'll be "booted" if they aren't "super careful."