This incredible milestone is primarily due to increased Model Y production at the Shanghai factory.

Tesla’s Q3 2021 financial results are really impressive, with the company achieving the ninth consecutive profitable quarter with a declared profit per share of $1.86.

Obviously, that wouldn’t have been possible without strong deliveries, and we already know Tesla handed over a record 241,300 cars in this year’s third quarter. That’s 20% higher than last quarter and 70% higher than the same quarter of last year.

But yesterday’s Tesla Q3 2021 earnings call revealed another impressive figure, this time related to production. For the first time in its history, Tesla has reached an annualized production rate of over 1 million cars in Q3 2021. The announcement was made by the company’s chief financial officer, Zach Kirkhorn.

“We were also able to achieve an annualized production run rate of over 1 million cars towards the end of the quarter. The increase in production rate has primarily been driven by further ramping of the Model Y at our Shanghai factory. Additionally, we have made great progress increasing production volumes of Model S and have recently started the ramp and deliveries of Model X.”

This milestone is even more remarkable considering that it was achieved with relatively low Model S and Model X production numbers. The CFO noted that Tesla’s flagship sedan and crossover would take some time to get back to their previous volumes, but he declared himself optimistic about it.

“It will take a bit more time to get this program back to prior volumes but based on demand, we are targeting to exceed historical production levels.”

The CFO added that another major factor contributing to the 1 million annualized production rate is the fact that Tesla has completed the transition of the Shanghai factory as its main export hub.

“This has enabled us to supply more vehicles to the North American market and to introduce Model Y to Europe.”

Kirkhorn also said while Tesla has practically doubled deliveries, the company still faces heavy challenges due to parts shortages and logistics variability, with the result being that Tesla’s factories are not at full capacity. Despite that, the CFO went on to say that Tesla maintains its goal to grow at an average pace of 50% per year.

This looks feasible for 2022 as both Giga Texas and Giga Berlin plants are poised to start manufacturing their first production cars. Both new plants are built in areas where massive expansions are possible, ensuring room for growth in the future. Kirkhorn estimates that each of these factories have a possible production target of 10,000 vehicles a week.

Hit play below to listen to Tesla's Q3 2021 earnings call in full (audio only). 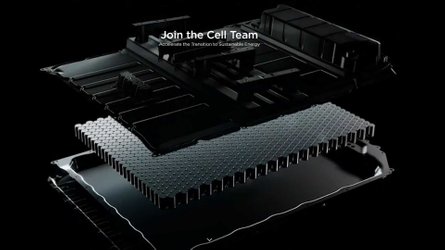 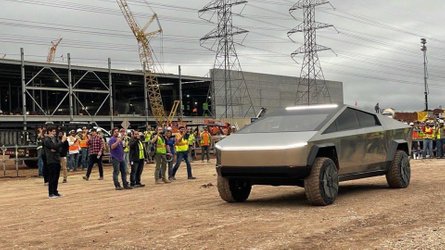