Lunaz has made a name for itself as a company that specializes in turning classy old British cars into EVs. The vehicles they create are engineered to a very high standard, matching the price bracket where many of the classics they have worked on.

Their latest project is a fully-electric Aston Martin DB6. This vehicle, manufactured between 1965 and 1971, originally had a 4-liter straight-six with 282 horsepower, but now that has been replaced by an electric motor and a variety of battery packs ranging in size from 80 to 120 kWh, giving the vehicle a maximum range of 255 miles (410 km).

They don’t say how much power it has, but if previous projects are any indication, the vehicle will post similar performance numbers to the gasoline-burning original. Price for one is estimated at $1-million before taxes (donor car included) and Lunaz also announces that it can also perform the same conversion on the older DB4 and DB5 models, although in their case you will have to inquire to learn the price.

Lunaz is already taking orders for the electrified DB6 and it expects deliveries to begin in Q3 2023. The company also states that for the two older models, it has a very limited number of available build slots.

They have already converted many classic Range Rovers, Jaguar XK120s and vintage Rolls-Royce and Bentley models, but this is their first Aston Martin. Each vehicle will undergo a full restoration down to the bare metal and then be rebuilt with as many original restored components as possible.

The powertrains used in all these conversions are made in-house by Lunaz, but they do not share much about the origin or their exact specifications. They also improve vehicles’ suspension setups, brakes and they even add infotainment. 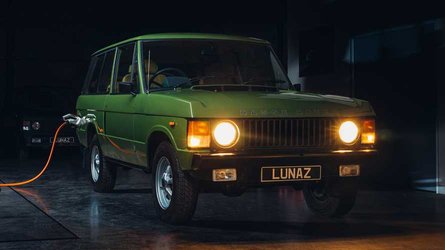 Range Rovers Are The Next Classics To Go Electric 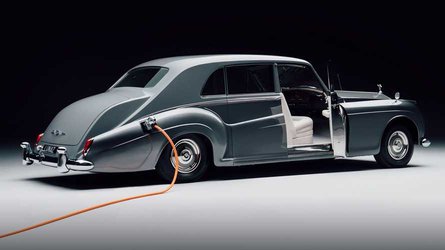 Electric 1961 Rolls-Royce Phantom Is The Most Fitting EV Conversion Ever
By: Andrei Nedelea
++
Got a tip for us? Email: tips@insideevs.com