We assume that it is related more to supply constraints than demand.

In the case of all-electric car sales, the results are pretty weak this time at 909 total (down 60% year-over-year). The e-tron SUV was down 84%, while e-tron Sportback was down by 61%.

These drops were too high to be offset by the new Audi e-tron GT that debuted with 462 units sold in its first quarter on the market.

We can assume that such a rapid decrease is not related to demand, but rather supply issues.

The BEV lineup consists of several versions of a total of three models. In the near future, the company will add also the Q4 e-tron and Q4 e-tron quattro: 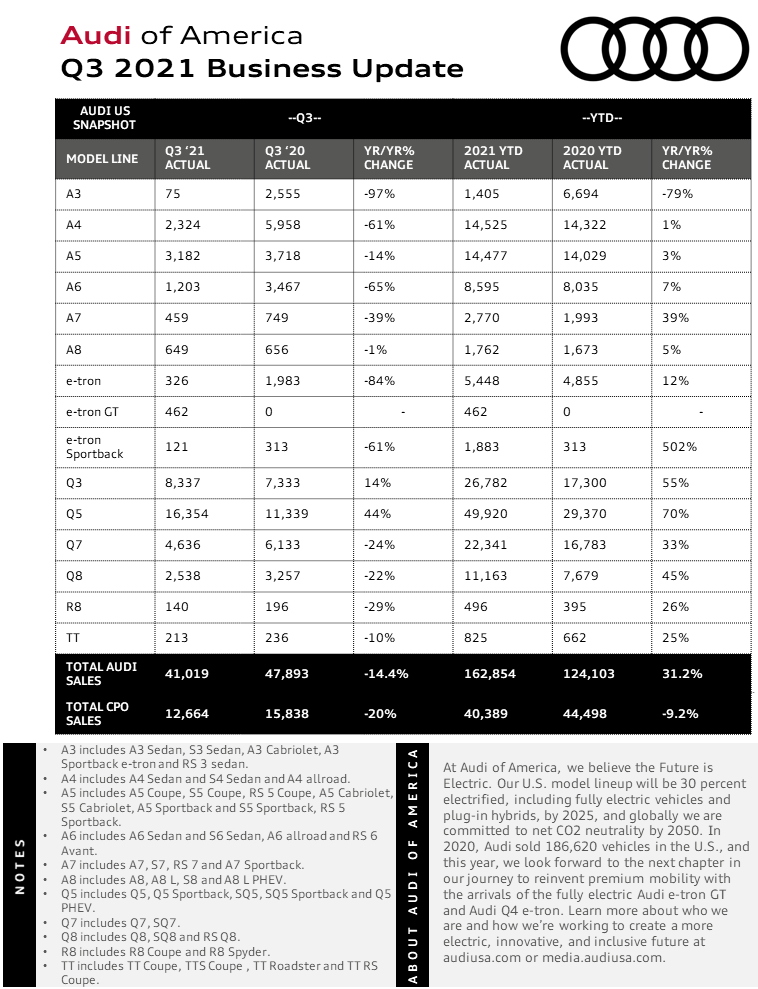 ⠀ We Take A Close Look At The Audi Q4 E-Tron, Inside And Out
Audi Q4 e-tron Vs Volkswagen ID.4: Range, Price Compared
++
Comment!
Got a tip for us? Email: tips@insideevs.com