The volume exceeds 10,000 units as the P7 skyrocketed.

Xpeng reports 10,412 electric car deliveries in September, which is 199% more than a year ago and a new all-time monthly record.

The results and the current rate of growth are amazing, mostly thanks to the P7 model which has tripled year-over-year to over 7,500 units. The G3 is also at its peak of over 2,600 and the duo was recently joined by the all-new P5 model. 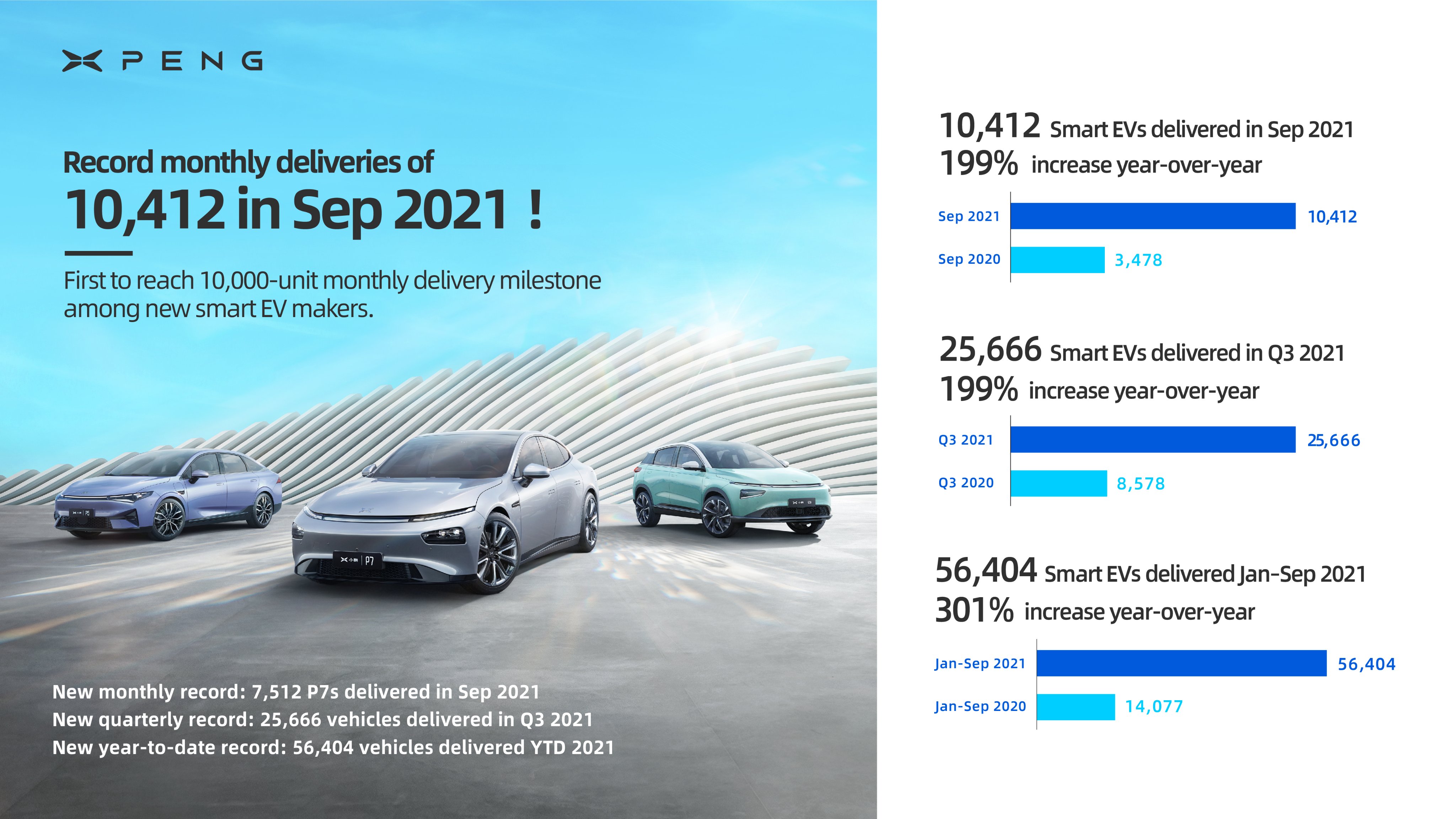 The XPeng P5 model, launched on September 15, has noted 6,159 orders within the first 24 hours, according to the manufacturer, which indicates strong demand.

Most likely it will be the best selling XPeng model in the lineup (at least after the ramp-up phase).

“With the P5, we have delivered a new level in sophistication and technological advancement for smart EVs in China, at a competitive price point. We believe this is an age of intelligence, and that intelligence will redefine mobility as a whole. Now we have made the best-in-class smart family sedan available at the RMB200,000 price range, bringing some of the most advanced driver assistance functionality to China’s vast and fast-growing middle-class consumer base.”

XPeng P5 On Navigation Guided Pilot 3.5 Is At Home In The City
By: Mark Kane
++
++
Got a tip for us? Email: tips@insideevs.com