We take a ride in a Model Y equipped with FSD V10.0 and leave with our brains fully intact.

After a twenty-minute spin around the Costa Mesa area of Southern California with Tesla's FSD V10.0 piloting the Model Y I was in, I can report the only thing that was blown were a few relatively simple maneuvers that the vehicle failed to properly execute.

I'm referring of course to Tesla's CEO Elon Musk's comments that the latest update, V10.0 would indeed be "mind-blowing". That's a tough prediction to live up to. There are some FSD beta testers that have posted videos of V10.0 piloting their cars without and interventions and praise the progress the system has made. There are also some that have indicated that while progress has been made, they are less impressed than others.

We had the opportunity to ride along in a Model Y and see for ourselves a few days ago and recorded the entire drive. As explained in the video, the ride wasn't planned, so we didn't have the chance to set up proper recording equipment. However, we did capture the entire ride with handheld cellphone video.

For those unfamiliar with Tesla's FSD (Full Self Driving) Beta program, the automaker has hand-picked a couple thousand Tesla owners and allowed them to download a beta version of its autonomous driving software. Frequent OTA updates are sent out that make improvements to the system and version 10.0 was just released a couple of days before our test ride.

Tesla's Full Self Driving beta system allows equipped vehicles to drive themselves from point a to point b without (hopefully) and driver intervention. The "driver" simply enters a destination in the navigation system and the car will attempt to drive itself to the end point - completely on its own. However, as this is still in beta form and still far from complete, the driver is supposed to keep their hands on the steering wheel and remain at the ready to take over should the need arise.

In our twenty-minute test ride the system made a number of mistakes and required driver intervention more than once. On a few occasions our driver needed to depress the accelerator because the vehicle was hesitation too long, and on one occasion he needed to take over and steer the vehicle, because FSD couldn't perform the task it needed to.

There were also a few times the car made abrupt lane changes and on one instance it made a sudden harsh lane change and overshot the lane, entering the lane to the right by 3-4 feet before quickly correcting and centering in the proper lane. 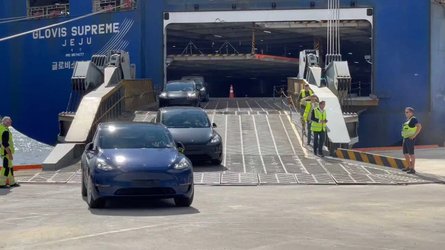 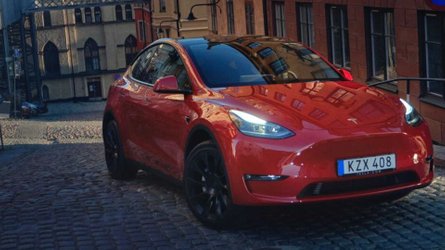 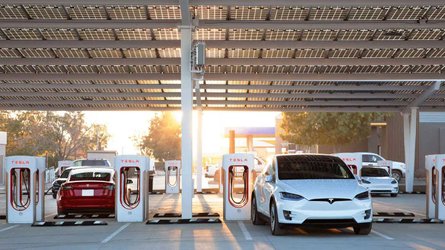 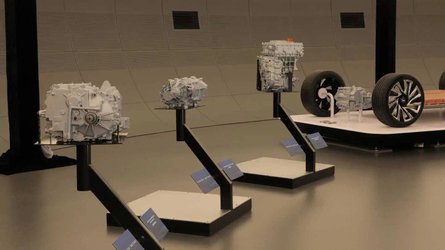 Can Other Automakers Team Up To Tackle Tesla?

FSD Beta program about to expand

Even though beta V10.0 was just rolled out a week ago, we're hearing that V10.0.1 will be available shortly. This version is expected to include a download button that will allow more people to opt into the FSD beta testing program.

Musk tweeted a brief explanation about how the download button would work. Tesla owners that paid for the Full Self Driving option and aren't already in the beta program will be able to request FSD beta. They will then have to agree to give Tesla access to track their driving behavior.

After collecting the driving data for seven days, Tesla will evaluate the driver and decide if they are a good candidate for the program. We suspect Tesla wants to make sure the individual is a safe and concientious driver and doesn't drive carelessly or recklessly. If they pass the test they will be granted access to the FSD beta program.

While we do point out in the video the mistakes that FSD made, it's important to note that we were still very impressed with the level of sophistication the system currently has. FSD can perform many tasks that even human drivers may find difficult, and with every update it continues to improve. This is hard stuff, and Tesla is pushing forward as hard as anyone to bring autonomous driving features to the public. However, we also believe it's important to temper the enthusiasm of those that believe a complete FSD is within sight - it's not.

After spending some time in the Model Y with FSD beta 10.0, it's painfully clear that Tesla is still a long way from being able to deliver on its promise of full autonomy and robotaxis, which Musk predicted would be ready (functionally) by the end of 2020. We're closing in on the end of 2021 and the system is nowhere near functionally-complete. Even with the progress they've made, it's hard to imagine Tesla even reaching the robotaxi goal by the end of 2022.

So check out the video and let us know your thoughts in the comment section below. When do you think you'll see unmanned Tesla robotaxi will be driving around your local community?