The days when an automaker would launch a vehicle and then make no upgrades to it for three or four years are gone, and Tesla is largely to “blame” for this thanks to the over-the-air software updates it pioneered.

Ford seems to adopt the same approach with the Mustang Mach-E, as product chief engineer Donna Dickson revealed during an appearance on the Munro Live YouTube channel. Ford will upgrade the electric crossover this year and again next year to improve driving range.

According to the Mach-E chief engineer, Ford is dedicated to continuously improve the battery-powered model it views as "the foundation that Ford is going to build from." Currently, the Mach-E’s driving range is between 211 miles and 305 miles (340–491 km), depending on the battery pack size and whether the vehicle is all-wheel drive or rear-wheel drive. The EPA rates the efficiency as between 90 and 101 MPG equivalent.

That’s great news, and the main way Ford engineers aim to accomplish that is by trimming weight. “We know we have to get some weight out to better those numbers,” Dickson added. But that’s not all, as Ford will also look into ways to improve battery efficiency, according to the engineer.

Answering criticism from Sandy Munro regarding the Mach-E’s complex cooling system, traditional automatic transmission parking pawl, maze of under hood hoses for the cooling system, and more, Dickson replied that most of these will be addressed soon.

For example, Ford will eliminate the automatic transmission parking pawl and one of the two motor cooling pumps. The carmaker will also replace heavy rubber hoses with thinner, lighter plastic lines and move to a consolidated single coolant reservoir in place of today’s dual reservoirs.

All these measures will lead to weight and cost savings, Dickson pointed out. You can watch the entire discussion about Sandy Munro's Mach-E teardown in the video above. 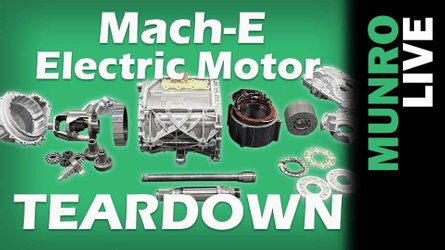 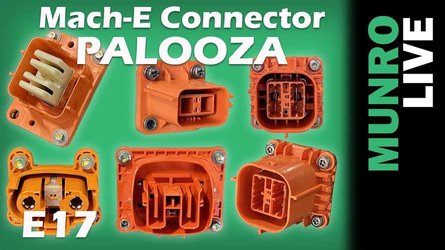