The plug-in hybrid Sportage will most likely borrow the powertrains from the Hyundai Tucson.

Taking one look at the all-new Kia Sportage makes it pretty clear that the Korean automaker really wants your attention with its new crossover. It matches a very bold exterior design to a very premium looking interior and a wide range of powertrains that will also include hybrids and plug-in hybrids.

Its electrified powertrains will be shared with equivalent model from Hyundai, the new Tucson. Both the hybrid and the plug-in will rely on the same 1.6-liter turbocharged four cylinder, for the former being paired with a 44.2 kW (60 horsepower) electric motor and a small 1.45 kWh battery pack for a total of 226 horsepower and 258 pound-feet (350 Nm).

The PHEV will be even more powerful. Its combined output is expected to be around 261 horsepower, while its torque figure will be 280 pound-feet (380 Nm), thanks to a more powerful 66.9 kW (90 horsepower) electric motor. The battery pack won’t be huge by modern PHEV standards, but 13.8 kWh, it should still offer a pure-electric range of about 28 miles (45 km).

The new Sportage is expected to go on sale later this year when Kia is expected to reveal more powertrain variants and details, as well as the pricing structure for the new model. 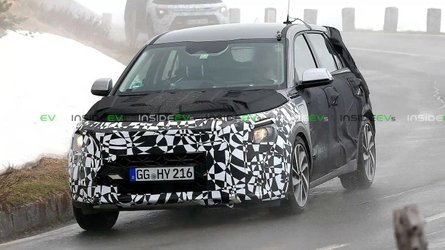 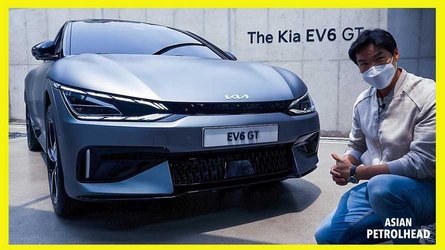