The company continues to not report plug-in electric car sales, but announced that the Jeep Wrangler 4xe has "quickly became the No. 1 best-selling plug-in hybrid in the marketplace." We are not sure, but it sounds like the Wrangler 4xe is the best-selling PHEV in the U.S.

The Jeep lineup continues to grow. Since the full launch of the Wrangler 4xe earlier this year, it quickly became the No. 1 best-selling plug-in hybrid in the marketplace."

It's possible, because Wrangler (all versions) noted 69,020 sales, but quite surprising that the 4xe is doing so well.

Customers probably highly appreciate the advantage of electric drive in off-roading as well as improved fuel economy in EV mode while commuting.

This will soon become even more interesting, as later this year Jeep will introduce an all-new Jeep Grand Cherokee two-row (including 4xe electrified version).

A similar situation concerns the Chrysler Pacifica Hybrid plug-in hybrid minivan - the sales results are reportedly good (the best second-quarter ever), but FCA does not reveal the number.

"Total sales of the Chrysler brand increased 36% to 18,900 vehicles compared to Q2 of last year, driven by the Chrysler 300 and Chrysler Pacifica. The Pacifica Hybrid, the minivan segment’s first-ever hybrid vehicle and the only plug-in hybrid minivan, also recorded its best ever second quarter total sales." 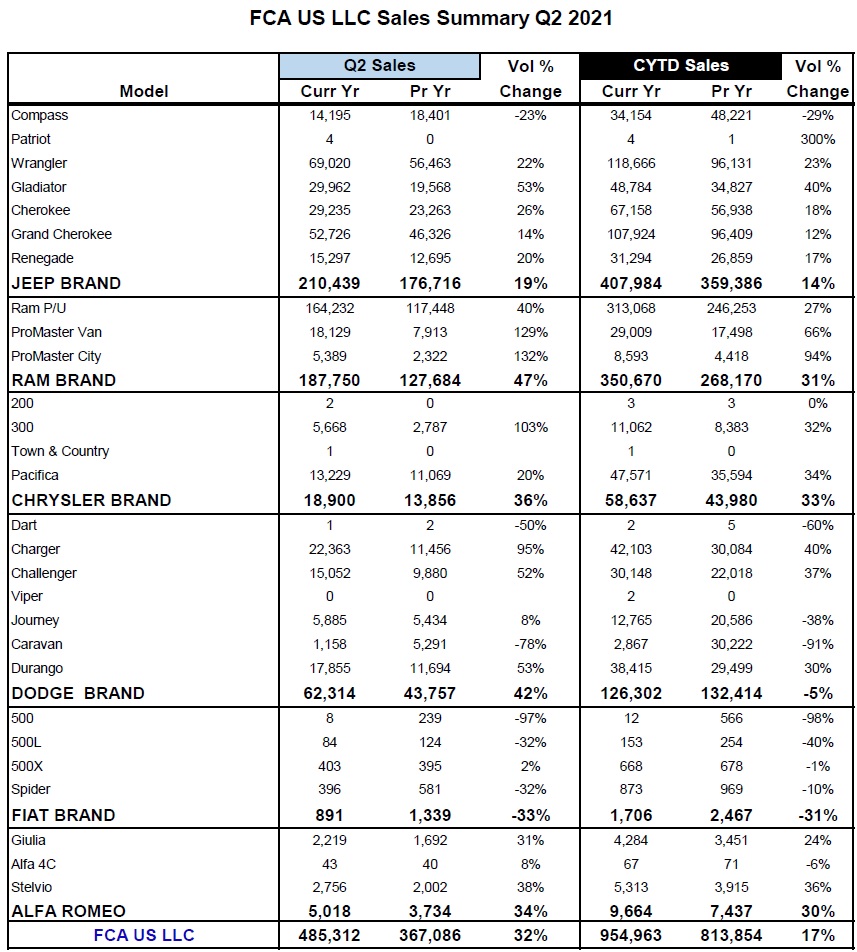