We are most interested in plug-in hybrids, the Toyota Prius Prime and Toyota RAV4 Prime, and here is a big, positive surprise as it appears that plug-ins surged to a new all-time record.

That's really amazing volume, especially since in the Q1 it was just under 10,000. Both models contributed to this result.

It makes the Prius Prime the most popular Toyota plug-in model. Year-to-date the company delivered 18,862 units (about half of all Prius sales and 172% more than a year ago), while the cumulative result is beyond 100,000.

We guess that it's just the beginning and depending on the production constraints, the RAV4 Prime could go higher than that - above 10,000 a quarter in not too distant future. At least the June result of 2,975 units indicates such potential.

The conventional hybrid version noted 52,446 units YTD, while all RAV4 sales stand at 221,195, which also suggests big potential for the Prime.

The Toyota Mirai is not a plug-in model, but a hydrogen fuel cell car (technically it is nothing more than a series-hybrid with a zero-emission on-board power source). 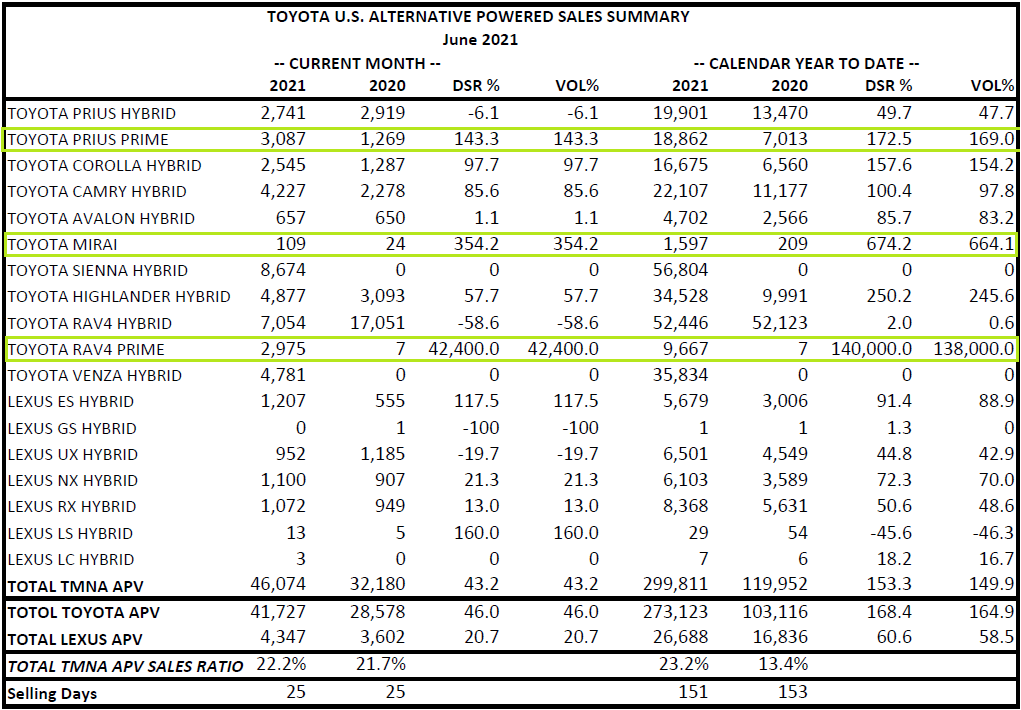 See Walkaround Of The Toyota BZ4X Concept In U.S.

Toyota Says It's Still Too Soon To Focus On Electric Cars
By: Mark Kane
++
++
Got a tip for us? Email: tips@insideevs.com