How well do forward collision warning and automatic emergency braking work in a Tesla with no radar?

Tesla owner Kevin Smith recently started using his YouTube channel for the purpose of testing his Model Y, which has no radar and is using "pure vision" for its Autopilot system and advanced driver-assist features.

Smith is a Manufacturing Software Engineer who took delivery of a Tesla Model 3 in 2018, and paid for the Full Self-Driving package. Sadly, he never got to use the feature in its full capacity.

Just recently, on May 27, 2021, he took delivery of a new Model Y with Tesla Vision. It doesn't have radar, though it does have Tesla's new Internal Driver Monitoring ACTIVE, as well as the Full Self-Driving package. Smith writes related to the video above:

"Second round of testing with Tesla Vision AutoPilot and a crash dummy to test the existence and effectiveness of the Forward Collision Warning (FCW) and Automatic Emergency Braking (AEB) functions without radar.

This testing was performed with a May 2021 Tesla Vision Model Y without Radar Hardware running 2021.4.18.1, conducted with permission on a closed dead-end section of a private road."

The video features an inflatable clown for the Model Y to avoid. All new Model 3 and the Model Y vehicles are being delivered without radar, as Tesla has switched to a camera-based pure vision approach. The Model S and X still have radar, at least for now.

While some Tesla fans seem excited about the vision-only approach, others are concerned that it may not work as well as cars with radar. They argue this could be especially true in inclement weather. Tesla's Elon Musk argues that pure vision is much more representative of the way people see and drive.

Smith's tests show that Tesla Vision needs improvement. However, the good news is that Tesla already pushed Software Update 2021.4.18.1, which has made some notable advances. As you can see in the video, the car stops for the obstacle while on Autopilot. On the other hand, with Autopilot disengaged, forward collision warning works, but automatic emergency braking falters.

The Model Y detects the obstacle, and sometimes braking is initiated, but sometimes it's not. When it is initiated, it simply slows the car rather than bringing it to a hard stop. 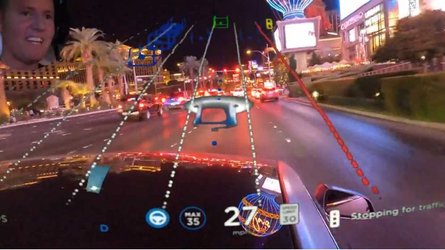 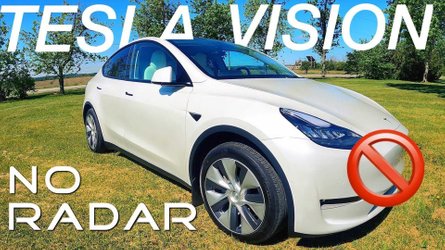 This Tesla Model Y Has No Radar: Let's See How Tesla Vision Works

Check out the video to see for yourself. Then, let us know what you think of Tesla's plans to switch to eliminate radar and transition to pure vision.