It only bares a passing resemblance to today’s Ridgeline, but it’s still a very cool approach to the EV pickup design problem.

What if Honda reinvented the gas-burning Ridgeline as a fully-electric pickup truck, or what if it sold a different BEV pickup alongside the existing Ridgeline? The Japanese manufacturer has not announced any such plans, but the resulting truck might look something like this model by Rene Garcia.

Rene created a very believable electric Ridgeline from the near future that still features some familiar model design cues, but it’s also clearly more modern looking than the ICE truck that Honda sells today. In fact, this seems like a reinterpretation of the previous-gen Ridgeline (known as YK1, built between 2006 and 2015), not so much of the latest YK2 model whose design is nowhere near as bold.

The new reimagined Ridgeline is a great looking thing, we say. It doesn’t really look like any modern Honda, yet Rene has somehow managed to keep its brand identity without resorting to any familiar design cues. In fact, other than the shape of the roof and how it meets the bed area in the rear, as well as some front and rear fascia elements, there is nothing that screams Honda Ridgeline.

And yet if you showed this model to people familiar with the truck (but hid the badges and script), they would still correctly guess what it is. It looks like it could be a present day concep vehicle that would be toned down for production, and it features what looks like a fully-functional interior with a screen spanning the width of the dash, a front trunk and a usable bed (where you can carry an ATV, just like the Tesla Cybertruck).

We absolutely love the look of this thing and we say it’s good enough to make Honda consider making such a vehicle. There are already plenty of electric trucks that are just about to be launched and we would be thrilled to see how Honda attacked the problem of making such a vehicle that is desirable and competitive.

Make sure to check out the extensive gallery that shows the vehicle in a variety of colors and environments, as well as with its body separated from its frame and with individual elements detailed and highlighted. It’s a truly outstanding piece of design that is good enough it may even inspire the automaker. 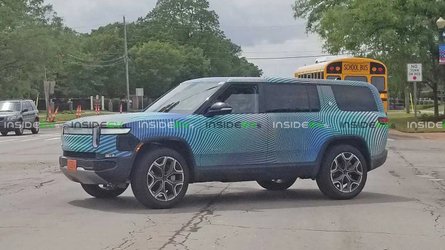 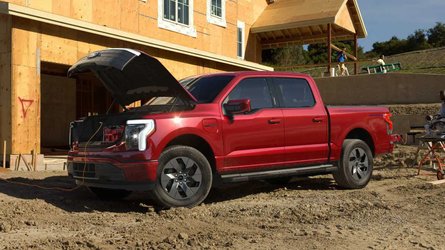