How Will Tesla's Curious Cyberquad ATV Stack Up To Rivals? 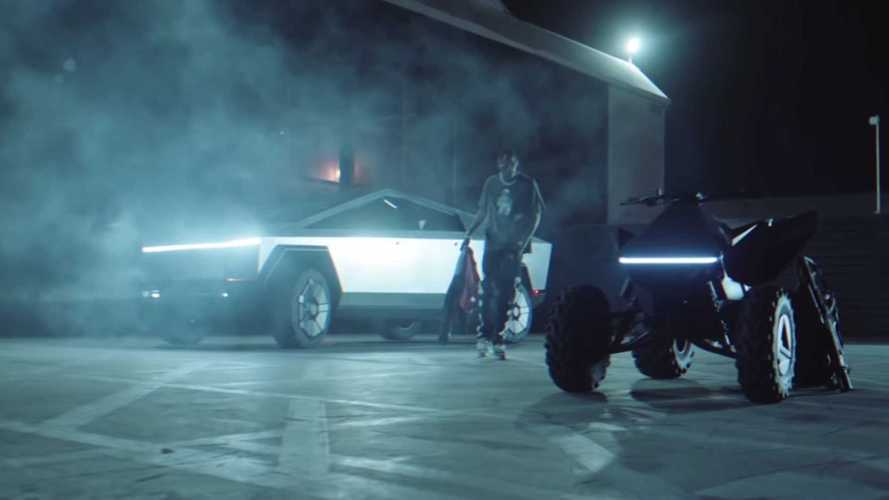 Was the ATV just an afterthought for Elon and his engineers, or will it be game-changing?

Posted on EVANNEX on September 26, 2020 by Denis Gurskiy

Tesla is plenty busy with its battery overhaul, Gigafactory expansions, software updates, and Autopilot advances. And, of course, Tesla's got a long list of new vehicles (Cybertruck, Semi, Roadster, Model S Plaid, and a $25k compact car) all in the pipeline. That said, Tesla's ATV might seem like an afterthought in the grand scheme of all things Tesla.

Above: Tesla Cybertruck has something special in back (Source: Tesla)

Look, it wouldn’t surprise me if you did a double-take after seeing the ATV on display during Tesla's Battery Day. Don't forget, this small EV first made its original debut at the Cybertruck launch long ago. It was (ahem) overshadowed by Musk's shock-and-awe intro to the company's all-new, apocalypse-ready, sci-fi pickup. Was the ATV just an afterthought Elon's engineers had as a fun lil' passion project?

I doubt it. Chances are this "Cyberquad" is an absolute industry game-changer. Prior to starting this article, I was blissfully unaware of the surprising dearth of options in the electric ATV market. As it turns out, the ATV made by Tesla has very little competition on the electric side of things. Granted, there are a few contenders from EcoCharger and DRR.

Below was supposed to be a table of just zero-emissions ATVs. However, having only three entries wasn't all that informative. So I included an electric UTV (like an off-road golf cart), as well as two popular gasoline-powered ATVs that could, I imagine, be competition for Tesla's forthcoming ATV.

Above: A look at pricing and specs of some models/makes that could be considered Tesla's ATV competitors (Source: EVBite)

Above: Our limited look at Tesla's ATV during the Cybertruck launch event (YouTube: DPC Cars via Tesla)

ATVs are not typically used for any sort of long-distance travel, so even if Tesla could deliver a range of ‘just’ 100 miles, it would already be competitive with a lot of gas-powered ATVs. And I gotta admit, it looks pretty cool when you drive it up onto the truck bed and plug it into the Cybertruck for a quick recharge.

This Bonkers Electric Quad Is The Tesla Cyberquad On Steroids

At this time, Tesla's ATV design aesthetic is the only thing we can be sure of. It's wrapped in sharp angles. And it has (what looks like) matching Cybertruck "clothing and accessories" all-covered in stainless steel body panels and accented with a horizontal light bar up front. The design is great if you're into an angular, stealth, cyberpunk aesthetic. Yeah, okay... I admit it, I want one.