Nissan Ariya: The Number Of Hand-Raisers Increases To 200,000

The company confirms a new kei car for the Japanese market.

By the way of its financial report for the past quarter, Nissan has released a small update on its electrification ramp-up.

For the FY21 (from April 1, 2021 to March 31, 2022), the Japanese manufacturer prepared two all-electric launches: Nissan Ariya (to be launched globally) and a new kei car (in partnership with Mitsubishi) for the Japanese market.

On the e-Power front (series-hybrid, non-plug-in), there are three new models: Sylphy in China, Qashqai and X-Trail in Europe. No sign about the e-Power system coming to North America yet. 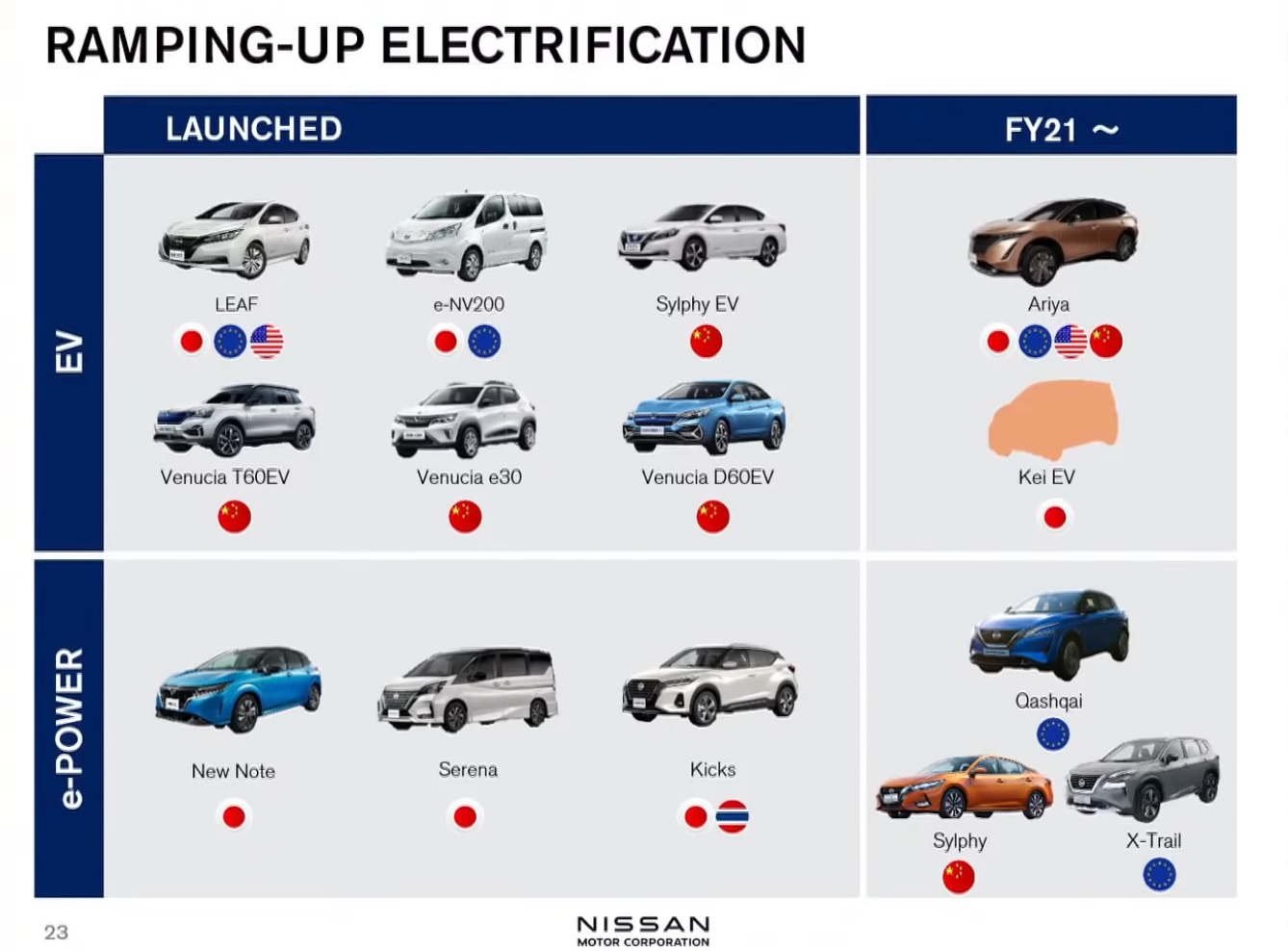 The launch of the Nissan Ariya is just around the corner and according to the latest update, Nissan has noted about 200,000 "hand-raisers". We believe that it means the potential customers that expressed interest in buying the car (not reservations).

That's good news because the previous report, in February, was over 100,000 globally.

"And the all-new Ariya crossover EV, a fusion of SUV and EV strengths, will open a new era of EV providing a seamless user experience and EV values beyond what customers see today. With around 200,000 handraisers, we expect it to grow into a model that symbolizes our brand."

The all-new electric kei car will be offered jointly with Mitsubishi, which is controlled by Nissan and part of the Renault-Nissan-Mitsubishi Alliance. It will be interesting to see the "successor" of the Mitsubishi i-MIEV (most likely it will not be related to the good old i-MiEV which recently retired).

"The all-new kei-car EV, which we are jointly developing with Mitsubishi Motors at NMKV, will be introduced in Japan ahead of our competition."

Nissan expands e-Power beyond Japan to new markets and the top two are China and Europe.

"We are also widening the application of the e-POWER system across our models and extending it beyond Japan’s success to China and Europe.

In China, we are applying the e-POWER system to six models by 2025 starting with Sylphy this fiscal year.

In Europe, Qashqai will adopt the world’s first variable compression engine engineered by Nissan, VC turbo, as an engine dedicated for power generation. We also plan to introduce all-new X-Trail e-POWER next fiscal year in the market. Nissan will be delivering additional e-POWER-equipped models in Japan."

The interesting thing is that within several years, the company intends to launch a third-generation of the system, that will have cost-parity with standard ICE vehicles.

A major improvement in the case of BEVs will be all-solid-state batteries. 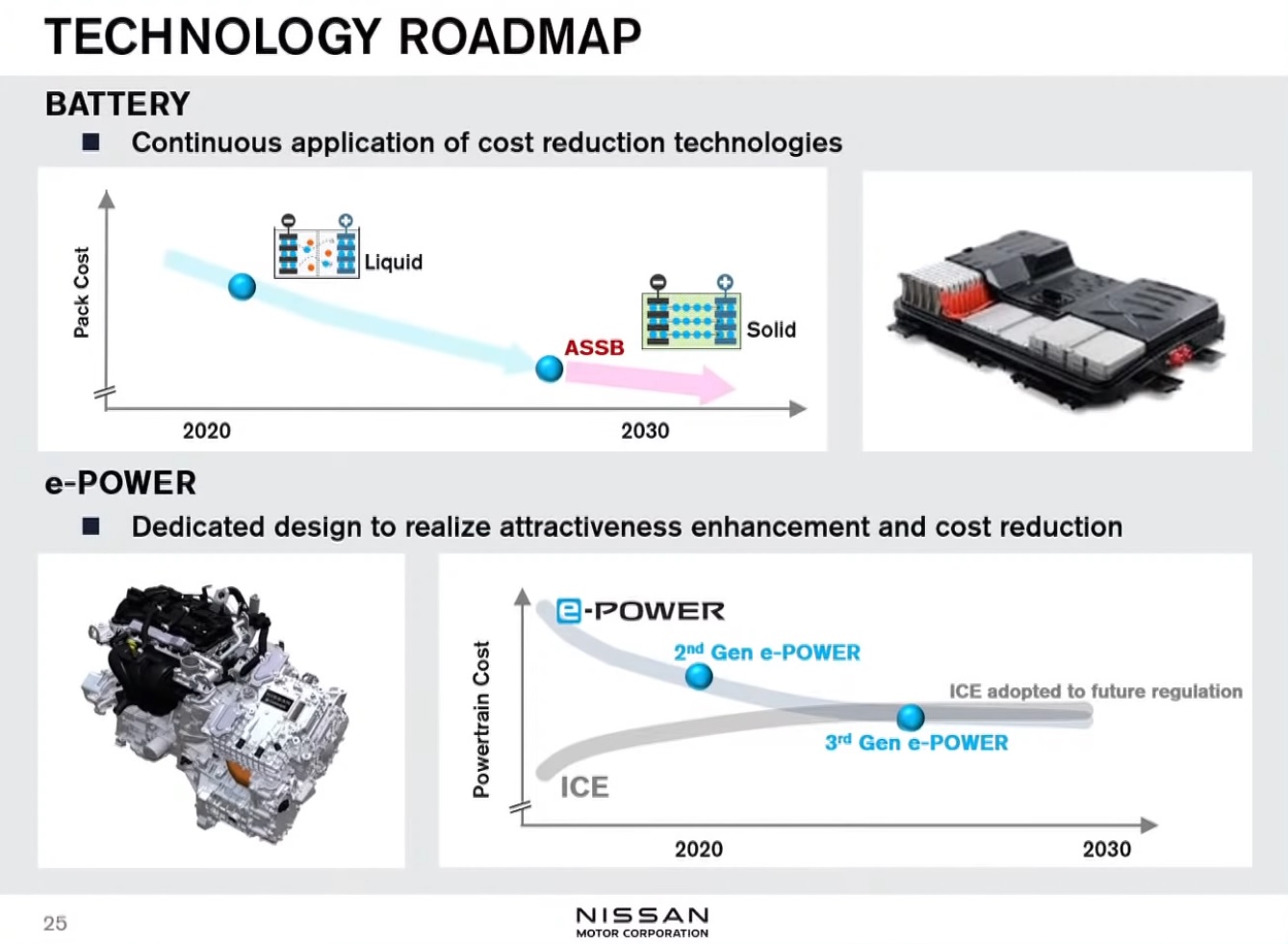