GMC Hummer EV Will Be Very Heavy, Could Weigh Over 9,000 Pounds

That’s over 4 tons and it’s even more than the original Humvee, a heavyweight in its own right.

According to a recent report, the GMC Hummer EV will be a real heavyweight among trucks, literally, with a reported curb weight of 9,046 pounds, or just over 4 tons. That’s more than a heavy duty dually pickup truck, which is quite a lot for what is essentially still considered a light duty vehicle.

GM-Trucks.com rightfully suggests that the heavy batteries needed to give such a big vehicle decent range could be to blame, at least in part. Batteries can account for up to a third of an electric vehicle’s total weight (in the most extreme cases) and the one powering the Hummer EV seems to be especially heavy.

The battery pack relies on GM’s new Ultium battery tech which is reportedly pretty advanced, but it also seems to be quite heavy. As the source points out, the Cadillac Lyriq, which has the same kind of battery cells, is pretty hefty too, at over 5,600 pounds (2.54 tons), which is on the heavy side compared to other vehicles its size.

It’s worth noting, though, that the Lyriq’s battery pack has 100 kWh capacity, while the Hummer’s is twice the size, at 200 kWh. The source also points to a post on the HummerChat forum where it has been reported that the Hummer’s gross vehicle weight rating (the maximum weight for the vehicle to remain safe to drive, payload included) is 10,400 pounds (4.71 tons).

This theoretically means the maximum allowed payload would be 1,354 pounds (614 kg), which doesn’t seem right for such a vehicle. So take these numbers with a grain of salt, especially since they have thus far not been confirmed by General Motors.

With all this in mind, you start to understand why such a heavy vehicle needs as much power as it does in order to perform. The Hummer EV has three electric motors delivering a combined 1,000 horsepower and 11,500 pound-feet, giving it a claimed nought to sixty time of 3 seconds. 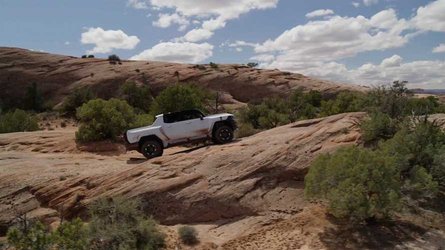 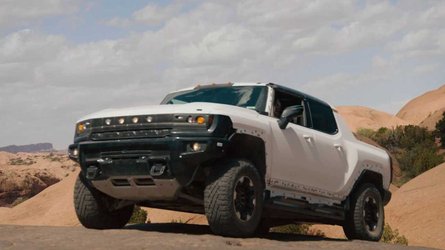