It presents new part numbers for an old and known problem with these cars.

Ask any Model S or Model X owner about an issue with the half shafts and the “acceleration shudder,” and they’ll probably tell you they know about it. Quite a few will tell you they had to replace half shafts under warranty at least once. It seems Tesla decided to solve the matter once and for all with a new service bulletin published on May 14, 2021. If you were affected, there’s no need to check it: yes, it presents new part numbers.

That means this one superseded the previous service bulletins about the same issue and that the earlier repairs will probably have to be done again. The first service bulletin about this issue that we have found dates from May 28, 2019. The SB-19-39-001 was then rectified on June 25, 2019, and on December 10, 2019.

The new service bulletin got the code SB-21-39-001, and it was released by the white hat hacker GreenTheOnly on Twitter. However, we have not found it on the NHTSA database so far.

Reading the answers there, we can see some of the affected owners check if the part numbers of the half shafts that need to be replaced are the same ones on their cars. The user ThomasL verified they are different.

Other users, such as Sergio Rodriguez, shared how many times they already had to fix the acceleration shudder. You already know Rodriguez from some of the stories he shared with InsideEVs about his Model X and his Ford Mustang Mach-E.

We have also mentioned the acceleration shudder in at least two articles. The first is from October 2019, when TFLCar was trying to achieve the acceleration times Tesla promised for their Model X.

At the time, Roman Mica said that the CV (constant velocity) joint and the half shaft form an angle at the standard suspension height that would put a lot of pressure on the CV joints. So to prevent issues, Tesla would restrict the power delivery to protect the CV joints unless the car was at its lowest suspension height.

If the acceleration shudder is related to that, that could indicate the issue is not caused by defective components but by a design mistake instead. If that is really the case, new parts may only be able to mitigate the issue, not to solve it. 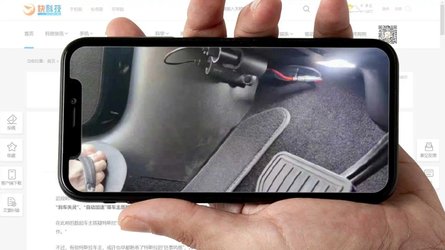 Chinese Tesla Owners Are Installing Brake Cameras In Their Cars 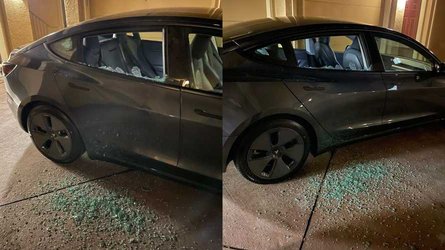 The second article was about suspension issues on Tesla vehicles. One owner who decided to identify only as JN reported that his Model X presented a “serious shaking coming from the front suspension” under hard acceleration.