It's official, and there's an image to prove it.

Just recently, we reported on rumors that Tesla may already be testing its megacasting process for the Model Y at its upcoming Gigafactory in Austin, Texas. As it turns out, the reports were true. Now, an image was shared that proves it. It also shows just how large the single-cast parts actually are.

Interestingly, when some people got a first look at the image, they immediately assumed it must be a cast for the Tesla Cybertruck. Depending on how you look at it, it can appear quite large, especially in comparison to the workers standing near it. However, it has been confirmed that it's actually a Model Y underbody.

The image was shared on LinkedIn by Axel Turck, a German engineer for die casting. Turck is also managing director at Emil Turck GmbH & Cie KG.

The message reads as follows (translated by LinkedIn).

130kg shot weight, since the big IDRA nut had to press powerfully. Congratulations to all Tesla "birth erupts".

The press residue could be a little thicker.

Luck on all foundries.

Now "our" arrogant automobile builders with their bellies bloated by state aid are likely to descend from the high horse.

Who wants to join us

learn the profession of foundry mechanic ? The position as of 1 August 2021 is still vacant.

As you can see, the workers are standing in front of the IDRA "Giga Press" admiring the Model Y's front megacasting. Turck doesn't say the casting is a Model Y, which is likely why people started speculating on social media.

However, all you have to do is check Tesla's website for images of the casting that were previously shared at Battery Day last September. It becomes very clear that the images provided by Tesla match almost perfectly with the real deal. Check it out below. 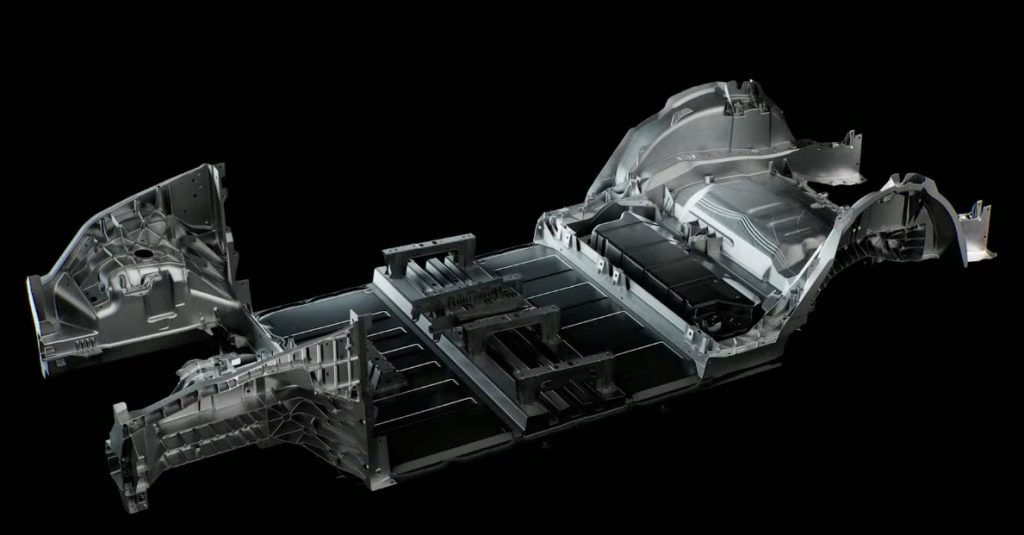 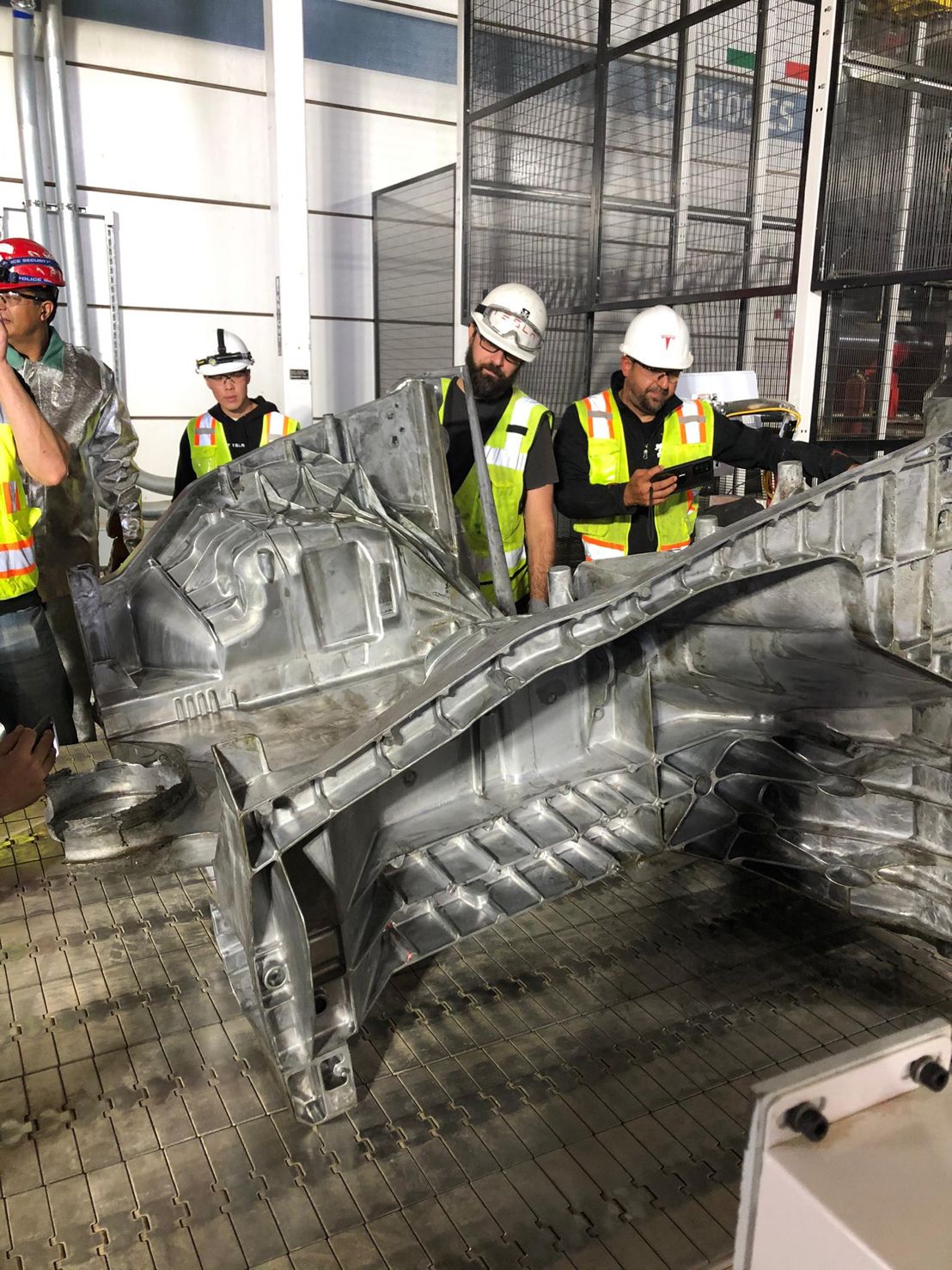 Turck mentions in LinkedIn comments that the photo was taken in Texas. The image was sent to him by an industry acquaintance. We assume he had permission to share it with the world, but who knows. It's out there now, and that's really all that matters. It will be interesting to watch Tesla's progress with megacasting into the future.

See the related Giga Press video from IDRA Group below. Then, as always, scroll down an leave us a comment.